A detailed understanding of environmental issues such as pollution, climate change and environmental remediation plays an important role in protecting human health, the environment and preparing land for redevelopment. Therefore, there is a high demand to find long term solutions to environmental problems we are currently facing. In order to overcome these issues it is crucial to use advanced analytical techniques to study various materials in the areas of microbiology, geology and geochemistry. 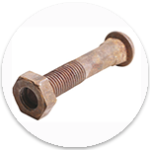 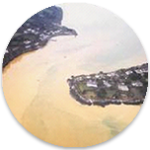 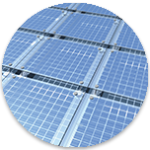 Efficient Use of Resources 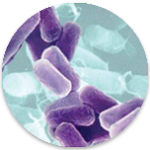 Evaluating the long-term risk from radioactive particles at Fukushima

In March 2011 a major earthquake hit Japan’s East coast.  Although the six nuclear reactors at the Fukushima Daiichi Nuclear Power Plant (FDNPP) were robust enough to survive the seismic effects, the subsequent 15 metre tsunami had devastating effects, causing a power failure and loss of core cooling. Rising heat within the reactor cores caused the fuel rods to overheat and partially melt down, and radioactive material was released into the surrounding area.

Over recent years we have seen a global move towards renewable energy not only to support increased demand for energy but also to reduce the production of carbon dioxide, a common pollutant from burning fossil fuels. Engineers and scientists are continually looking at ways to store this energy during periods of low user consumption (day-time) and to maximise its usage during periods of high demand (evening-time).

In the chemical industry and industrial research, catalysis plays a vital role. Catalysts are in constant development to fulfil economic, political and environmental demands. Gaining valuable new information about the atomicnanoscale chemical structure, coupled with information about the micro-distribution of such species, has applications across a wide range of disciplines such as materials, biomedical, environmental, and geophysical sciences.

In today’s battle against climate change, replacement of conventional cars with battery electric vehicles (BEV) offers an opportunity to significantly reduce future carbon dioxide emissions. Currently, BEVs employ lithium-ion batteries which are expensive to produce and have significant drawbacks; their safety and limited transport being the main issues. Significant interest is therefore being shown in replacing these lithium-ion batteries with a lithium-sulfur battery (LiS or Li2S/Si), which operates using a cheap and abundant raw material with about a two-fold higher specific energy compared to lithium-ion batteries. 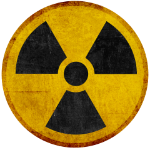 Management and disposal of higher activity radioactive wastes is a significant issue across the developed world as many countries with a history of nuclear power generation and military activities seek long term solutions for these materials. The most common disposal choice is containment within a deep geological disposal facility (GDF). To remain effective over the long term, the design of a GDF must limit the mobility and migration of radionuclides.

Catalytic production of methanol is an industrially important process and this high-energy density liquid is widely used in the manufacture of plastics and synthetic fibres, and in fuel cells. Currently, methanol is synthesized on a large scale using natural gas from an energy-inefficient process, which requires an endothermic, and therefore thermally intensive, step to completely break down the methane to CO/H2 before methanol can be formed. Scientists from the University of Oxford were keen to explore an alternative non-syn-gas route for methanol production utilising ethylene glycol (EG) which can be sourced from biomass.

Using current technologies, it is possible to store and transport hydrogen as a liquid at very low temperatures, or a gas under very high pressure, but both of these have serious implications for weight, cost and safety. Metal-organic frameworks (MOFs) are extended molecular structures constructed from metal cations linked by organic molecules. They have recently shown considerable promise in a wide range of applications, including hydrogen storage, catalysis and drug delivery.

Removing environmental contaminants such as heavy metals from polluted water systems is a problem across the globe. New advanced materials are needed that can prevent pollution and “clean up” existing contaminated environments. Green rust (GR) compounds are a unique class of materials which form in natural environments and can be synthesised in the laboratory. The unique structure and chemistry of GR nanoparticles means that these phases can chemically transform (reduce) and immobilise many toxic metals such as chromium and uranium. This process can significantly reduce the bioavailability of the contaminants.