Please reference the beamline and the branchlines with these new names in your publications.

X-ray emission spectroscopy (XES) is one of the so-called photon-in - photon-out spectroscopies in which a core electron is excited by an incident x-ray photon and then this excited state decays by emitting an x-ray photon to fill the core hole. The energy of the emitted photon is the energy difference between the involved electronic levels. The analysis of the energy dependence of the emitted photons is the aim of the X-ray emission spectroscopy. 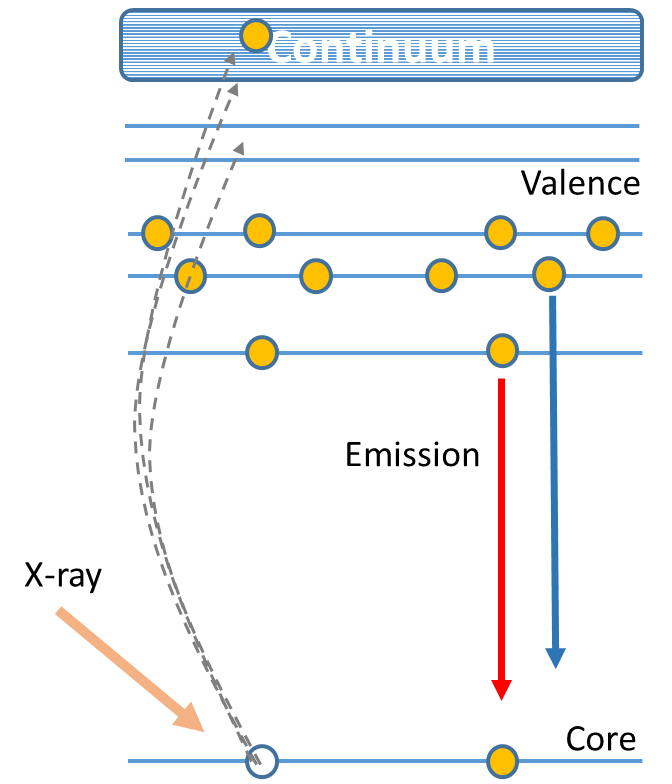 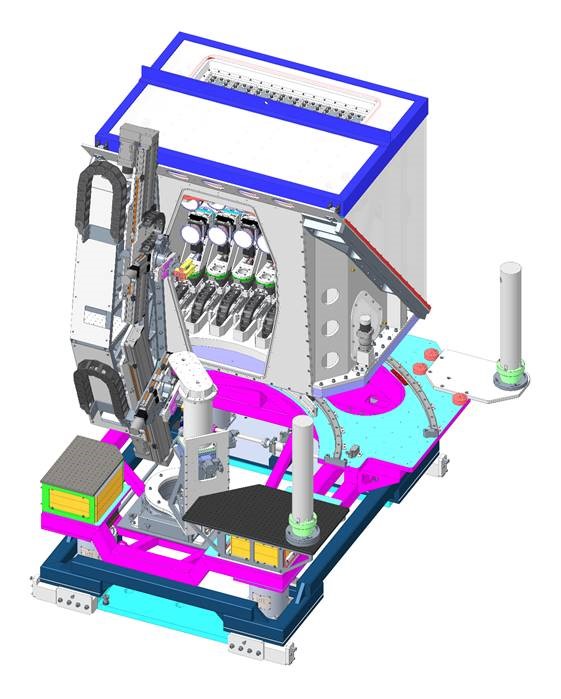 There is a list of available analyser crystals and what emission lines they can be used for available here.

XES is a technique complementary to X-ray absorption spectroscopy (XAS) that provides valuable information with respect to the electronic structure (local charge- and spin-density) as well as the nature of the bound ligands.

An example of in-situ experiment performed with the I20 XES spectrometer using the in-house Plug Flow Reactor below. The spectra were measured in a Kapton tube (1.62mmOD; 80mm wall-thickness) from a SiO2 aerogel loaded with 5 wt% CeO2. For this experiment, the XES spectrometer was equipped with three Si(400) analyzers and the Si-drift detector to measure the Ce L-line, 4839eV. 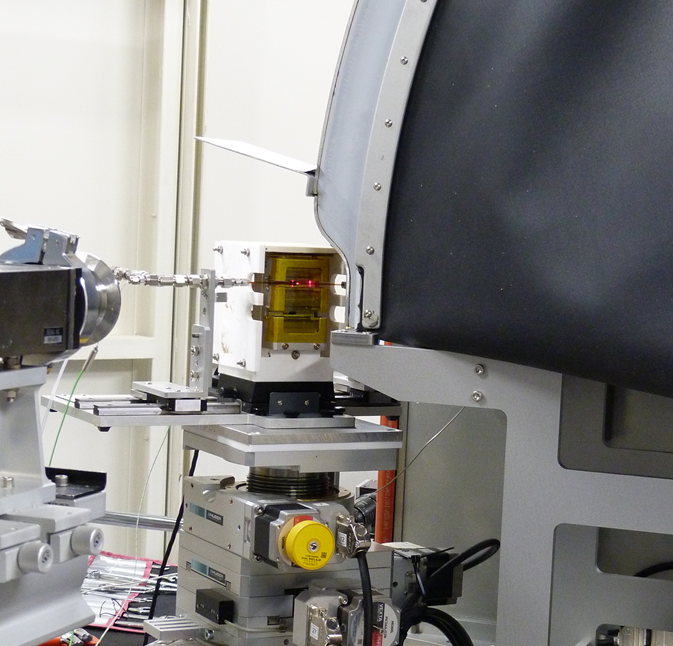 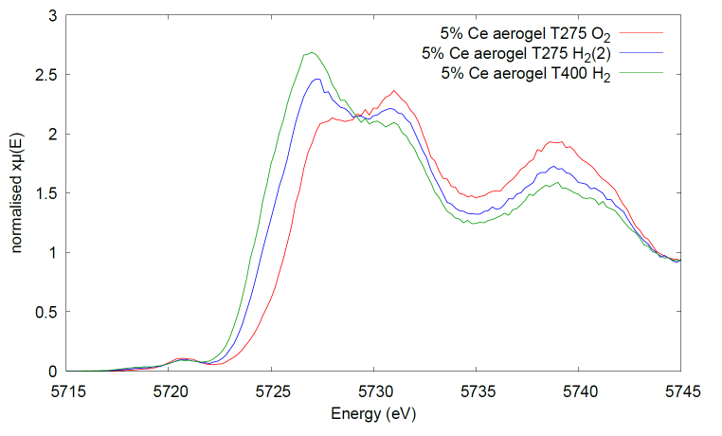 Figure showing the HR-XANES spectra collected at 275C and then at 400C after the reduction treatment (Anna Corrias et al., University of Kent).