​The latest in the series of S4SAS workshops and User Meetings was held at Diamond in July. Keynote Speakers for the User meeting included

The Subsequent Science meeting was attended by over 50 delegates from all areas of the SAXS community in the UK and Europe. 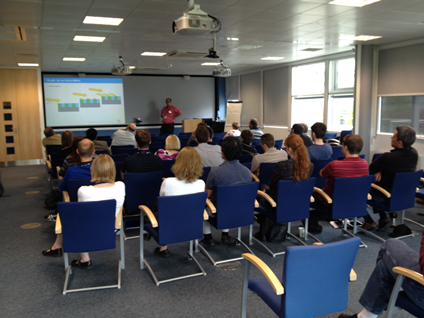 The poster prize, presented by Dr Andy Pickford from Portsmouth University,  was won by Helen Troilo from Manchester with a poster entitled "The nanostructure of the BMP antagonist chordin reveals novel roles for the terminal domains in regulating bioactivity" 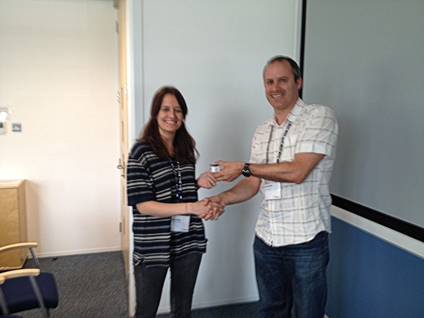 Diamond and Cardiff University (School of Optometry & Vision Sciences) held a workshop for scientists new to SAXS and a user meeting in Cardiff, September 1-3 2010. Latest results plus future prospects for SAXS at Diamond (I22, B21, I12, etc,..) were discussed together with a perspective of the field from the wider international SAS community.