I04-1 is a fixed wavelength monochromatic beamline, with its undulator in I04's straight section. The beamline is aimed at high-throughput data collection for well-diffracting crystals, with off-the-shelf robotics and a stable beam thanks to a simple beamline design. Flux has been significantly increased since the insertion device install in July 2022 offering 3.8x1012 (photons/second) with the 70um apeture.

As of April 2015, the beamline is also offering a world-first, namely routine medium-throughtput fragment screening by crystal structure, including all steps from crystal soaking and harvesting to data analysis.  Full details and application process are here. 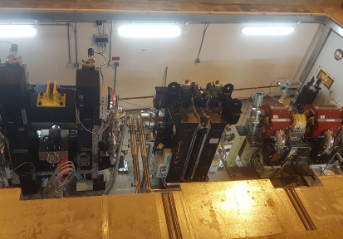 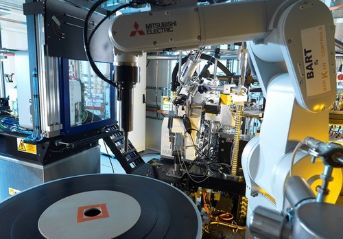 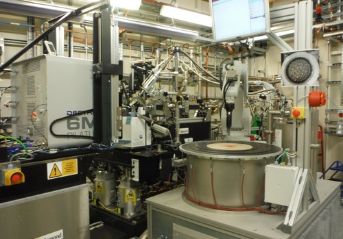 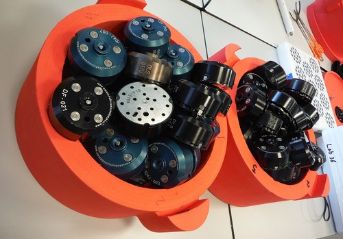 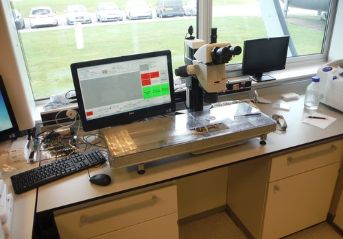 I04-1 delivers a high-throughput approach similair to that pioneered in industry, where it is axiomatic that the best way to study ligand binding involves developing a well-diffracting crystal system, which allows for the rapid X-ray data collection necessary to observe the binding of the many compounds generated by medicinal chemistry.  The implication for a beamline is that flexibility is less important than stability and speed. I04-1 is heavily utilised by the XChem platform, as well as being fully availiable to the MX user community for rotational cryogenic experiments.

The research focus is on taking high-throughput approach to its logical extreme, namely all aspects of implementing and exploring routine medium- throughtput fragment screening by crystal structure.  This involves a lot more than just the X-ray experiment, and since late 2012 the beamline has been partnered with the Protein Crystallography group, now at the Centre for Medicince Discovery in University of Oxford.

Please discuss your requirements with a member of the beamline team before your experiment.