Dr Mark Frogley is a Senior Beamline Scientist on B22.  Mark joined Diamond in 2007 after working at Imperial College London, Physics Department.

In collaboration with Prof. Chris Phillips of Imperial College London, we develop novel materials and devices based on infrared intersubband transitions (ISBTs) in semiconductor nanostructures. The energies and couplings between these electronic states can be designed for novel optoelectronic devices such as lasers and solar cells. These crystalline metamaterials can even behave as "artificial atoms" where the quantum coherence of states leads to exotic behaviours such as quantum interference and optical gain without population inversion. Such coherent control promises a new generation of devices e.g. for processing secure quantum information.

At Diamond, we are investigating ISBT "quantum cascade" devices which are being developed as next generation IR light sources but also exhibit quantum coherent behaviour due to strong light-matter coupling in the laser cavity. The high brightness synchrotron IR beam allows us to understand the electron dynamics in the microscopic sized devices, during operation, using time resolved infrared microspectroscopy. We are also developing patented "quantum ratchet" solar cells which use large numbers of quantum wells with different energy states to harvest a wider spectral range of sunlight than normally possible. The high brightness and ultrabroadband IR beam allows us to understand and develop the devices under illumination conditions similar to maximally concentrated solar radiation. The pulsed nature of the IR beam provides information on the electron dynamics.

With Dr. Asa Barber at Queen Mary University of London, we developed a nanoscale mechanical testing system with in-situ infrared microspectroscopy, to follow molecular deformations of natural and synthetic micro/nanofibres and samples cut from microstructured materials. We can determine the instrinsic behaviours of different phases and the interface properties: local molecular behaviour can be correlated with the local stress/strain state. We applied this technique to electrospun polymer fibres and graphene oxide papers (collaboration with and Dr. Luqi Liu at the National Center for Nanoscience and Nanotechbology, Beijing) and are investigating the origins of high strength in biomaterials. 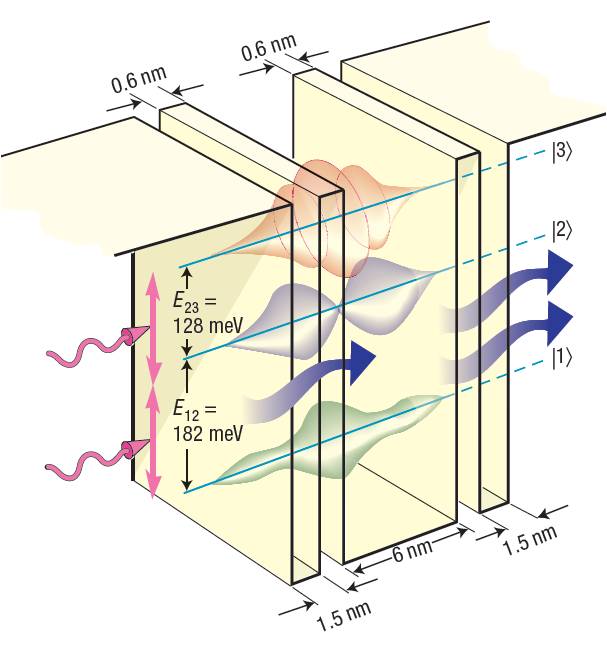 As senior beamline scientist, my key role is in the support of user experiments including tailored optical setups for unusual experiments, developing sample enviroments for a wide range of applications, and data analysis. I assist in design and development of the infrared beamline and endstations. As well as my own scientific research, I conduct in house research as part of the beamline team, which is currently focussed on super-resolution infrared imaging.