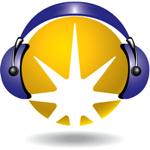 Meera Senthilingam: Welcome to the Diamond Light Source Podcast with me, Meera Senthilingam. This month we’re understanding and protecting our planet as we discover the latest developments in environmental science. We’ll be finding out how bacteria can be used to clean up arsenic contaminated water in Bangladesh as well as discover a new form of solar cell made of plastic that will, hopefully, make this renewable source of energy available to all.

Meera: So it’s quite impressive by the sounds of it, I’d quite like to see it. I mean it’s been taken around the world for stitches to be added to it, where can people go along to see it, is it just at diamond?