In 2019, there were approximately 38 million people with HIV/AIDS worldwide. Most of these cases are in low- and middle-income countries, which also suffer from other infectious diseases, food insecurity, and other serious problems. Beyond individual health, the HIV epidemic also impacts households, communities, and national development and economic growth. Too many people live without access to prevention, care, and treatment, and there is still no cure for HIV. When HIV replicates, it produces immature particles that are not infectious. These then undergo a maturation process to become infectious. Researchers are investigating drug compounds that work as maturation inhibitors, preventing the immature particles from becoming infectious. In work recently published in Communications Biology, scientists used cryo-electron tomography (cryoET) and subtomogram averaging (STA) to solve the structure of Gag (the HIV structural precursor protein cleaved by viral protease to produce mature infectious viruses) at high resolution. Their results provide a blueprint for the future development of small molecule inhibitors.

Why is Gag important? 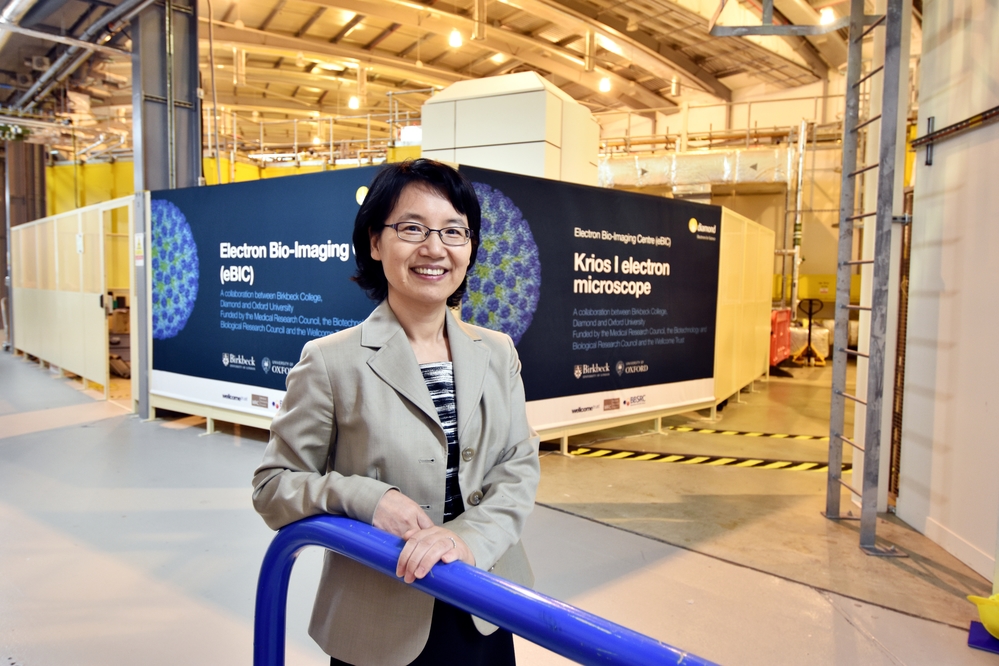 One way to tackling the virus is to target the protease and prevent it from cleaving the immature virus particles. Small molecules can be designed that block the protease action. However, this strategy is vulnerable to mutations and drug resistance as the virus evolves to counter it.

An alternative strategy uses small molecules to bind to the immature virus particle and prevent it from being cleaved. Previous research has shown that the CA and SP1 domains form the immature viral lattice and that mutations in this region make the virus less infectious. This makes the SP1 region a promising drug target. However, to design suitable drugs, we need to understand the structure of the Gag protein.

Gag has been hypothesised to be a six-helix bundle. However, solving Gag's structure has been challenging. It assembles into highly heterogeneous particles and is not easily crystallised. With crystallography ruled out, researchers have turned to other high-resolution imaging techniques to get a good look.

In this research, the team investigated two different types of immature Gag assemblies. Both types carried a single amino acid mutation (T8I) in SP1 that stabilises the six-helix bundle. This allowed the researchers to discern the entire CA-SP1 helix connecting to the NC domain. One type of Gag assembly was made in vitro in E. coli bacterial cells. The other was from purified viral-like particles (VLPs) produced in mammalian cells.

Using the new technique, the team solved the structures of full-length CA-SP1 from both assemblies at resolutions of 4.2 Å and 4.5 Å. This resolution is high enough to allow researchers to investigate the interaction of Gag with small molecules. In this case, the team looked at the combination of Gag with IP6 (inositol hexakisphosphate), a small molecule that acts as a co-factor stabilising the Gag hexamer. HIV uses the IP6 produced in mammalian cells.

However, bacterial cells do not produce IP6. Surprisingly, the studies showed that, in the absence of IP6, Gag proteins produced in vitro were stabilised by another small molecule. At present, the nature of this molecule remains unknown. The researchers are collaborating with a team at the University of Oxford to identify it.

The structures uncovered by this research provide a blueprint for the future development of small molecule inhibitors that can stabilise SP1 and interfere with virus maturation, blocking HIV-1 infection.

eBIC (the UK's national cryo-EM facility) provides scientists with state-of-the-art experimental equipment and expertise in the field of cryo-electron microscopy. To find out more about eBIC, or to discuss potential applications, please contact Daniel Clare: daniel.clare@diamond.ac.uk.