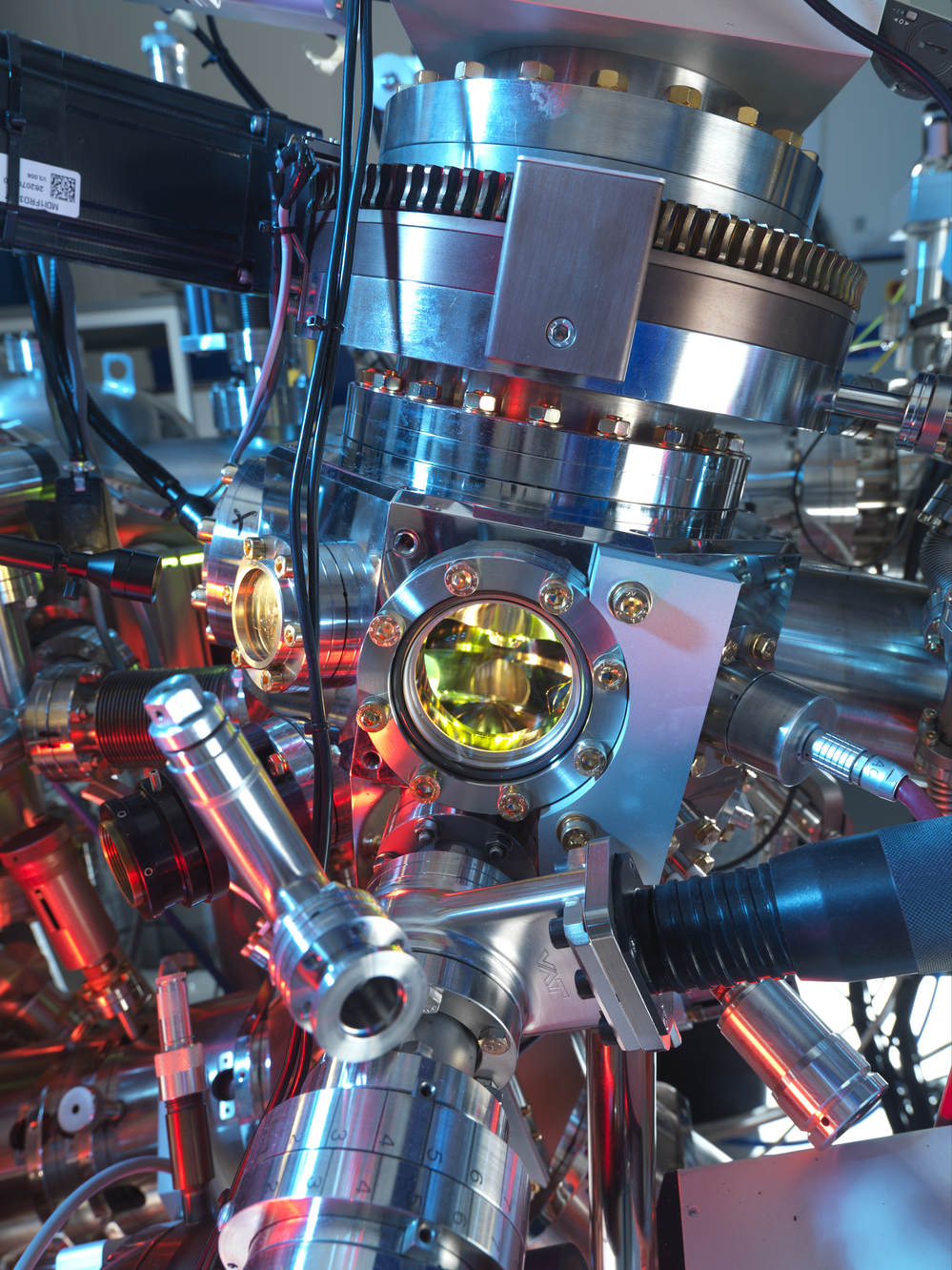 Ferromagnets and antiferromagnets are two fundamental classes of materials with magnetic order. Ferromagnets, that have been discovered more than 2000 years ago, are more common and very thoroughly researched; these are the magnets that can stick to your fridge door. Antiferromagnets on the other hand, will not stick to your fridge. Their atoms all contain magnetic moments, but they are pointing in opposite directions when moving from one to the neighbouring atom in the crystal. In ferromagnets, these atomic moments align parallel to each other to create a detectible magnetic field. However, the antiparallel order of atomic moments in antiferomagnets means that the net field cancels out and cannot be detected on the outside of the material, which is why they will not stick to your fridge and they will be virtually unaffected or attracted by other magnets. This is also the reason why, despite the existence of antiferromagnetism being predicted in 1930, it has taken until almost the turn of the 20th Century, and the use of Synchrotrons, to take images of their microscopic structures.

Controlling the magnetic moment with light

A team led by researchers from the Czech Republic and Nottingham worked with their colleagues on the Nanoscience beamline (I06) at Diamond using a technique called X-ray magnetic linear dichroism photoemission electron microscopy (XMLD-PEEM). Using this technique, they were able to monitor the internal magnetic structure of antiferromagnetic CuMnAs films on the tens of nanometer scale. They discovered that they were able to control the antiferromagnetic domains using either electrical pulses or ultra-short (femtosecond) optical pulses.

Can we produce mini-brains?

The results of the study indicate that antiferromagnets could be used to write data much faster and in a much smaller physical volume. This could mean that future electronics based on antiferromagnets would be much smaller and capable of holding much more information than current technologies.

During the experiments the researchers also saw that antiferromagnets behave more like neurons in a human brain than typical digital devices. This is due to the fact that antiferromagnets do not only store information but can recognise and respond to different numbers of stimuli pulses as well as time delays. This is strikingly similar to the complexity seen in biological neurons, giving antiferromagnets the potential to create complex "neuromorphic” devices in the future. The researchers calculate that these antiferromagnets will be able to produce a neuron that is effectively twelve orders of magnitude faster than the neurons currently firing inside our brain. However, the challenge to creating a fully artificial brain is that these antiferromagnet neurons cannot currently be packed at a high enough density. This will be an active area of research going forward.

To find out more about the Nanoscience beamline (I06) at Diamond, or to discuss potential applications, please contact the Principal Beamline Scientist, Sarnjeet Dhesi: sarnjeet.dhesi@diamond.ac.uk