Scientists from the University of Exeter, Diamond Light Source, Advanced Light Source, the University of Oxford and UC Berkeley reveal that a spin current in an insulating antiferromagnet is mediated by coherent evanescent spin waves. Their work, published in Physical Review Letters, utilizes the capabilities of element specific x-ray ferromagnetic resonance (XFMR), which enables the detection of both phase and amplitude of the transmission of pure spin current through the antiferromagnet. 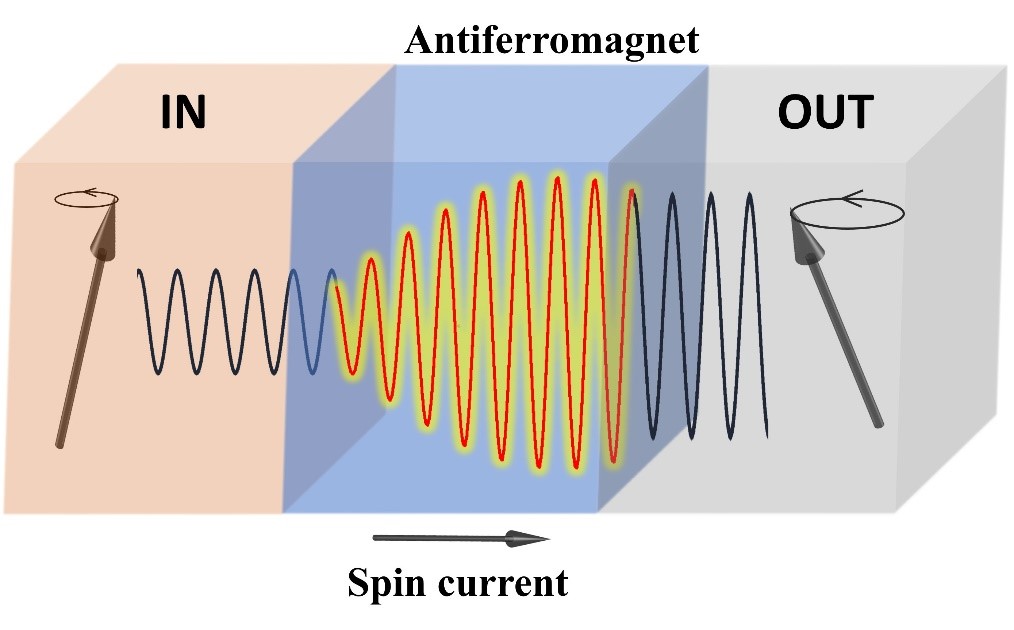 Fig. 1: Spin current propagating through antiferromagnetic NiO is shown to be coherent and to exhibit gain, paving the way towards spin current amplifier devices for low loss electronics.

Recent experiments have demonstrated that pure spin currents may be transported over long distances within antiferromagnetic materials (AFMs) and that antiferromagnetic domains can be switched electrically.  Since AFMs are insensitive to stray magnetic fields and can be resonantly excited at THz frequencies, they show outstanding promise for use in spintronic applications. However, to realise the full potential of AFMs, it is essential to explore the coherence of the spin currents that they mediate, since the phase of the spin current provides an additional degree of freedom for exploitation within information processing.

Among the different AFMs studied, particular attention has been given to electrically insulating nickel oxide (NiO) films, which not only transmit – but can also enhance a spin current at room temperature. Up to now, GHz frequency spin current from a ferromagnet has been injected into an antiferromagnet and the time-averaged dc component has been detected in an adjacent nonmagnetic layer by means of spin-to-charge conversion. However, using this established approach, no insight into the underlying dynamic processes within the antiferromagnet was obtained, so it has remained unclear how spin angular momentum can be transferred from GHz frequency magnons within a ferromagnet to eigenmodes of an antiferromagnet at THz frequency.

In their recent work, the research team was able to probe directly the injection and transmission of ac spin current through epitaxial NiO layers using element-specific and phase-resolved x-ray ferromagnetic resonance (XFMR) (see Fig. 2). By combining experiments from two synchrotrons (Diamond and Advanced Light Source) performed on samples with different NiO thicknesses and different non-magnetic spacer layers, the researchers were able to conclude that the spin transport can be explained by the excitation of evanescent GHz magnons within the NiO (Fig. 1). The mechanism of evanescent spin waves has been considered only theoretically until now. It relies on the efficient transport of spin angular momentum of electrons by excitation of a pair of coherent evanescent AFM spin waves, associated with the two non-degenerate intrinsic AFM resonances. The XFMR results confirm that the phase of the ac spin current transmitted through NiO is a robust quantity that may be exploited in information processing.  Furthermore, the spin current may be controlled in nanometre-thick NiO layers what allows to scale-down spintronic devices.  The experimental confirmation of the evanescent GHz spin wave model establishes the feasibility of spin current amplification and opens the door for the construction of spin current amplifiers at frequencies ranging from GHz to THz.  The prospect of nanoscale, coherent spin devices that also provide gain will be of great interest to the spintronics community.

Access to the XFMR technique, which is available at Diamond Light Source, was crucial for the detection of the magnetization dynamics associated with the flow of spin current within the antiferromagnet. The discovery of amplification of coherent spin current at room temperature presented here will certainly trigger further interest in XFMR and its development. In particular, future experiments employing XFMR to probe directly the dynamics of antiferromagnetic spins are highly desirable. 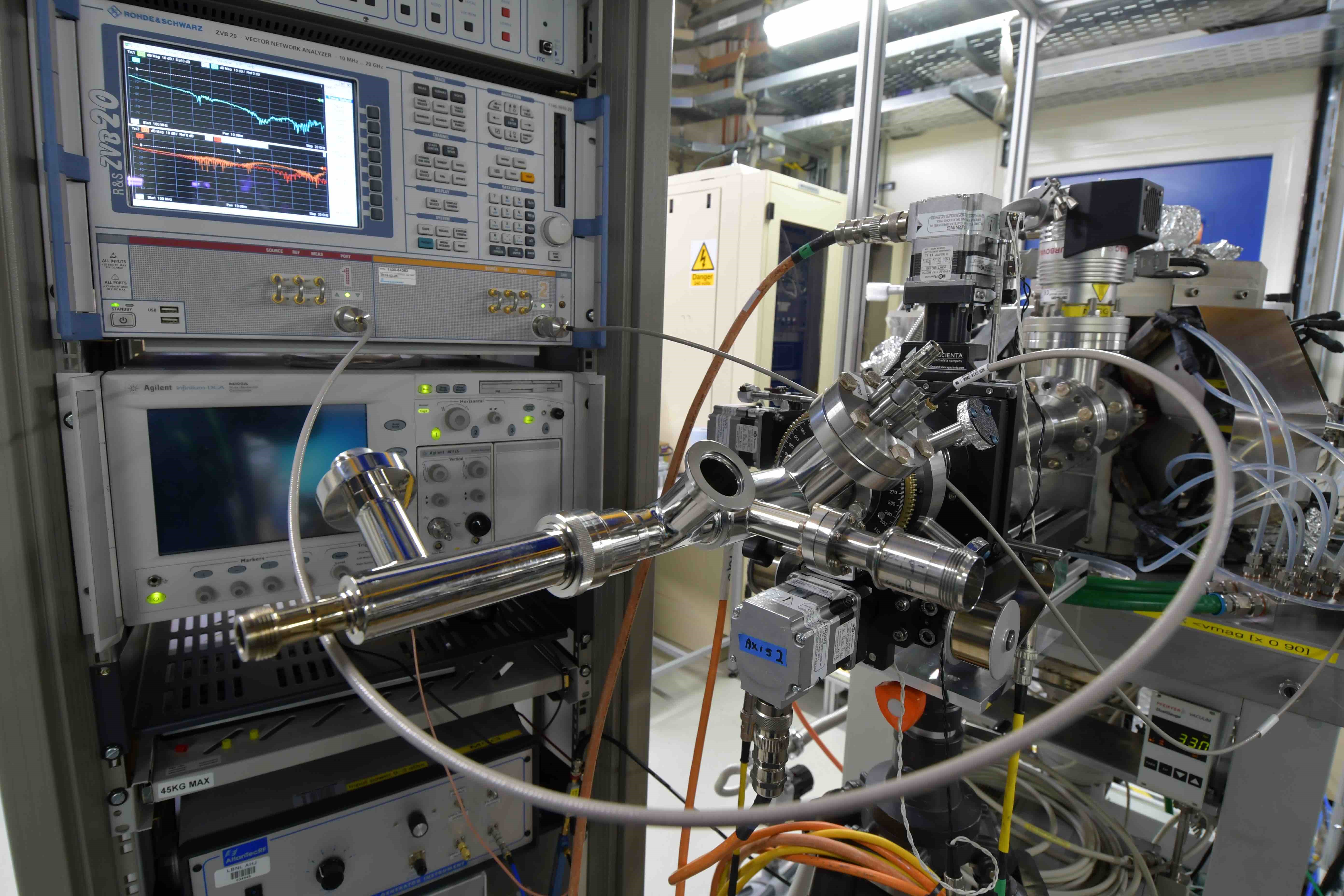 To find out more about the I10 beamline, or to discuss potential applications, please contact Principal Beamline Scientist Paul Steadman: paul.steadman@diamond.ac.uk.