The structure of Herpes Simplex Virus (HSV) has been the subject of Electron cryomicroscopy (CryoEM) investigations for more than 30 years. Details of one particularly important area have, until now, proven elusive. Herpes virus particles have a portal-vertex structure, a molecular motor through which the viral genome is injected into the nucleus of new host cells. After infection, the portal is also used when the virus replicates, allowing the transfer of viral material into a new viral shell (capsid), which will then be used to infect more host cells.

The portal-vertex is a critical feature for virus replication and infection. However, it is a small feature, particularly in relation to the capsid, and it is surrounded by other proteins. It is also an asymmetrical feature, set against the symmetrical context of the capsid. With the computational methods normally used to produce a 3D structure from a series of 2D images, symmetrical features tend to dominate, and compromise imaging of asymmetrical features.
In work recently published in PLOS Biology, Dr David Bhella reports on how he combined state-of-the-art imaging at eBIC and a novel image processing technique to gain new insights into the structure of a molecular machine critical to the biology of an important class of human pathogens.
Tweet

Estimates suggest that around 90% of the world’s population are infected with Herpes Simplex Virus 1 and/or 2 (HSV-1 and HSV-2). These viruses are both highly contagious, with HSV-1 bring the primary cause of cold sores, and HSV-2 of genital herpes – one of the most common sexually transmitted diseases. HSV-1 and HSV-2 belong to the Herpes family of viruses, which can enter a latent state and then reactivate periodically; infection with HSV is a life-long condition. HSV can cause more serious conditions, including keratitis (which can lead to sight loss) and encephalitis (a potentially-fatal inflammation of the brain). Other members of the Herpes virus family are notable human pathogens, causing chicken pox and shingles and congenital abnormalities, and linked to several types of cancer. 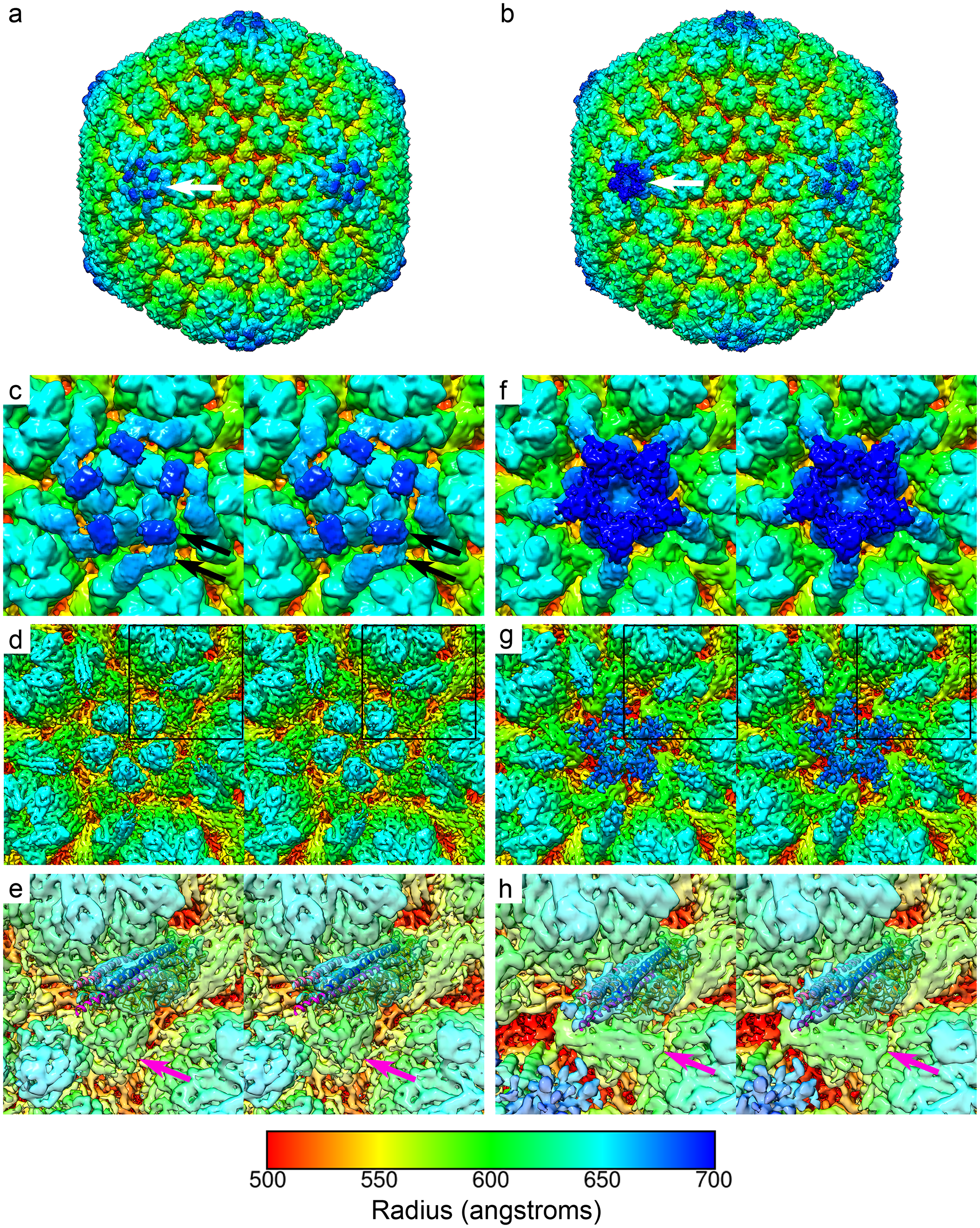 Dr Bhella is Director of the Scottish Centre for Macromolecular Imaging, at the Centre for Virus Research (CVR) at the University of Glasgow, a centre of excellence in virology research. Whilst working on another research problem, Dr Bhella developed a novel image processing technique. Realising that it could also be applied to Herpes viruses, he retrieved some existing samples of the virus and brought them to eBIC. He was able to do so very quickly, because Scottish institutions have ‘bag’ access to eBic; Dr Bhella was able to ‘bag’ the next slot for his investigations. Dr Bhella has made numerous productive visits to eBIC, learning the capabilities of the facility and how best to make use of it.
He says,

“I love coming to Diamond! The support from the eBIC team is very good, we can just turn up with prepared samples and the eBIC scientists will set up the experiments for us. In fact, we can send prepared samples instead of visiting ourselves, and we have done that on occasions, and collected the data remotely. The expertise at eBIC is first rate – if you have a good sample, you’re assured of good data.” 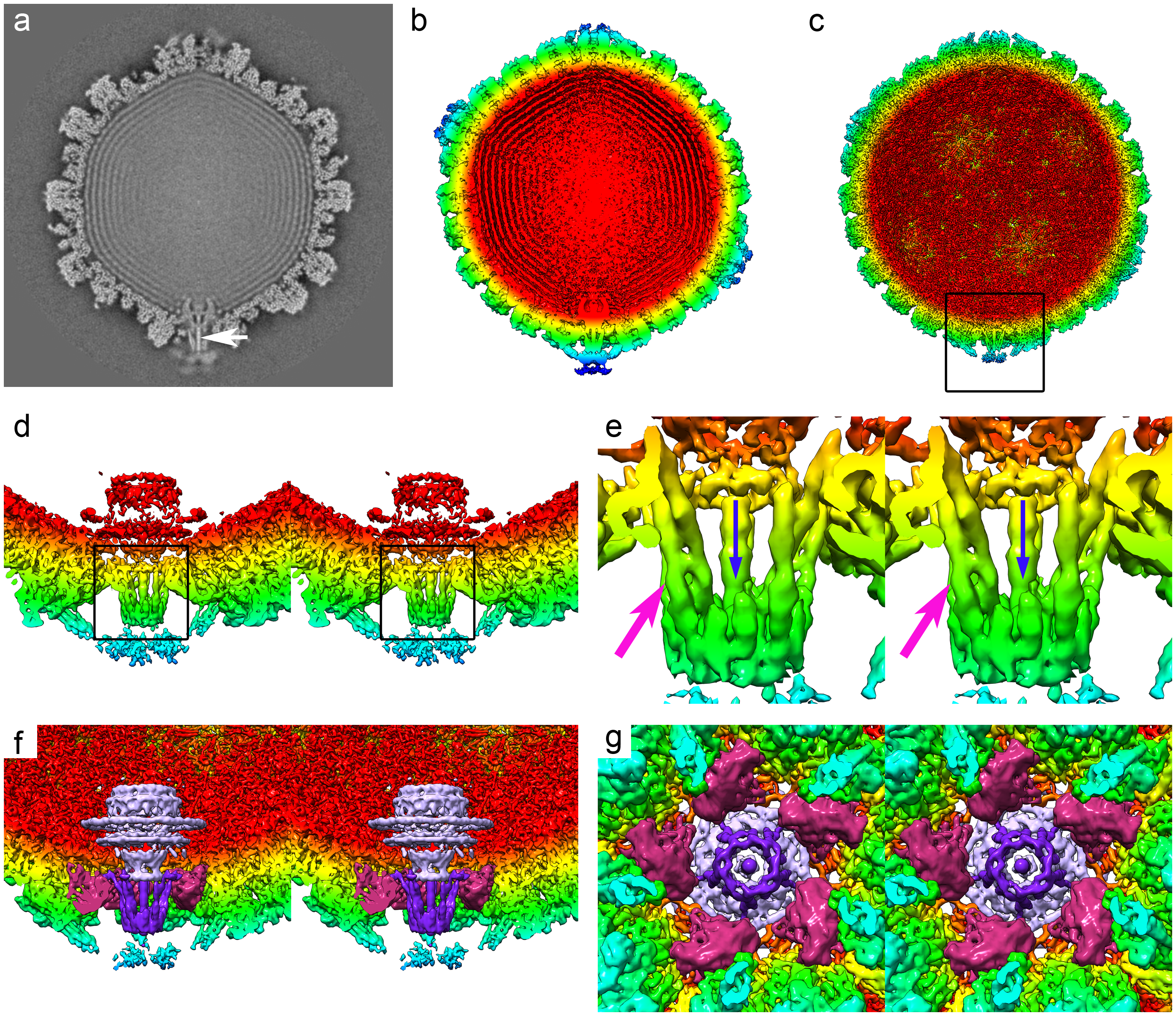 Dr Bhella used cryogenic electron microscopy (cryoEM) to capture 3,702 micrographs, from which a dataset of 6,069 virion image was extracted. He then applied a novel image-processing approach to determine the structure of the portal-vertex. The results show the structure of the HSV portal-vertex at subnanometer resolution, which has led to a number of new discoveries, including the presence of two previously unknown structures associated with the portal-vertex. The 3D reconstruction also shows that one end of the viral genome extends outside the portal, which has previously only been seen in bacteriophages, not eukaryote viruses.

The new SCMI is very similar to eBIC, and has been setup to expand the opportunities for CryoEM in Scotland. You can read more about it on BBC News online. Dr Bhella will continue his work on the HSV portal-vertex, investigating the new features he has discovered and continuing to develop computational techniques that will enable researchers to make the most of future resolution improvements.