Biological imaging has moved from 2D to 3D through the use of tomography, or of serial section/imaging, which provides spatial context in images. In tomography, a set of 2D projection images are collected and then reconstructed into a 3D volume. However, for useful information about the volume to be extracted, sub-sections of it need to be classified according to their biological purpose. Doing this manually is a time-consuming process, and current software solutions tend to be very focused, and only work well on high contrast (e.g. stained) samples. The SuRVoS (Super-Region Volume Segmentation) Workbench is a set of software tools being developed to greatly facilitate the segmentation of noisy datasets. With SuRVoS, a volume is first partitioned into Super-Regions and then interactively segmented by the user inputting training annotations. SuRVoS can then learn from and extend the annotations to the whole volume, a process that is currently five times faster than purely manual segmentation. Its initial results were recently published in the Journal of Structural Biology.

PC-12 cells with mutant Huntington's Aggregates were imaged using soft x-ray cryotomography on beamline B24 at Diamond from Diamond Light Source on Vimeo.

The movie, above, shows first the slice by slice reconstruction of one of the datasets followed by the segmentation. In the first pass of the segmentation, the nucleus is shown in light blue and the nucleolous in red. In the second pass of the segmentation all of the organelles are shown in various colours. Each class of organelles, such as the mitochondria, vesicles, or lipid droplets are then shown individually to demonstrate their distribution. Other measures that can be gained from segmenting datasets such as these are the number, size and shape of the organelles. Using this information, comparisons can be made about the disease state vs the normal state.
On the hunt for the Huntington’s Aggregate
Dr Michele Darrow is using Diamond’s Cryo-Transmission X-ray Microscopy beamline (B24) for cryo soft X-ray tomography of biological samples, investigating the protein aggregates that cause whole cell changes in patients with Huntington’s disease, an incurable neurodegenerative disease characterised by abnormal motor movements, personality changes, and early death. With limited angle tomography, the resulting 3D volumes tend to have missing boundaries (e.g. between different organelles within the cell), which are easily traced in by eye, but difficult to automate with an algorithm. Moreover, due to the near-native state imaging conditions, the dataset is also noisy.
With multiple datasets and control sets, each containing in the region of 600 organelles, manual processing would be a very lengthy process. After entering the training annotations, SuRVoS is able to track boundaries through the 3D dataset, and to consistently classify different types of organelles - which means it can output statistics for classes of organelles, and pull out information that is relevant to the biology of Huntington’s disease.
Dr Darrow’s research is currently using mammalian cell culture samples, with the aim of improving our understanding of the causes and progression of Huntington’s disease. Manually segmenting a single dataset would have taken in excess of a month; with SuRVoS it takes less than a week, greatly speeding the progress of this study and allowing for quantitative analysis.
Supervoxels
A 3D volume of this nature could contain 500 million ‘voxels’, which is a lot of data to analyse, especially when you factor in the noise. SuRVoS intelligently reduces the computing load by creating a grid structure of ‘supervoxels’, small regions that are composed of many voxels, and which track along boundaries in the volume. Essentially, supervoxels are a gathering of similar adjacent voxels that adhere to the volume's boundaries, preserving the underlying information while reducing the number of units needed to represent it. They offer a way to reduce the computational complexity of the analysis by several orders of magnitude and to focus on the areas of interest more efficiently.
SuRVoS does not require any prior information about the data it analyses, which means that it has applications beyond biology, for example in materials science. Nor is it limited to transmission X-ray microscopy; it would be equally applicable to Scanning Electron Microscopy and MicroCT, for example. It can be used to analyse 3D volumes from any imaging technique that requires segmentation, although it is with noisy datasets that its advantages over current tools are most apparent.
Citizen science and full automation
Imanol Luengo, who is coming to the end of a PhD in biomedical image (volume) analysis at Diamond and The University of Nottingham, is the computer scientist behind SuRVoS. He says that, beyond refining and improving the current functionality, and completing the necessary comparisons to manual segmentations, there are exciting times ahead for SuRVoS.
In the published paper, one of the volumes was annotated by James Heron, a Diamond work experience student with no previous experience. This shows that SuRVoS could be a good candidate for a citizen science project, and the researchers plan to trial it with members of the public during a Diamond Open Day, as a way of thoroughly testing the workbench. There is also the possibility of developing it into an online experiment, much like the ‘Etch A Cell’ experiment being run on Zooniverse by researchers from the Francis Crick Institute.
Mr Luengo also hopes to gradually increase the level of automation in the workbench. Each new experiment currently needs its own training data; however, it should be possible to create a training volume that will work across multiple experiments, so that SuRVoS could extrapolate features learned from annotations on a small region to the whole volume. It would then be possible to create a ‘segmentation database’ that would enable SuRVoS to automatically segment similar volumes, and ultimately unseen volumes - fully automating the segmentation process.

SuRVoS is open source, available to everyone via the Diamond GitHub. 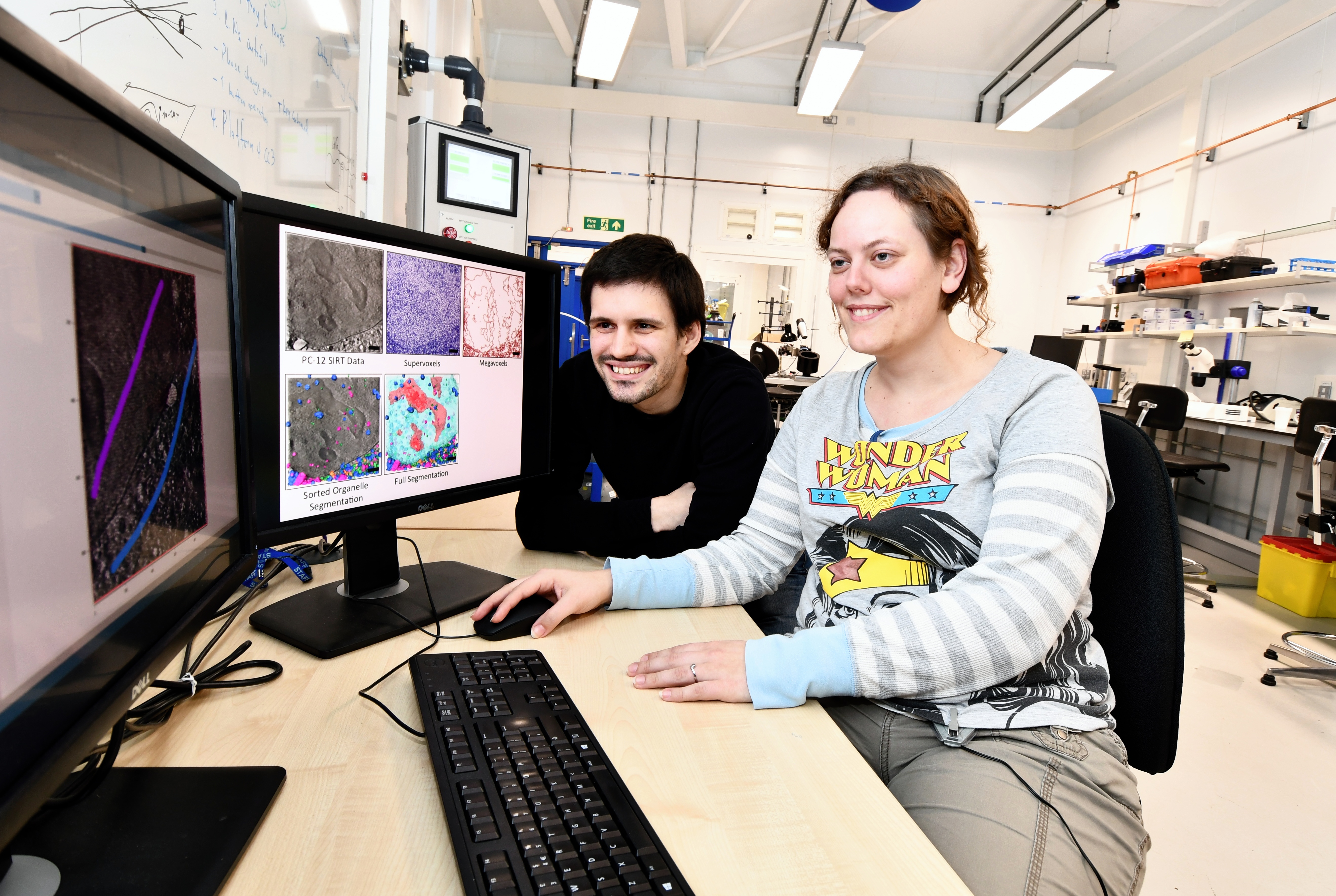 Figure 1: Imanol Luengo and Michele Darrow using SuRVoS to analyse data from B24.