Structure and mechanism of an antibiotic resistant protein

A pivotal player in antibiotic resistance, known as MCR-1, has recently been characterised at Diamond Light Source. The crystal structure and mechanistic insights from this study have been published in Scientific Reports and they will likely contribute to developments to stave off the threat of antibiotic resistance.

Antibiotic resistance is a global concern and a top health priority in many countries. Resistance in Gram-negative bacteria, such as Escherichia coli and Klebsiella pneumoniae, is a particular worry as they are responsible for a slew of common infections that could potentially lead to death if they are not controlled effectively. Recently, a plasmid encoding a resistance factor known as MCR-1 was discovered in these two infectious bacteria in China.

MCR-1 is an enzyme that allows bacteria to become resistant to a key antibiotic known as colistin. MCR-1 modifies the binding site for colistin to render it ineffective, but the molecular mechanisms underpinning this interaction are as yet unknown. Using the Macromolecular Crystallography (MX) beamlines I02, I03 and I04-1 at Diamond, an international collaboration of scientists demonstrated that the catalytic domain of the enzyme was a zinc metalloprotein with an alkaline phosphatase/sulphatase fold containing three disulphide bonds. The team also predicted the mechanism of action of the enzyme, concluding that a single zinc ion was sufficient for the catalytic reaction. 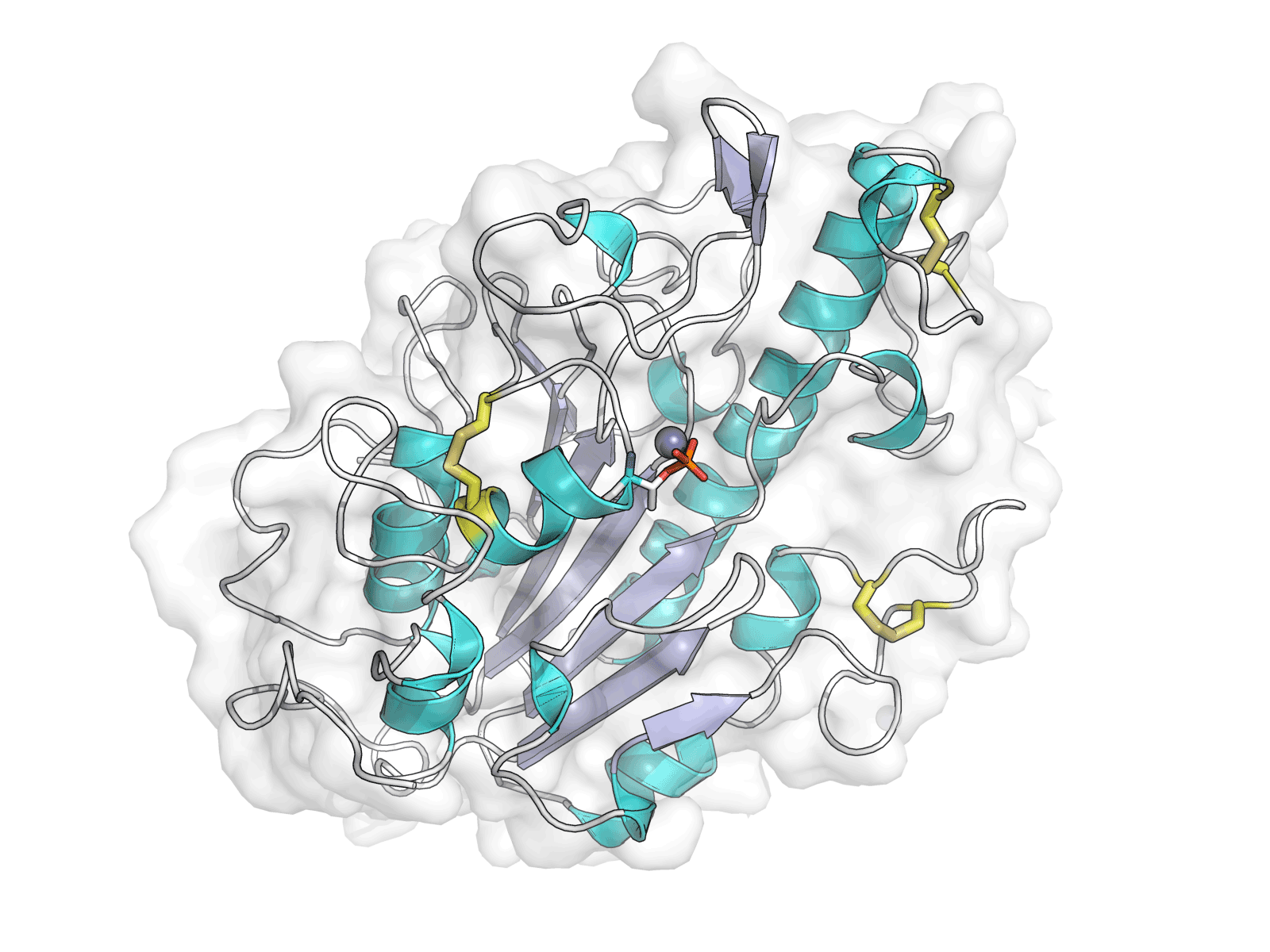 Figure 1: Crystal structure of the MCR-1 catalytic domain in the mono-zinc, phosphorylated form.
Last resort
Many Gram-negative bacteria possess intrinsic resistance to multiple antibiotic classes, and for some types of bacteria there are few treatment options left. The discovery of novel antibiotics effective against Gram-negative bacteria has not kept pace with the burgeoning acquisition of resistance factors in bacteria. As such, a handful of ‘last-line’ antibiotics are used as a last resort against bacteria that are resistant to all others.
Colistin was one such ‘last line’ antibiotic that is now unfortunately ineffective against some types of E.coli and K. pneumoniae. The resistance to colistin was recently associated with a gene encoding a resistance determinant known as MCR-1, which acts by catalysing phosphoethanolamine transfer onto bacterial lipid A.1 The team who discovered MCR-1, from the China Agricultural University in Beijing, joined forces with scientists from the University of Bristol, Cardiff University, the University of Oxford, Diamond Light Source and Naresuan University in Thailand to explore its structure and function.
Dr Jim Spencer, Senior Lecturer in Microbiology at the University of Bristol and team leader of the study explained their motivation: “We were interested in understanding the structural and mechanistic basis of plasmid-mediated colistin resistance in E.coli. Prior to the discovery of the MCR-1 gene, colistin resistance in clinically relevant species was known to arise by mutation rather than gene transfer and was rarely observed in E.coli. Despite the discovery that MCR-1 was widespread all over the world, there was very little information about how this protein worked”.
Zinc metalloprotein
To crystallise the membrane-bound MCR-1 protein, the team removed five transmembrane helices to leave only the soluble domain. At Diamond, diffraction data were collected at 100 K at beamlines I03 (for the zinc-edge datasets) and I04-1 or I02 (native data sets). The structure was determined using the Single-wavelength Anomalous Dispersion (SAD) method by combining four 2.5 Å resolution isomorphous datasets collected at the Zn-edge. The co-ordinates and structure factors were deposited with the protein data bank with accession numbers 5LRM and 5LRN.
Dr Spencer explained the notable features of the resulting structure: “We saw that MCR-1 was a zinc metalloprotein with an alkaline phosphatase/sulphatase fold. We also carried out functional simulations and demonstrated that the mechanism of MCR-1 requires only one, rather than two, zinc ions.”
MCR-1 inhibitor
The researchers also mutated residues within MCR-1 that were implicated in zinc or phosphoethanolamine binding or its catalytic activity, and saw that these mutations could restore the sensitivity of recombinant E.coli to colistin. Moreover, zinc deprivation had a similar outcome in MCR-1-expressing laboratory, environmental, animal and human strains of E.coli. The importance of the three disulphide bonds within MCR-1 was also verified by over-expression of a disulphide isomerase, which served to increase the colistin minimum inhibitory concentration (MIC).
The application of these data are clear according to Dr Spencer: “There is the potential of administering a cocktail of drugs that contain an inhibitor of resistance alongside an antibiotic, so potentially these data could be used to try to find an inhibitor of MCR-1 to restore the activity of colistin. Having a high-quality structure of MCR-1 available should make that possible, to aid structure-based drug discovery.”
As well as exploring approaches to inhibiting MCR-1, the team hope to gather more representative structures of the enzyme in complex with its substrate and obtain further mechanistic information.
To find out more about the MX beamlines used in this research (I02, I03 and I04-1) please see the MX beamline area, or to discuss potential applications, please contact the relevant Principal Beamline Scientists Dr Thomas Sorensen, Dr Katherine McAuley and Prof Frank von Delft, respectively: thomas.sorensen@diamond.ac.uk, katherine.mcauley@diamond.ac.uk, frank.von-delft@diamond.ac.uk.