B22 in the Annual Review

Metal-organic frameworks are a rather new class of micro-engineered ...Read More.

Graphene oxide (GO) is a form of graphene chemically modified to improve processing behaviour. The many applications of GO include flexible electrodes, mechanical actuators, novel energy generators and high-performance composites, and each requires the material to have a high level of mechanical integrity. 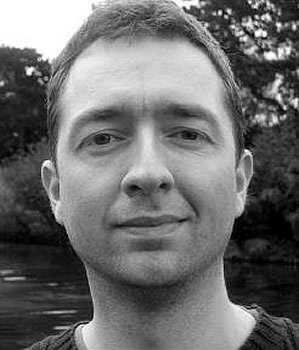 Asa Barber, Professor of Advanced Materials Engineering at the University of Portsmouth, and the team of researchers from Queen Mary University (UK), the National Center for Nanoscience and Technology (PRC), and Diamond Light Source, used the Multimode InfraRed Imaging and Microspectroscopy (MIRIAM) beamline, B22, to investigate this mechanical integrity by studying the deformation mechanisms of GO in its bulk material state – GO paper.
What was the benefit of experimenting on the GO paper instead of single layers?
Asa Barber: One of the most exciting properties of GO is that the monolayer flakes produced (around one micrometre across) can easily be solution processed into larger scale materials and devices which exhibit unique behaviours due to the fundamental GO building blocks. In these applications it is important to understand the inter-layer chemical and mechanical properties.
What limitations to existing techniques led you to try this new approach?
AB: The mechanical integrity of GO is dependent on the chemical bonds within the structure. GO is characterised by carbon-carbon and carbon-oxygen bonds, with the latter introduced from chemical modification of graphene. Raman spectroscopy is typically used to evaluate carbon-carbon bond behaviour but this technique exhibits poor sensitivity when it comes to carbon-oxygen bonds.
Why did you choose B22 MIRIAM?
AB: We wanted to utilise the micro FT-IR spectroscopy on B22 MIRIAM that would allow us to probe the broader range of chemical bonds in GO and how they deformed as we mechanically tested samples in situ. We also carried out these experiments at the smaller length scales required to understand the inherent GO material behaviour.
Our methods required tensile testing of relatively small volumes of GO using atomic force microscopy (AFM) while simultaneously recording the IR absorption of the GO to provide information on the deformation of the chemical bonds within the structure. The beamline team ran all of the spectroscopy, while we users performed the mechanical testing using the AFM. 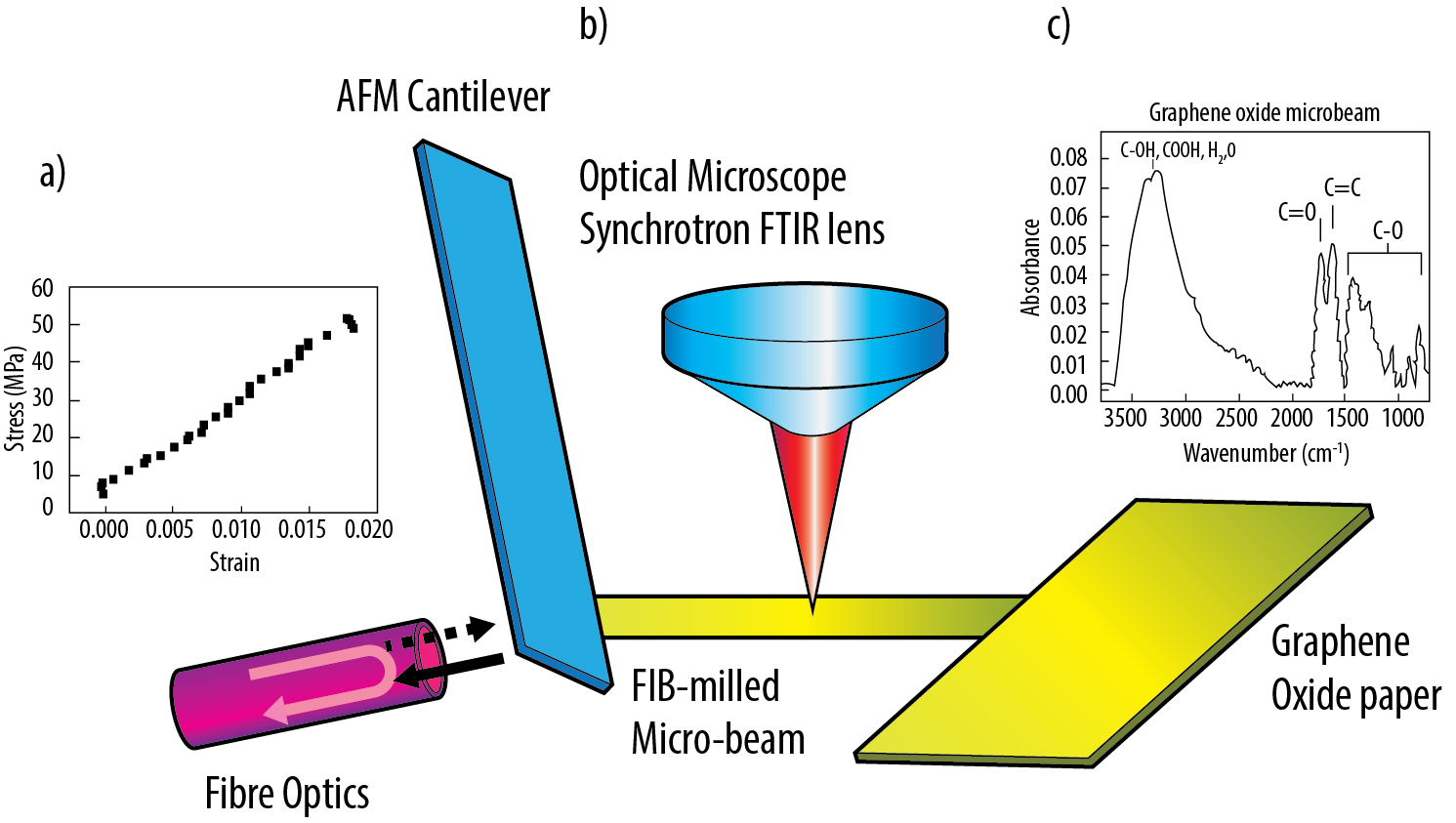 Figure: a) AFM mechanical stress-strain plot for deforming to failure an individual GO micro-beam; b) experimental setup incorporating AFM for mechanical testing of an individual FIB-milled GO micro-beam and structural evaluation using synchrotron FTIR; c) FTIR absorption spectrum for an individual GO paper micro-beam.
And what did you find?
AB: We found that mechanical properties of GO are dependent on coupling between carbon-carbon and carbon-oxygen bonds but, more surprisingly, the carbon-oxygen bonds carry more load during mechanical deformation. Mechanical models also suggested the organisation of bonds in GO that explained the deformation behaviour of GO when investigating structure using in situ FT-IR spectroscopy.
What’s next for the research team?
AB: We are interested in fabricating improved GO materials and examining the deformation behaviour again using in situ FT-IR spectroscopy. The hope is to clearly relate changes in the fabrication process to chemical structure and the resultant mechanical performance.

This image is used under the creative commons ShareAlike 3.0 Unported licence. Credit: AlexanderAIUS. Title: The ideal crystalline structure of graphene is a hexagonal grid. Cropped from original.