David Duncan is the senior beamline scientist on I09.

adsorption of organic molecules on metals and metal oxides 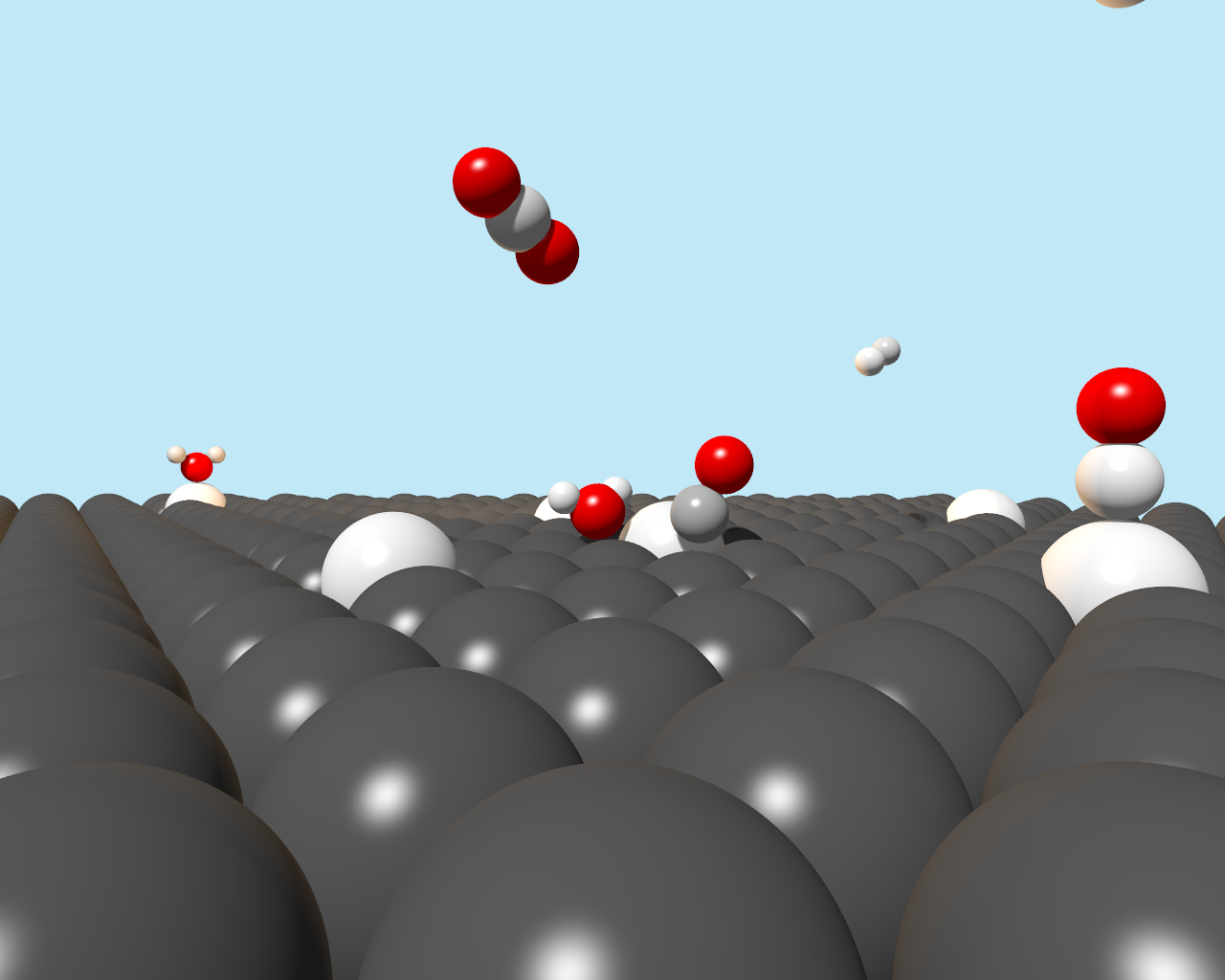 Single atom catalysis is a promising method for, not only maximising the utilisation of often precious catalytically active material (e.g. Pt, Rh, Pd), but could also open up brand new avenues of chemistry (e.g. [J. Phys. Chem. Lett., 9 (2018), 5636]). One particular single atom catalytic candidate is single adatoms on the (001) surface of magnetite, discovered by the Parkinson group in TU Vienna. Since 2017 we have been studying the adsorption of metal adatoms on this surface, specifically confirming quantitatively, for the first time, the adsorption site of these adatoms bridging two surface oxygen atoms [Nanoscale, 10 (2018), 2226] using normal incidence X-ray standing waves. We are currently in the process of studying the interaction of these adatoms, and this surface in general, with molecular adsorbates. 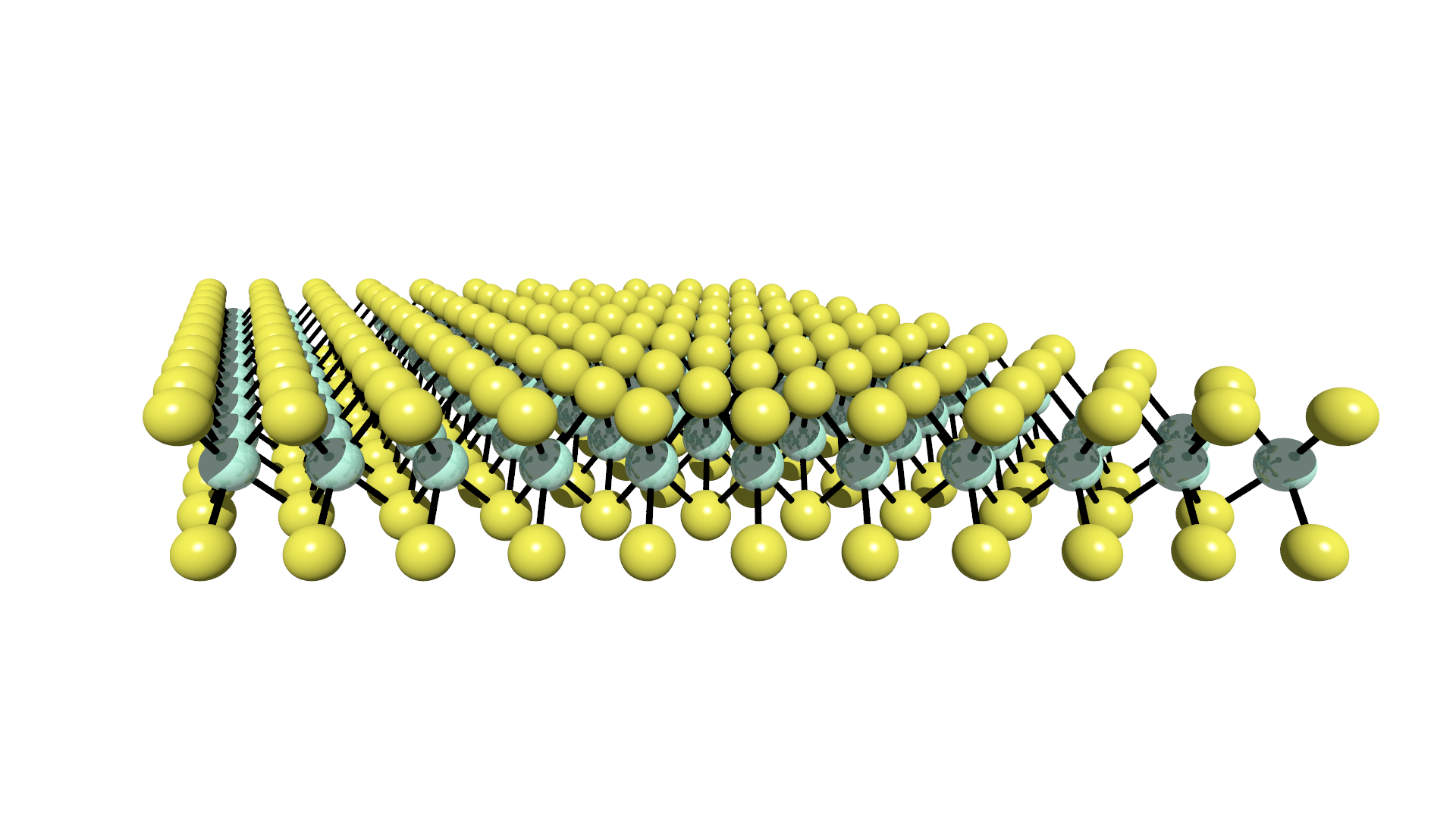 Since the discovery of graphene, a single, two dimensional layer of graphite, and its many headline grabbing properties, there has been significant interest in such 2D-layers. At I09, in collaboration with Allegretti and Auwärter of the E20 group of TU Munich, we have probed the structure of boron nitride on Cu(111), utilising normal incidence X-ray standing waves to benchmark and ambitious attempt to utilising atomic force measurements in a more quantitative manner [ACS Nano 11 (2017), 9151] and are currently in the process of studying how this system patterns molecular adsorbates. In a further collaboration with the Busse group at the University of Siegen, with whom we have studied the adsorption structure of graphene on Ru(0001) [J. Phys. Chem. C 122 (2018), 18554] and are currently studying the adsorption of transition metal dichalcogenides.

While much of the electronics industry is dominated by inorganic materials (e.g. silicon), molecular electronics, due to the immense breadth of carbon chemistry, have a promise to provide a range of functionality that is simply inconcievable with inorganic materials. Much of the work at I09 revolves around studying such functional molecules, and their adsorption on surfaces. In collaboration with the Allegretti in the E20 group at TU Munich and the Woodruff group at the University of Warwick, we have studied the adsorption of tetrapyrolle molecules on metal surfaces. These tetrapyrolle molecules are organic semiconductors which can coordinate a wide range of metal atoms to its centre, resulting in a wide variety of electronic and chemical properties. Specifically, studying the ligation of simple gases (water, ammonia) to iron phthalocyanine, we probed the so called surface trans-effect. The surface trans-effect proposes that a metal surface acts as a trans-ligand to adsorbed planar metal-organic species, weakening the interaction of the metal centre to axially coordinated ligands. In our work we provided the first direct quantitative evidence of the effect [Chem. Sci. 7 (2016), 5647], utilising the results to benchmark theoretical calculations that demonstrated (through charge redistribution maps) that the surface trans-effect really does resemble a traditional trans-effect from coordination chemistry. In further collaboration with the Woodruff group, and the Constantini group at the University of Warwick, we have studied the adsorption of TCNQ, a popular electron acceptor molecule, on metal surfaces, overturning much of the expectations from scanning tunnelling microscopy (STM) studies ([Faraday Discuss. 204 (2017), 97; Nanoscale 10 (2018), 14984].