XPDF (I15-1) is the dedicated X-ray Pair Distribution Function beamline. XPDF is applicable to a diverse range of disciplines such as materials chemistry, solid-state physics, earth sciences and pharmaceuticals.

Researchers are able to study the local structure of crystalline, semi-crystalline and amorphous solids and liquids with a speed and robustness which has not been possible at Diamond before. The beamline optics and endstation have been optimised to give the high X-ray energy, high flux and low background signal which are necessary for quality PDF data.

I15-1 is currently commissioning a new "ARC" detector which will revolutionise PDF data collections. This detector will allow faster and higher quality PDF data than ever possible before. User operations with this new detector will start in January 2023. 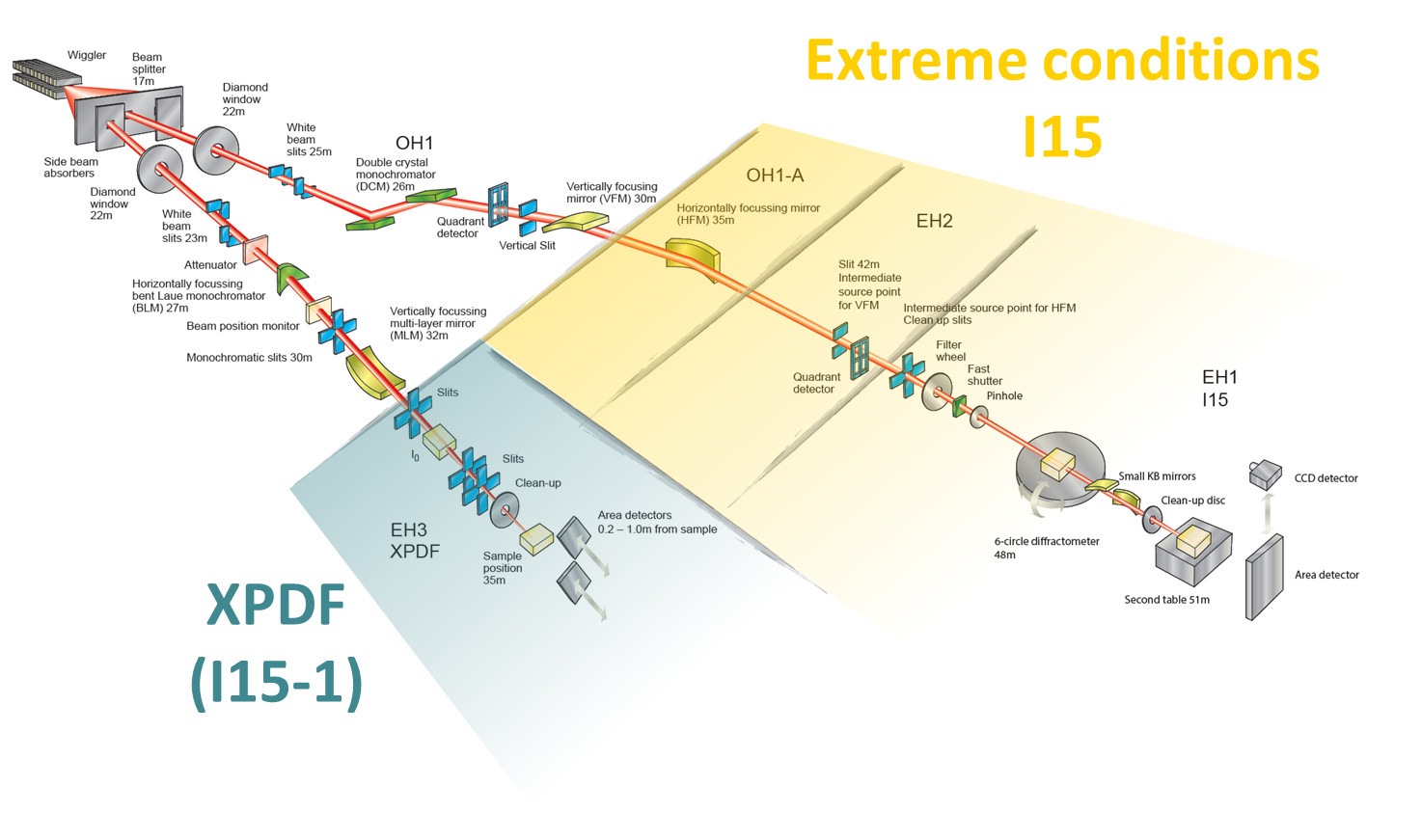 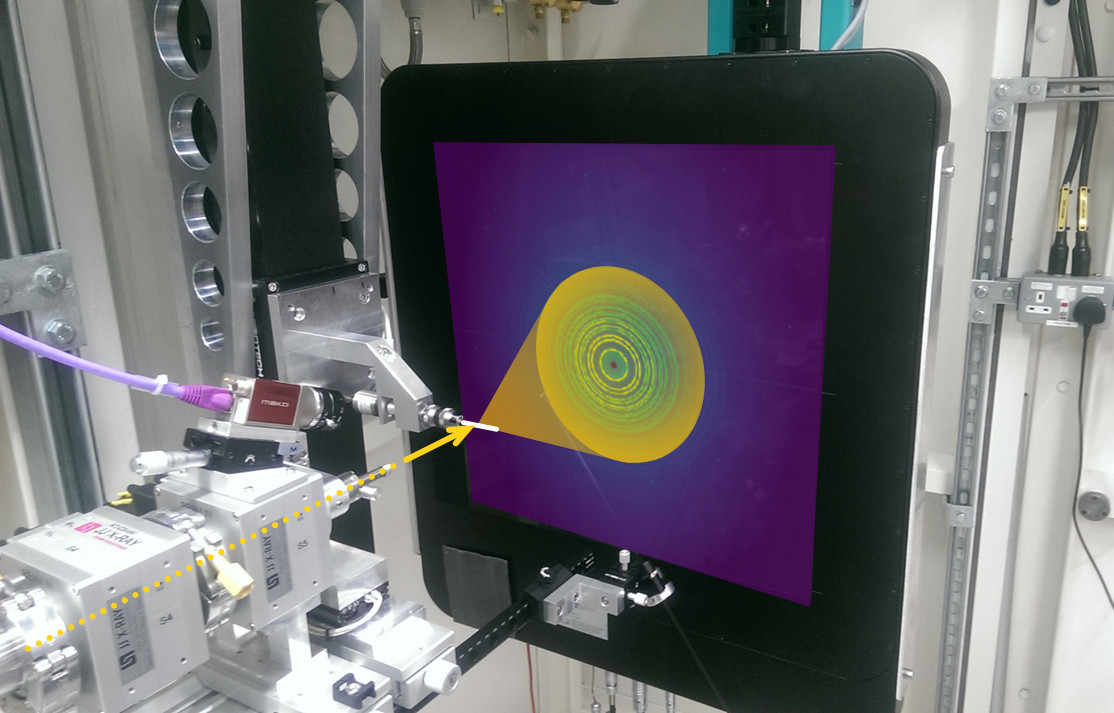 One of the PDF data collection geometries possible on XPDF. 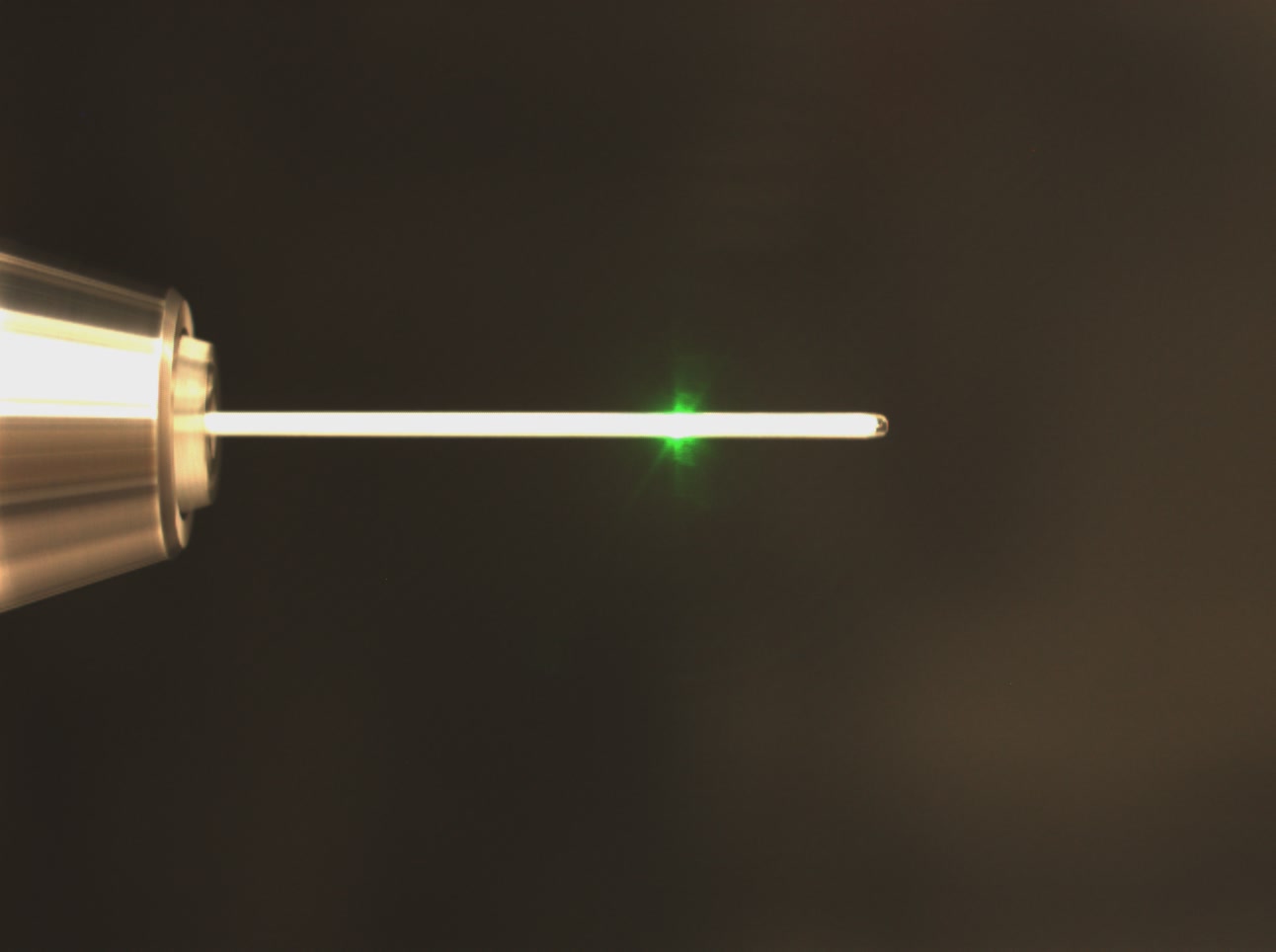 A spinning capillary sample at the XPDF sample position. 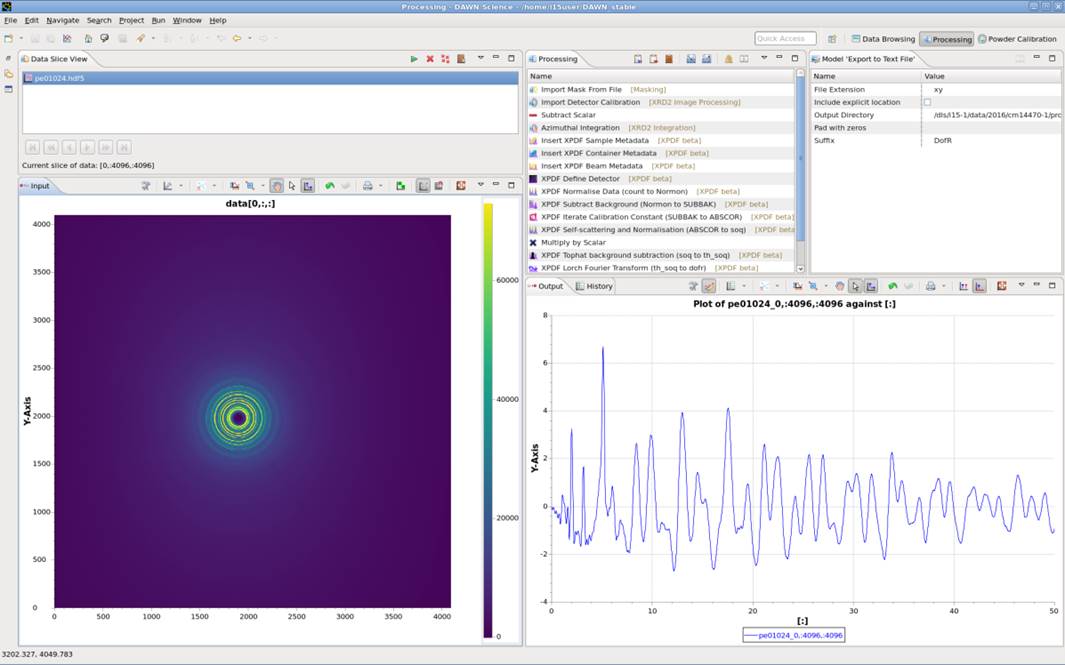 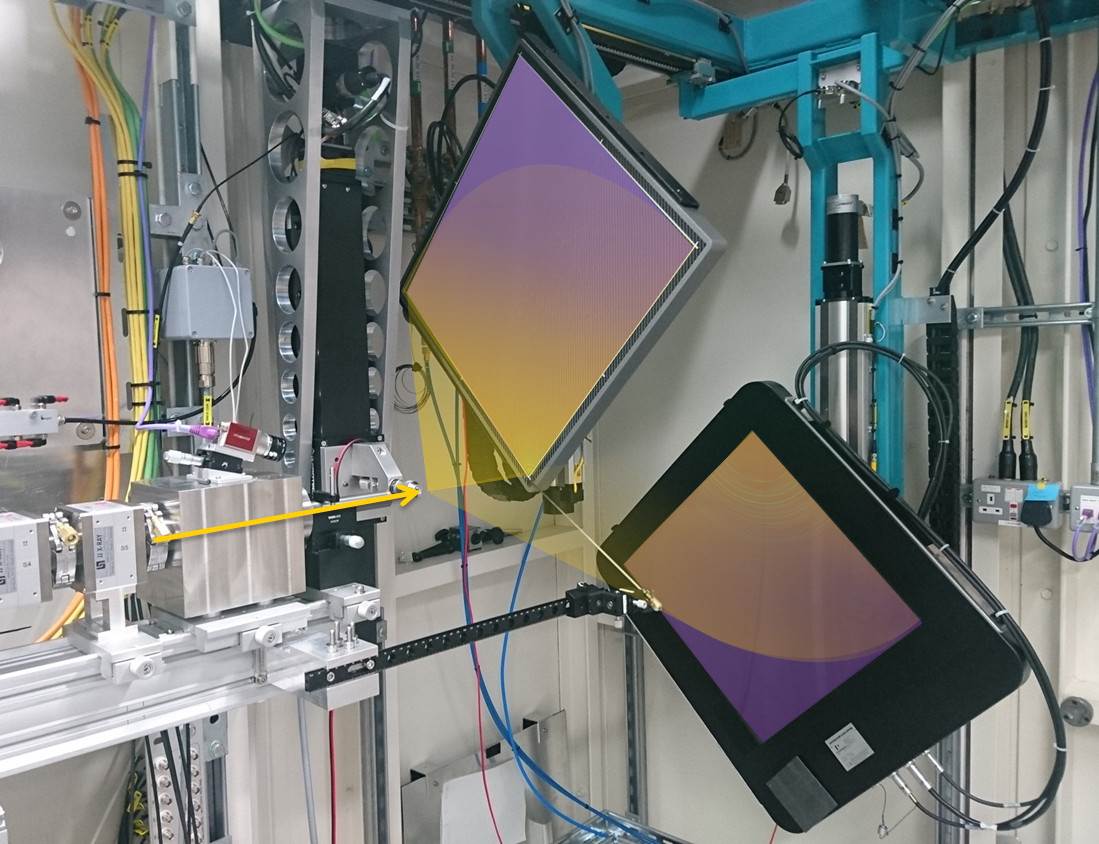 Latest news from the Diamond Directors

In recent years we have become concerned about the long-term reliability of the coolers fitted to the I15 wiggler cryostat, as the manufacturer no longer makes 4K coolers for the superconducting magnet market and there have been a number of failures leading to the source being unavailable. To address these issues, the wiggler manufacturer, The Budker Institute of Nuclear Physics, agreed to exchange the present coolers for Sumitomo units as these are the current market leader and Budker use them for their latest insertion devices.

Diamond purchased the new coolers directly from Sumitomo and contracted Budker to supply interface components and visit to complete the upgrade. Unfortunately, the pandemic caused the service visit to be delayed a number of times, and just as the visit seemed about to happen the Ukraine war sanctions postponed it indefinitely.

We therefore reluctantly undertook the work internally within the Insertion Devices group with the objective of completing the work ready to re-install in August. However, the work is taking longer than expected, because we have had to modify parts to make them fit and because we do not have complete system drawings. These problems aside, we had aimed to have the re-assembly complete in order that it can be tested and recommissioned during the August shutdown. As the work has taken longer than foreseen, we are now no longer in a position to finish the upgrade and test it before the next run starts in September.

The device will now be installed in October and this regrettably means that I15 and I15-1 will remain off until November. We apologise for this, but we will reschedule your beamtime. Given the long-term issues we have had with this wiggler over the last few years we feel it is better to be certain the device is upgraded, tested and commissioned fully before releasing it to beamline.

I15-1 is currently installing a new detector and endstation, so the Rapid Access route is not available and is unlikley to be possible before the end of the year. Please contact xpdf@diamond.ac.uk if you require an update.

Some information on beamline equipment is listed below.

An overview of the XPDF beamline presented at the IUCr2017 conference is available here.

For more information about any aspect of XPDF, please email xpdf@diamond.ac.uk.

For an overview of the potential applications, download the XPDF leaflet here.