Last week branchline B07-B of the VerSoX beamline welcomed its first users from the University of Leeds. Professor Sven Schroeder and his team were investigating the location of H atoms involved in intermolecular bonding of pharmaceutical materials, which is required for the design of new medicine formulations and the legal classifications of pharmaceuticals.

B07-B (also known as the VeRSoX Branch B) is co-funded by the University of Leeds. The collaboration agreement was signed in 2018 with the aim of developing the near-edge X-ray absorption fine structure (NEXAFS) facility, providing a world-leading instrument for multidisciplinary research.

The team from Leeds have been working with scientists from Diamond to research the introduction of core level spectroscopies as a quick and complementary technique for the location of H atoms. The NEXAFS spectroscopy that is now available with the new instrument at B07-B probes the atoms, such as carbon (C), nitrogen (N) and oxygen (O), involved in hydrogen bonding and is sensitive to their distance to the hydrogen atom.

The team used B07-B to measure the C, N and O K-edge NEXAFS spectra of a range of solid, organic crystal systems, incorporating samples with both short donor acceptor distances and those in which the hydrogen is located at equal distance to donor and acceptor. The results will be used to test the hypothesis that NEXAFS can be used as a quick diagnostic tool to characterise pharmaceutical materials where crystallographic methods may not give a definitive answer. The new end station at B07-B was designed with such investigations in mind. It operates near ambient pressure, facilitating rapid sample turnaround, which is a game-changing advantage compared to conventional ultra-high vacuum NEXAFS stations.

The new high-throughput near-ambient pressure NEXAFS instrument has been designed to attract and build new communities of soft X-ray absorption spectroscopy users. It provides molecular-level chemical and structural information for non-crystalline materials and surfaces, which are important across all branches of physical and life sciences, as well as engineering, manufacturing and medicine. As such it provides a new capability that complements the state-of-the-art analytical facilities available in our Bragg Centre for Materials Research at the University of Leeds.

The B branch is the second branch of Diamond’s versatile soft X-ray (VerSoX) beamline B07 and has dedicated end stations for XAS (X-ray Absorption Spectroscopy) in flexible sample environments and high-throughput XPS (X-ray Photoelectron Spectroscopy) under ultra-high vacuum conditions. It complements the existing B07-C branch (Ambient Pressure X-ray Photoelectron Spectroscopy, AP-XPS), which has been taking users since 2017.  The two branches are completely independent and can run experiments simultaneously, enabling experiments right across the “pressure gap” between vacuum and sample environments resembling ambient or reaction conditions.

The new branch will help researchers to uncover the chemical nature and composition of the near-surface regions of their samples and thus support a wide range of key technologies, including catalysis, batteries, liquid interfaces (electrochemistry, pharmaceuticals), polymers, and functional energy materials.

I am extremely pleased that the first user beamtime went so well. The team managed to collect way more data than we could have expected with almost no hiccups on the way. This is all due to the excellent commissioning work done by the beamline team and the support groups.

A big thank to everybody involved. Everyone did their best to make this happen despite many delays and very difficult working conditions imposed by COVID-19 restrictions. It has to be said, though, that some of the delays allowed us more time for fine-tuning than we would normally have had at this stage. This resulted in a beamline that is exceeding its specifications in many aspects.

We are all very excited about the extra capabilities Branch B will add to Diamond’s portfolio of experimental techniques in the soft X-ray regime. The VerSoX team is looking forward to welcoming many more user groups and helping them to push the boundaries of their science. 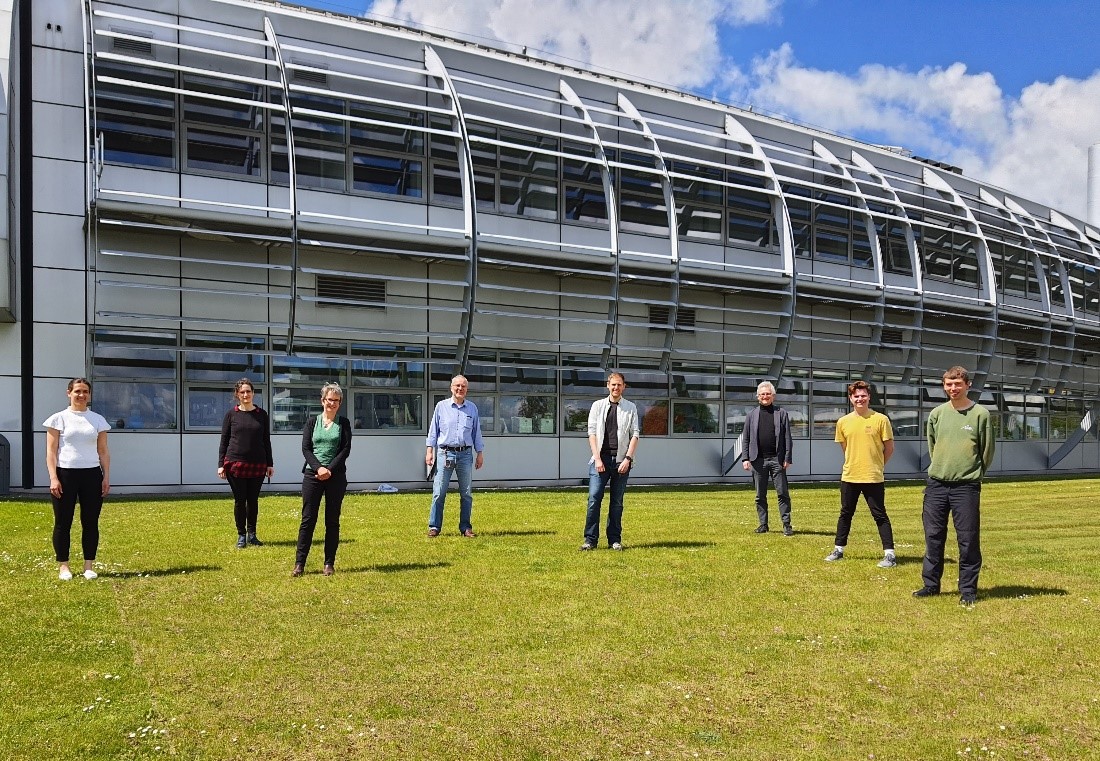