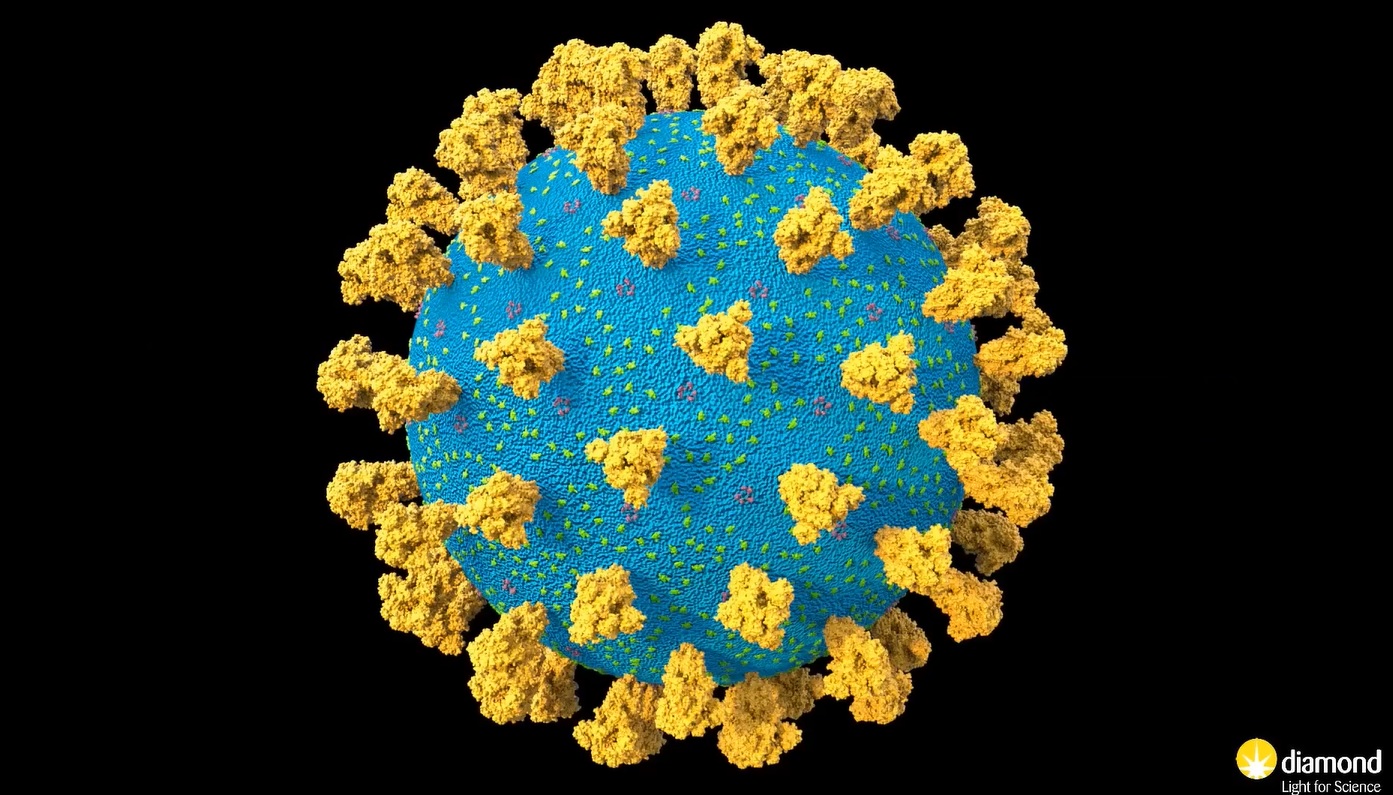 This animation shows how the SARS-CoV-2 virus infection mechanism works at the cellular level, revealing unseen pathways of the virus assembly and egress, and the cellular structural changes caused by the virus.

New research has for the first time directly visualised the protein spikes that develop on the surface of cells exposed to the Oxford-AstraZeneca vaccine and compared these to the protein spike of the SARS-CoV-19 coronavirus. The images, from the Electron Bio-Imaging Centre (eBIC) at Diamond Light Source, show that the spikes are highly similar to those of the virus and support the modified adenovirus used in the vaccine as a leading platform to combat COVID-19.

The SARS-CoV-2 virus, which causes COVID-19, has a large number of spikes sticking out of its surface that it uses to attach to, and enter, cells in the human body. These spikes are coated in sugars, known as glycans, which disguise parts of the viral proteins to the human immune system.

The vaccine developed by the University of Oxford and AstraZeneca is an adenovirus-vectored vaccine, which involves taking a safe version of a virus and adding in the information from part of a pathogen, in this case the SAR-CoV-2 spike, in order to generate neutralising antibodies against that target.

In this new study, published in the journal ACS Central Science, scientists from the University of Oxford and the University of Southampton, worked together to characterise the SARS-CoV-2 spikes manufactured by the cells presented with the Oxford-AstraZeneca vaccine. The Oxford work was led by Professors Teresa Lambe, Peijun Zhang and Sarah Gilbert and Professor Max Crispin led the work in Southampton. 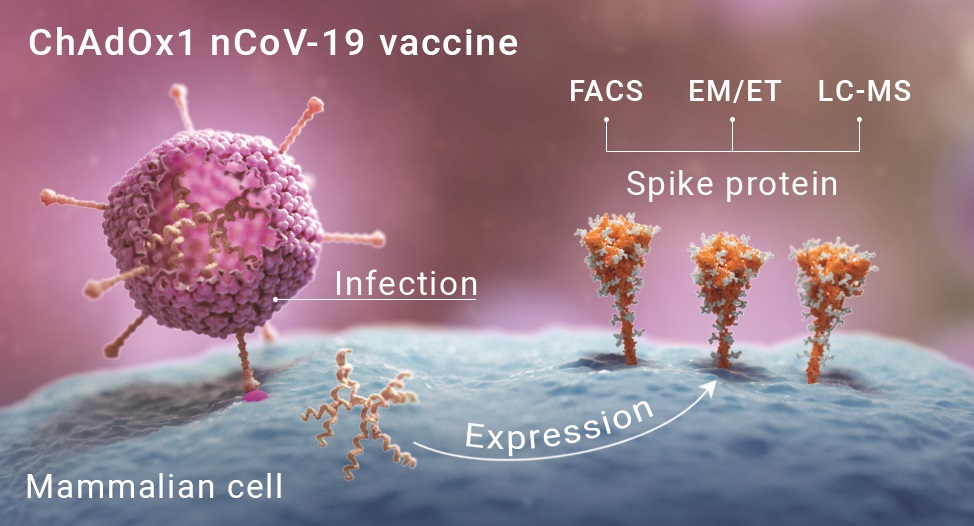 Graphic depiction of the process of creating protein spikes on cells

The scientists exposed a range of cells in vitro to the Oxford-AstraZeneca vaccine. Using an imaging technique known as cryo-electron microscopy (cryoEM) they took thousands of images which they then combined to build up a clear picture of the resulting protein spikes on the cells. Professor Peijun Zhang, of the University of Oxford and the Electron Bio-Imaging Centre (eBIC) at Diamond Light Source, who led the imaging work said,

CryoEM is an immensely powerful technique which enabled us to visualise the dense array of spikes that had been manufactured and presented on the surface of the cells.

Further chemical analysis of the glycans that coat the newly developed protein spikes revealed that they bear a high resemblance to those surrounding the SARS-CoV-2 spikes. This is an essential feature of the vaccine as it means that it can deliver close mimics of the coronavirus that are important in triggering the immune response needed to protect against COVID-19.

In this study we set out to see how closely the vaccine induced spikes resembled those of the infectious virus. We were really pleased to see a large amount of native-like spikes.

This study will hopefully provide further understanding for the public, helping them see how the Oxford-AstraZeneca vaccine works. Many people may not realise how their cells become little factories manufacturing viral spikes that then trigger the immune response needed to fight off the disease. This may also provide reassurance that the vaccine is doing its job and generating the material that we need to present to our immune systems.