New discovery paves the way for a transformation in drug treatments for depression, diabetes and osteoporosis.

Scientists working to design advanced medicines that are perfectly targeted to control the body’s natural receptors have made a major discovery using Diamond's Microfocus Macromolecular Crystallography beamline (I24). For the first time, they have been able to visualise and study the structure of CRF1, the protein receptor in the brain which controls our response to stress. 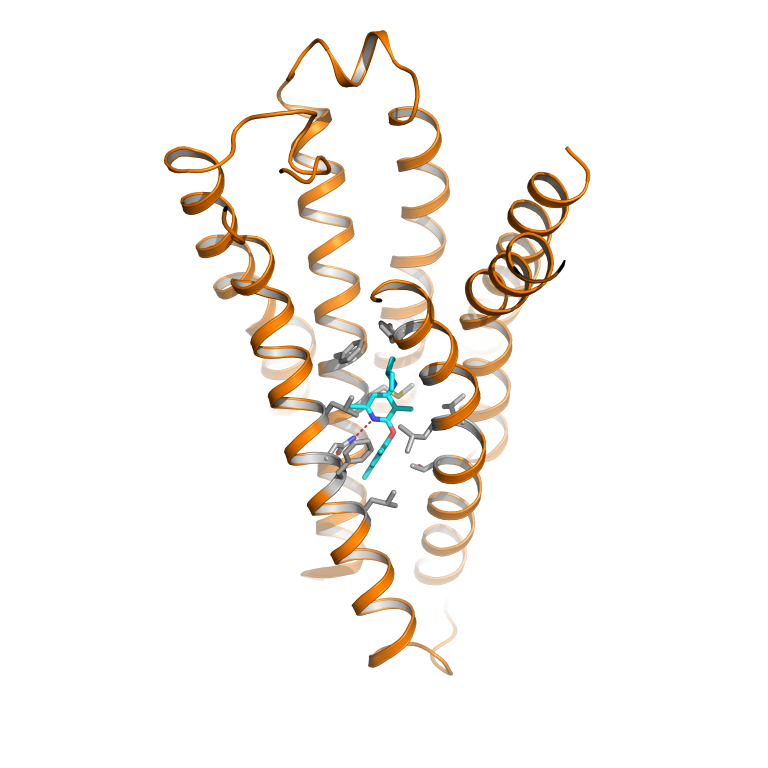 Heptares Therapeutics, a leading UK-based drug discovery and development company, was responsible for identifying the 3D structure of the ‘stress’ receptor, and their results are published today in the journal Nature. This discovery will help scientists to develop improved treatments for depression and anxiety. Furthermore, having identified the architecture of CRF1, scientists now have a template that can be used to accelerate research into other protein receptors that are known to be in the same ‘family’, including those that can be targeted to treat Type 2 diabetes and osteoporosis.

Stress-related diseases such as depression and anxiety are now commonplace. 1 in 4 people experience some kind of mental health problem in the course of a year. Over 105 million work days are lost to stress each year, costing UK employers £1.2 billion.

The UK also faces a major health challenge from diabetes. In the past 20 years, the number of people in the country suffering from diabetes has more than doubled to 2.9 million. By 2025 it is estimated that 5 million people will have diabetes, and that most of these cases will be Type 2 diabetes.

Heptares is a leader in the development of drugs targeting certain protein receptors, called G protein-coupled receptors. Currently 30% of drugs for a variety of diseases target these receptors, making them the largest and most important family of drug targets in the human body.

In the past, drug design has been largely the product of trial and error. Drugs would be developed and then tested until they had the desired effect. Because scientists lacked a comprehensive understanding of why and how the drugs were working, this approach could lead to unwanted side-effects.

A new way of making medicines, known as rational drug design, produces drugs that are specifically targeted to protein receptors in the body. By visualising the stress protein receptor at the atomic level, they were able, for the first time, to identify a ‘pocket’ in the structure. Computer technology will allow scientists to design a drug to fit precisely into this pocket, inhibiting the response of the ‘stress’ receptor. Such focused targeting will only affect the receptor they are aiming for and reduce the chance of unexpected side effects. The level of detail required for this work could only be achieved using the intense synchrotron light produced at Diamond Light Source, the UK’s synchrotron science facility in Oxfordshire. The synchrotron speeds electrons to near light speed, producing a light 10 billion times brighter than the sun. Around 2,500 scientists a year use this light to study samples, and its intensity allows them to visualise on a scale that is unobtainable in their home laboratories. Heptares is currently the biggest annual industrial user of the synchrotron. 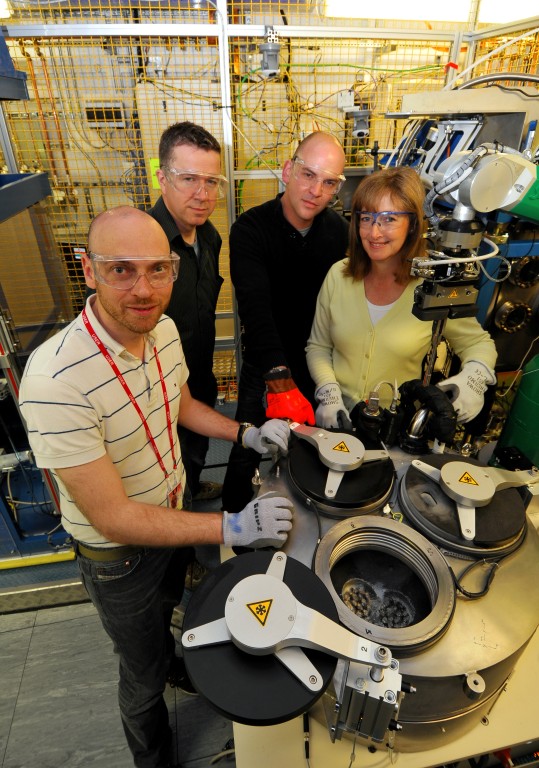 (left to right) Kaspar Hollenstein (Heptares), Gwyndaf Evans (Diamond), Andy Dore (Heptares) and Fiona Marshall (Heptares) on life science beamline (I24) at Diamond where the structure of the ‘stress’ protein was solved.

This discovery has the potential to allow scientists to develop better drugs for a wide variety of medical conditions.

"“This discovery is very exciting because it means that we now have the detailed structural information that is needed so that drug companies can get to work on a new generation of medicines for illnesses related to stress. In addition, the new stress receptor structure is the first in a family known as Class B G protein-coupled receptors (GPCRs). It will therefore provide a template to assist with other important receptors in the same family, which include those that could help us to design new drugs for diabetes, osteoporosis and migraine.”

In-house scientists at Diamond Light Source worked closely with Heptares on the discovery.

"The fact that Heptares has been able to get down to a resolution that identified the drug pocket in this receptor is very rewarding for us. It demonstrates that our experimental facilities can be used to put the UK at the forefront of small molecule drug discovery. This has the potential to transform the treatment of a range of serious diseases.”

Dr Gwyndaf Evans, Principal Beamline Scientist
"Publishing this research in Nature will get this family of protein receptors on the radar of the drug discovery and development industry and help facilitate the design of some important new drug treatments. Here at Heptares, we are applying this structural knowledge to a related protein called GLP1 to enable us to develop an oral tablet for controlling glycaemia and reducing weight in patients with Type 2 diabetes. Diamond will continue to play an important role in our future research."

“Heptares is a major customer at Diamond and this is testament to the fact that our unique facilities are beneficial to small companies all the way through to large PLCs. Whilst the majority of the research undertaken at Diamond is done by academia, currently 5% of the overall experimental time on Diamond is being bought for proprietary research by 60 regular industry customers. They are using Diamond to advance their R&D programmes across a range of sectors including pharmaceuticals, biotechnology, chemicals, oil and engineering, and the synchrotron is therefore playing a major role in keeping a strong R&D base in the UK. In addition, industry uses about 15% of beamtime in collaboration with academic groups. Several of the new beamlines that will come online by 2018 offer techniques that will give industry additional scope for world-class UK based R&D.”

Images and animations can be viewed and downloaded at http://www.diamond.ac.uk/Home/Media/Diamond-Heptares-Announcement/Media-Resources.html