Studying macromolecules in their near-native state

Synchrotrons, XFELs and neutron sources provide complementarity for defining the structure of enzymes at room temperature

To properly study biological processes such as enzyme catalysis, we need to understand the three-dimensional atomic structures of the proteins involved. A major challenge when we use techniques such as X-ray crystallography is that the radiation used in the experiment can damage enzymes extremely quickly, meaning the structure contains X-ray induced artefacts. One method to minimise this has been to work with enzymes at extremely low temperatures. This reduces the amount of damage that radiation can cause. However, low temperatures introduce a new set of problems.

When enzymes are studied using conventional macromolecular crystallography, they are cooled to temperatures down to -180°C, whereas enzymes in the human body function at 37°C. At low temperatures the dynamic movements of enzymes that enable them to function are frozen out, limiting our ability to understand how they work. This is why scientists are working towards doing more experiments at room temperature as well as under cryogenic conditions. The hope is that they will be able to learn more about proteins at temperatures closer to their natural conditions. The work is paying off. For the first time with many enzymes, we are able to understand how they move and how this movement affects their biological function. There is the problem of course, that without active cooling, the enzymes are now much more susceptible to damage from the intense X-rays used for structure determination. This means we cannot look at them for very long in an X-ray beam without them becoming damaged and while the data we collect are more representative of natural conditions, it is much more difficult to collect enough data to fully answer our scientific questions.

Another way to study enzymes

A recent publication from a wide-ranging team led by Mike Hough and Robin Owen at Diamond Light Source set to quantify and tackle this problem with an interdisciplinary approach. By using different and complementary techniques, they hoped to be able to gather different datasets about an enzyme while still studying it at room temperature. The team combined neutron, X-ray Free Electron Laser (XFEL) and serial synchrotron crystallography (SSX) collected at Diamond’s beamline I24 to build up a comprehensive picture of the metalloenzyme dehaloperoxidase B (DHP-B), which breaks down highly toxic organic pollutants into safer products.

The complementarity came from the different methods giving different kinds of information about the same enzyme. For example, serial femtosecond crystallography using an X-ray Free Electron Laser in Japan allowed us to produce atomic structures which were unaffected by chemical changes, usually caused by exposure to an X-ray beam. Neutron diffraction allowed certain atoms (hydrogen atoms or protons) to be visualised, which are normally not seen in conventional methods. The data from Diamond provided the highest resolution in the study, allowing fine molecular details to be identified. 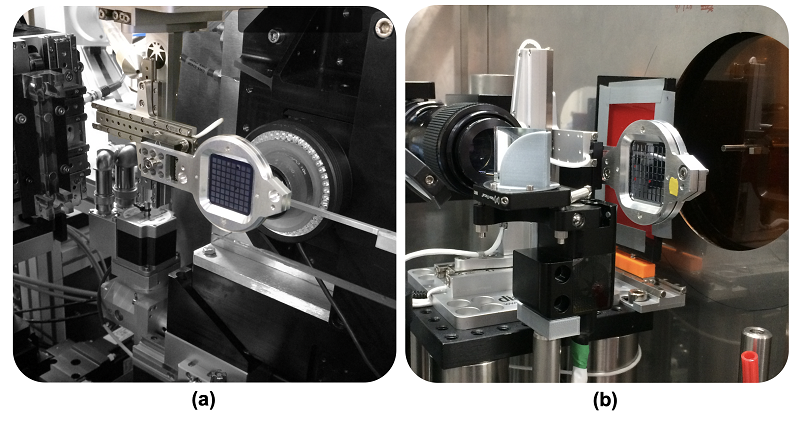 The team collected neutron data at Oak Ridge National Laboratory, synchrotron data at Diamond and the Advanced Photon Source, as well as serial femtosecond crystallography data from the XFEL at SACLA. The data collected using different techniques from different crystals, could then be analysed and overlaid on one another giving a more complete image of the DHP-B protein and allowing comparison of the models obtained using the different techniques. Working with an enzymology group at North Carolina State University was crucial to relate structures to function.

The combination of techniques revealed something strange about the DHP-B protein. They discovered a mechanism by which the enzyme moves a heme group (which is where enzyme catalysis takes place) closer to the surface which is thought to protect it against hydrogen peroxide. There is nothing inherently strange about that especially, as this phenomenon had already been seen in cryogenically frozen samples. However, the room temperature approach forced the researchers to draw different conclusions. In previous experiments, when researchers saw this heme displacement, they thought it was due to the cooling process or the inclusion of cryoprotectant substances like glycerol. However, at room temperature, and in the absence of cryoprotectants, the research team saw the same phenomenon. This observation was confirmed by each different technique that the team used. This means that the observation is not an artefact of freezing but is likely to be a real functional mechanism within the enzyme and illustrates that room temperature experiments can validate cryogenic temperature studies.

This finding highlights the importance of studying enzymes in conditions as close to nature as possible, helping to recognise which observations are features of the enzyme rather than features of the very low temperatures or X-ray induced changes.

What does the future hold?

This is an exciting study that holds great potential for research into many different enzymes and proteins. Mike Hough explained,

The findings in the paper can contribute to future work defining catalysis by the dehaloperoxidase enzyme which has applications in bioremediation by detoxifying organic toxic waste products. The approach that we used can be applied to a whole range of other enzymes and proteins choosing the optimal combination of techniques to maximise the information gained. Other researchers will be able to look at the different methods that we used, and the time and quantity of sample required as well as the information gained and use this to design their own optimised experiments. 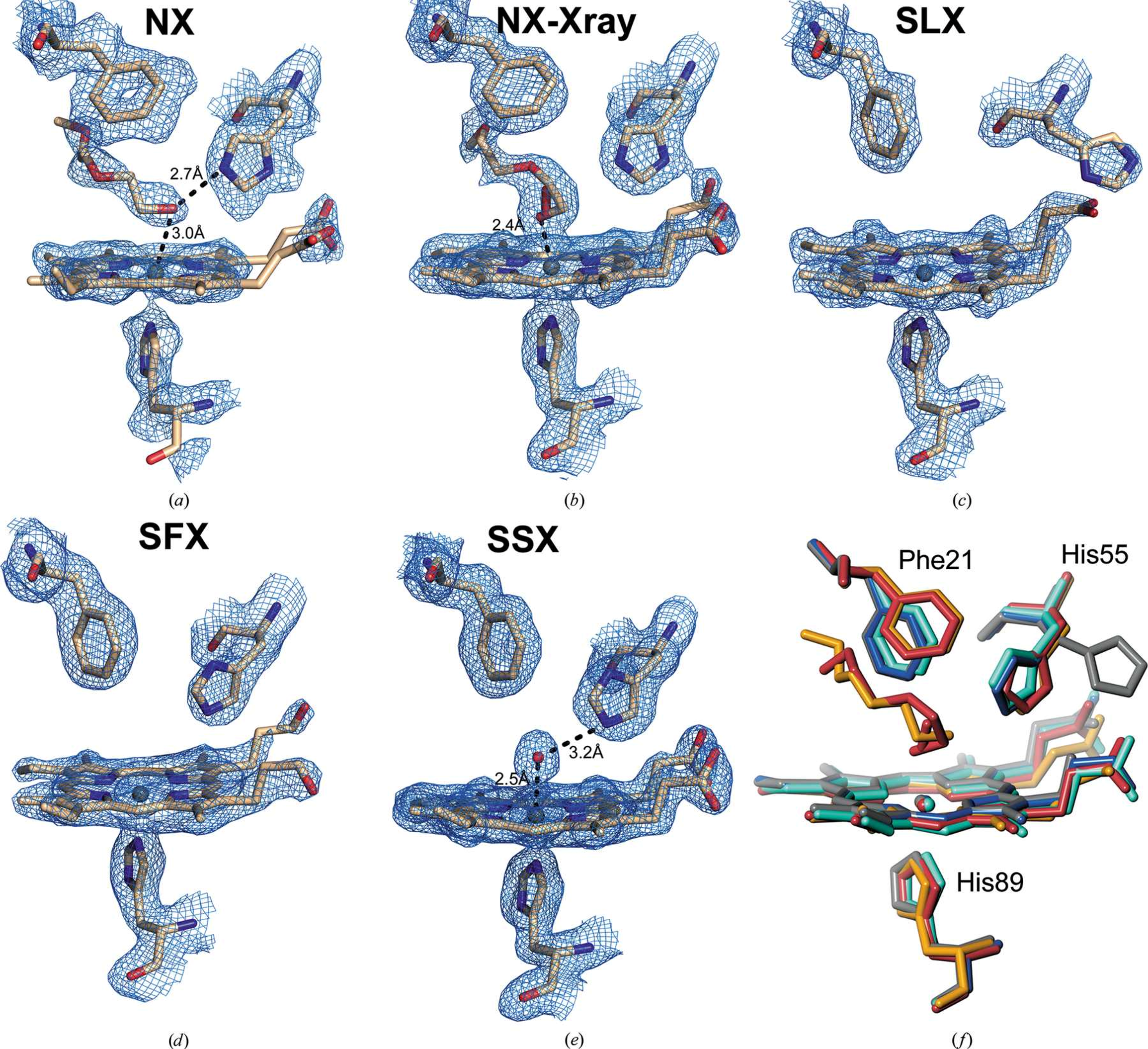 As techniques and methods develop on beamlines at synchrotrons, XFELs and neutron sources, there will be much greater possibilities in the future to study important biological processes under natural conditions. This is made easier by the close collaboration between the research communities using large research infrastructures around the world.

To find out more about the I24 beamline or discuss potential applications, please contact Principal Beamline Scientist Robin Owen: robin.owen@diamond.ac.uk

For questions about the study or combined approach please contact Mike Hough: michael.hough@diamond.ac.uk