Despite the global effort to combat AIDS, there are still around 38 million people suffering with the disease caused by the HIV virus. For a disease with such a devastating and lifelong effect on the human immune system, it can be hard to imagine that the virus causing it is actually quite delicate. While the HIV virus is completely stable coursing through the human body and invading immune cells, if it is exposed to a drop of dish soap, it will fall apart.

Detergents similar to dish soap are often used to study the inner core of enveloped viruses such as HIV. This is because the virus capsid is surrounded by a membrane which is removed as the virus enters the cell. Therefore, in order to understand how the virus behaves in human cells, researchers must remove this lipid envelope, often using detergents. Even if a lot of care is taken, HIV capsids often suffer from artefactual damage meaning that when researchers come to study and observe the virus, they are actually looking at a defective specimen which is of limited scientific use.

A team of researchers led by Professor Peijun Zhang, Director of the electron Bio-Imaging Centre (eBIC) at Diamond and Professor of Structural Biology at the University of Oxford, hoped to change that. They set out to find a method that would allow them to study the viral capsid without using aggressive detergents. Instead of using detergents to remove the entire lipid envelope, the researchers used pore forming proteins to punch holes in the membrane and leave the capsid completely intact. This approach meant that the researchers had access to the capsid of HIV through these newly formed pores and the virus should behave normally.

With a new method to study the HIV capsid, the researchers set about investigating how proteins inside human cells interact with the capsid. They took Cyclophilin A (CypA), and an intracellular small-molecule cofactor IP6 (inositol hexakisphosphate) and exposed them to HIV with pores formed in the membrane. The two molecules were able to pass through the pores and interact with the viral capsid. 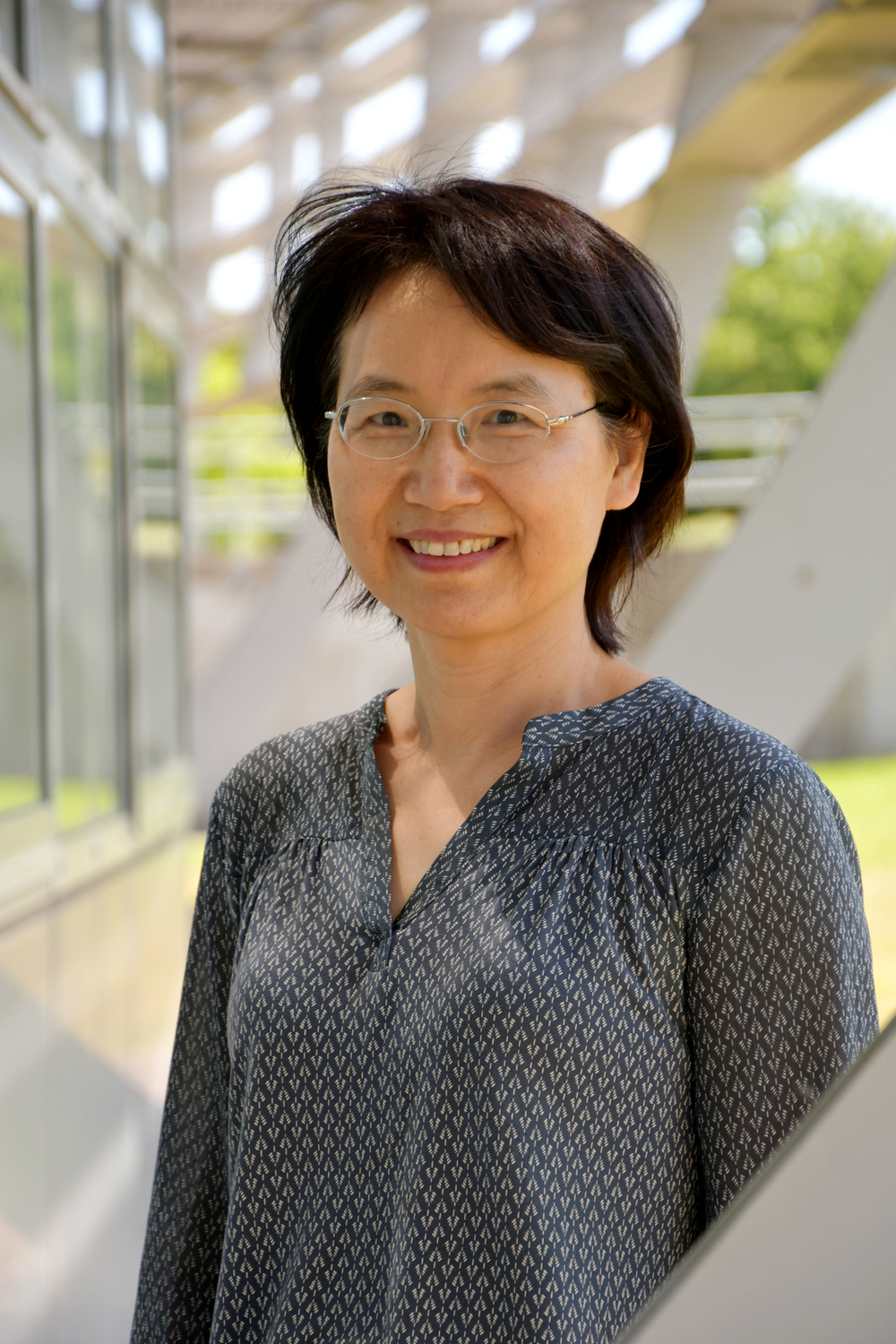 Professor Peijun Zhang, Director of eBIC at Diamond and Professor of Structural Biology at the University of Oxford

With the human proteins attached to the viral capsid, the research team used high-resolution Cryo-electron tomography (Cryo-ET) at eBIC. This technique allows researchers to take many 2D images of a sample as it is tilted and rotated. The resulting images can then be recombined together to produce a 3D image of various molecules.

Using Cryo-ET, the researchers were able to see how the viral capsid looked with and without the human proteins. They discovered that the proteins bound in two specific locations on the capsid and together with Dr. Juan Perilla, and his team from the University of Delaware, they were able to construct an atomistic model of the HIV capsid. These results provide an important validation of their new method which can now be used by anyone doing research on viruses that are surrounded by a lipid membrane such as HIV and SARS-CoV-2.

The research showed that CypA and IP6 play a role in capsid stability inside human cells. Without this stablising force, it is unlikely that HIV would be able to survive. This gives researchers a good target for developing antiviral therapies. The model that was developed as a part of this study can also be used to study the capsid in greater detail in order to find new ways in which it could be disrupted by novel compounds, such as GS-6207 by Gilead currently in phase II clinical trial.

This study presents a new method that can be shared and used by researchers as well as highlighting specific potential drug targets for the treatment and potential cure of AIDS.