Chirality is key: The discovery of chiral topological materials opens the door to exotic phenomena

Synchrotron measurements show a novel crystal is not just a chiral material, but also a topological one

An international team of researchers using synchrotron techniques has shown a novel crystal to be both a chiral material and a topological one. Their work, published in Nature Physics, shows the presence of Rarita–Schwinger fermions in the bulk of the crystal. Measurements taken at Diamond's I05 beamline also showed four unusually long Fermi arcs on its surface, which is a hallmark of its unusual topology. Taken together, these results demonstrate the first discovery of chiral topological materials, a development that could open the door to new exotic phenomena, and next-generation electronic devices. 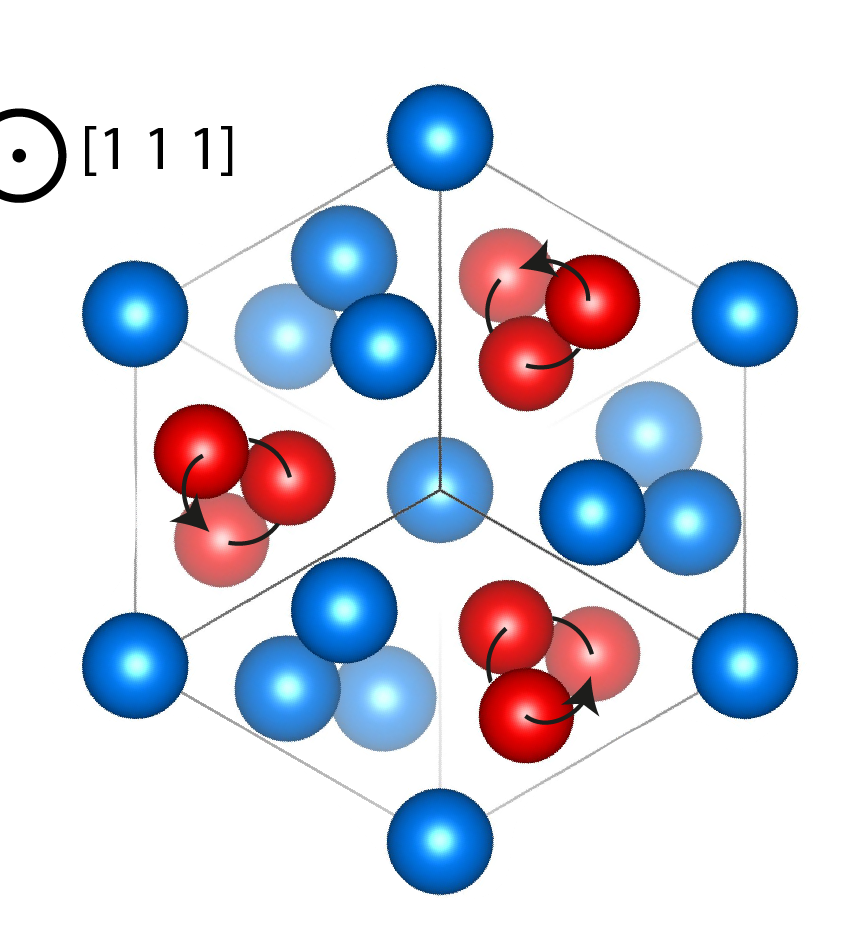 Helical arrangement of the atoms in aluminium-platinum, indicating the chirality (also known as handedness) of the crystal structure

Researchers at the Max Planck Institute for Chemical Physics of Solids in Dresden used a special process to produce a novel material, a new aluminium-platinum crystal. Although the sample did not look particularly unusual to the naked eye - it was merely a silvery black cube half a centimetre wide - their aim was a tailor-made arrangement of the atoms in the crystal lattice.

Inside a typical crystal, groups of atoms form a basic structural element, called the unit cell. The unit cell is repeated in all directions, creating a crystal with its inherent symmetries. In this aluminium-platinum crystal, however, the atoms were arranged to follow a helical line, the same pattern as a spiral staircase. The result is a chiral crystal.

Chirality is a concept first proposed by Lord Kelvin in the 19th century. It refers to objects that do not coincide with their mirror image. Chirality is also referred to as 'handedness', because the most obvious example is a pair of human hands. Chiral materials are of interest to researchers because theoretical models suggest that they will give rise to exotic physical phenomena.

And this proved to be the case with the novel aluminium-platinum crystal. When an international team of researchers, led by the Paul Scherrer Institute in Switzerland, studied it, they found a new quasiparticle. 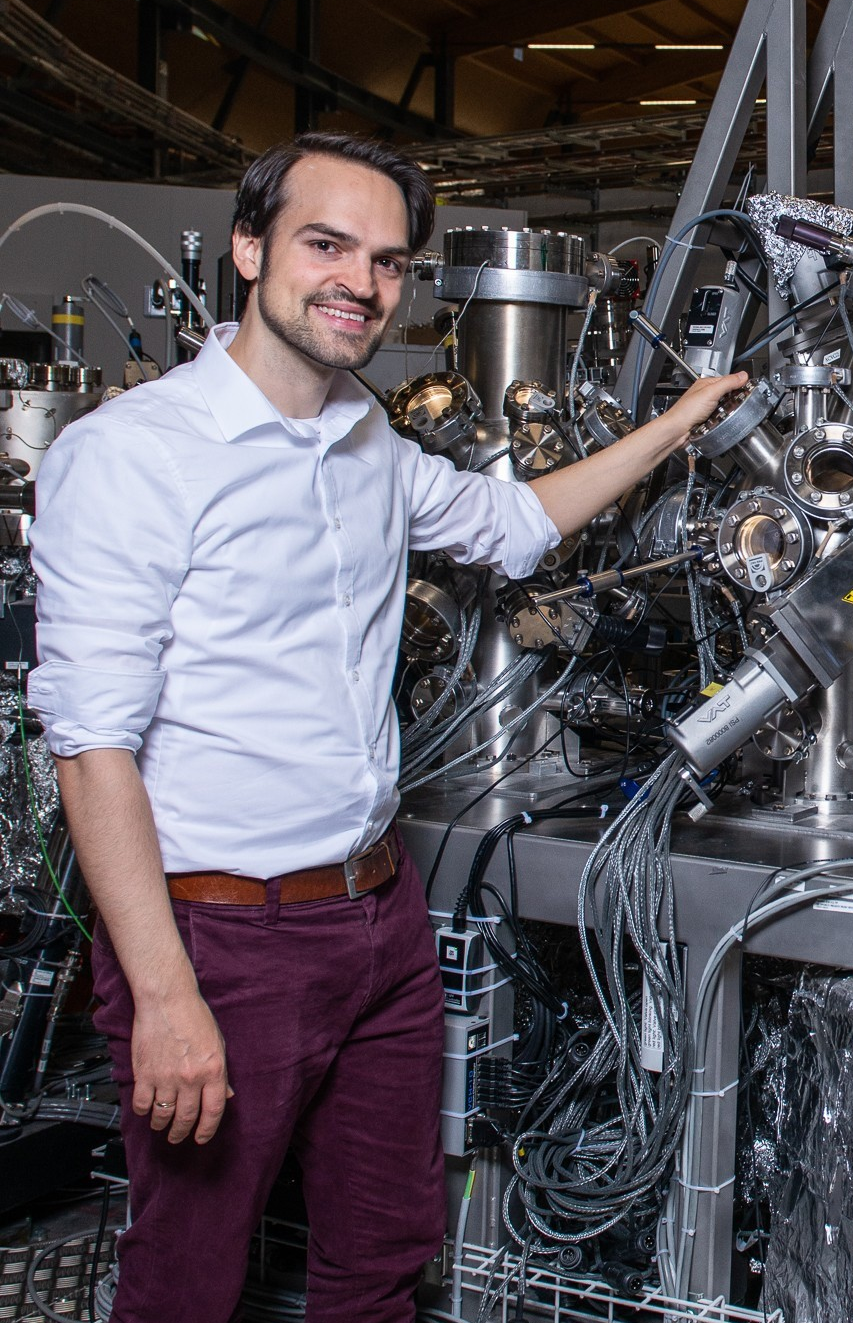 Topology is a branch of mathematics used to describe properties that can only change in discrete steps, not a continuous flow. In 2016, the Nobel Prize in Physics was awarded to theoretical physicists for their work on topology, and its use in understanding exotic forms of matter. Topology can help us to understand materials with unusual electronic properties. Topological insulators, for example, conduct electricity across their surface but are insulators underneath that layer.

When the research team examined the aluminium-platinum crystal using X-radiation and photoelectron spectroscopy, they were able to see the electronic properties inside the crystal. ARPES measurements on Diamond's I05 beamline showed the electronic structures on the crystal surface. Together, these results demonstrated that this novel crystal is not only a chiral material, but a topological one as well.

Access to the Diamond Light Source was critical for the success of our project, because the measurements at beamline I05 provided smoking-gun evidence that aluminium-platinum is a topological material due to the presence of long Fermi-arc surface states on the crystal surface – the longest Fermi-arcs that can exist in any material

Complementary bulk sensitive measurements at the Paul Scherrer Institute revealed that aluminium-platinum not only hosts long Fermi-arc surface states, but also contains Rarita–Schwinger fermions. These exotic quasiparticles (states inside the crystal that behave like elementary particles) were predicted by William Rarita and Julian Schwinger in 1941, but have never been observed in experiments before.

Our research team - and two others simultaneously - have seen Rarita-Schwinger fermions for the first time. It is evident that the Rarita-Schwinger fermions and the long Fermi arcs are connected, and result from the crystal being a chiral topological material. The discovery of topological chiral materials offers the possibility of a large variety of new exotic phenomena

The team are continuing their exciting research, looking at similar materials that could show these exotic properties in more detail.

To find out more about the I05 beamline, or to discuss potential applications, please contact Principal Beamline Scientist Cephise Cacho: cephise.cacho@diamond.ac.uk.