Modern life relies on lithium-ion batteries, which power everything from mobile electronics to vehicles. With ever-increasing demands for high-performance batteries, attention has turned to lithium-sulfur batteries. These have the potential for very high energy storage batteries that are both lightweight and affordable. However, lithium-sulfur batteries suffer from the accumulation of soluble performance-degrading compounds. In research recently published in Nature Catalysis, researchers from Diamond, the University of Oxford, UCLA and King Saud University conducted a systematic investigation of the sulfur reduction reaction (SRR). Their results show that a doped graphene catalyst can significantly improve performance in lithium-sulfur batteries.

Speeding up the SRR 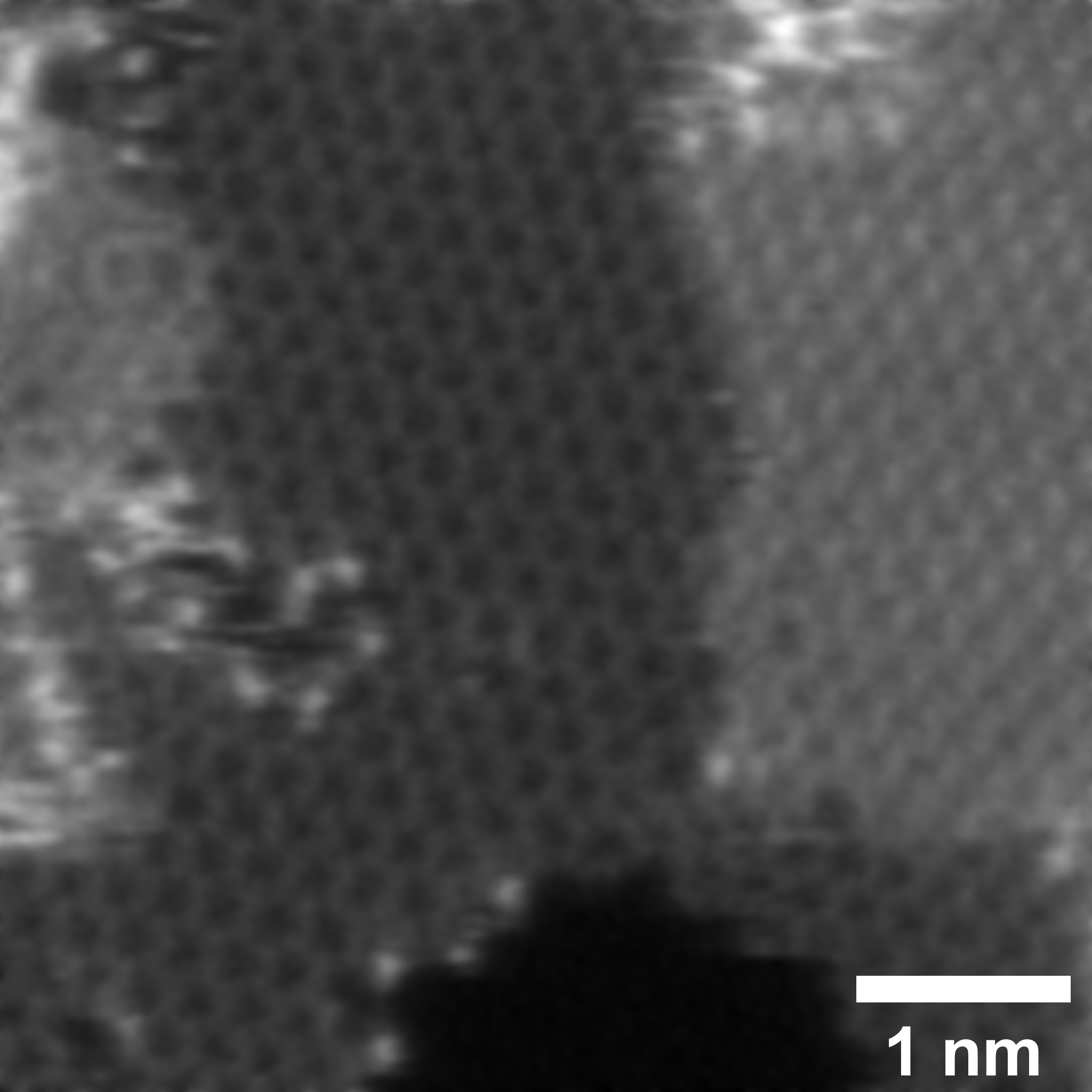 Lithium-sulfur batteries rely on the sulfur reduction reaction (SRR), a complex 16-electron conversion process that transforms octasulfur (S8) ring molecules into insoluble Li2S2/Li2S products via a series of soluble lithium polysulfides (LiPS). The reaction is slow and leads to the accumulation of LiPS, a process known as the polysulfide (PS) shuttling effect, which reduces the battery performance.

A possible solution to this problem is to use a catalyst to speed up the conversion of LiPS and prevent their accumulation. However, the fundamental electrocatalytic kinetics behind the SRR are not well understood.

In this research, the team used graphene doped with nitrogen and sulfur atoms as a model system to explore the SRR. Using the ultra-high-resolution transmission electron microscopes available at ePSIC allowed them to identify the locations of the single sulphur atoms that are key to the catalytic performance.

Combined with theoretical calculations, these results revealed that the initial stages of the SRR have a low activation energy, meaning that they progress quickly. However, the LiPS conversion stages have a much higher activation energy and it is this that slows down the reaction and causes the accumulation of LiPS. Using the doped graphene catalyst speeds up the reaction by reducing the activation energy.

This research suggests that using a catalyst to speed up the SRR is a promising approach to tackling the performance issues of lithium-sulfur batteries. The team are now exploring different catalysts, looking for the best way to move this high-performance battery technology forward.

This exciting paper from Prof. Duan’s group at UCLA is an excellent example of how atomic resolution electron microscopy is helping to drive research and innovation of new catalytic materials. The ability for chemists and material scientists to ‘see’ how the individual atoms in their sample are located with respect to one and other is enabling the fundamental reaction pathways of catalytic processes to be determined. This is leading to the development of novel material systems for a wide range of applications.