Hydrogen peroxide (H2O2) has many industrial uses, from water treatment and bleaching to chemical synthesis. Although the current process for producing it is highly efficient, it requires a large infrastucture. Work recently carried out in collaboration with an industrial partner, and published in ChemCatChem, demonstrates a method for the direct synthesis of H2O2 from hydrogen and oxygen, using a commercial titanium silicate called TS-1, as a support for Gold Palladium (AuPd) and Gold Palladium Platinum (AuPdPt) catalysts, a reaction that could be carried out in situ as the first step in a manufacturing process. It shows that the introduction of small concentrations of platinum into a supported AuPd/TS-1 catalyst can significantly enhance catalytic selectivity towards H2O2, improving overall yields and representing a promising system to explore the direct synthesis of H2O2.
Tweet 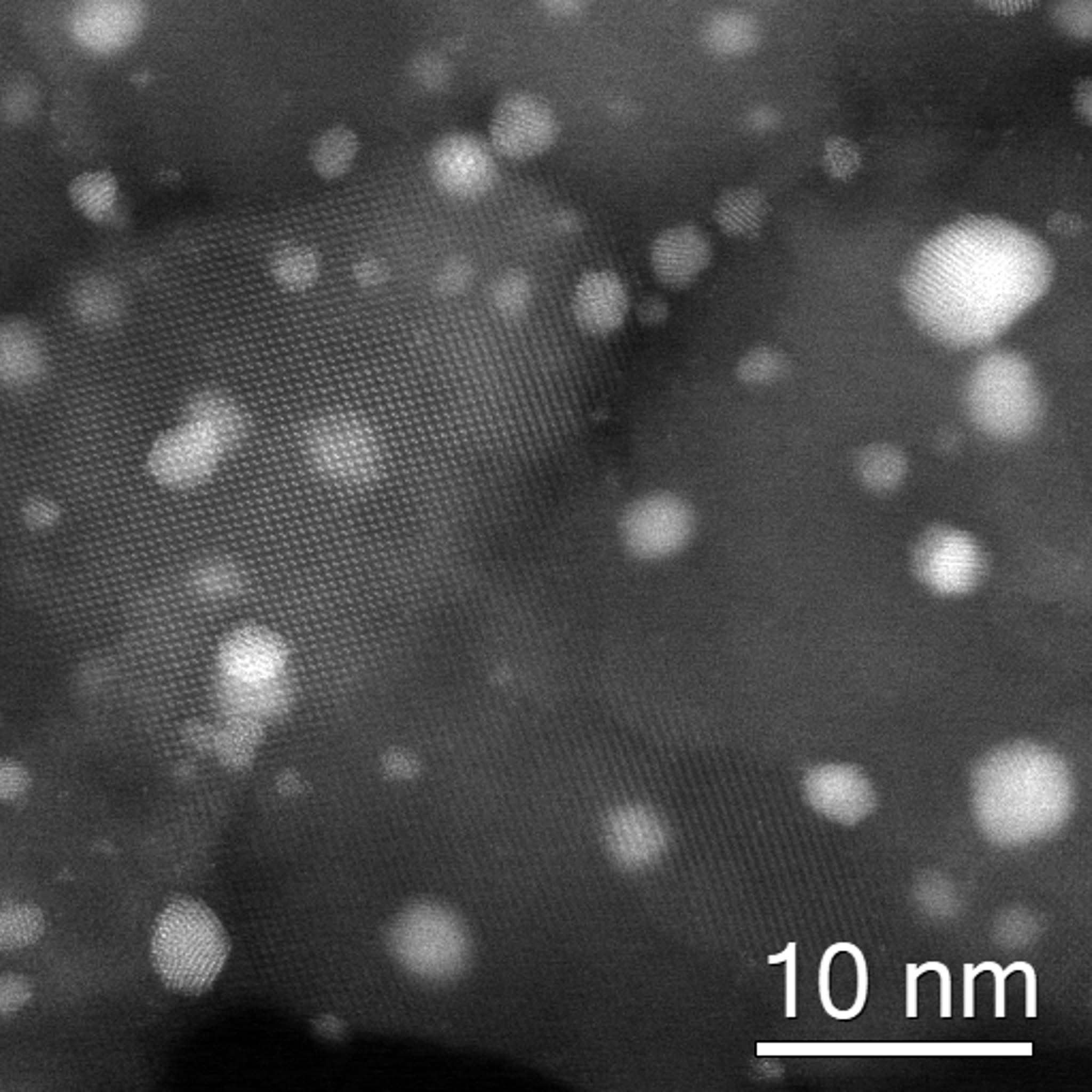 Hydrogen peroxide (H2O2) is a powerful, environmentally friendly industrial oxidant, which (in contrast to other common oxidising agents) produces only water as a by-product. H2O2 is primarily used for bleaching paper and textiles, and in chemical synthesis, and is increasingly being used to treat industrial waste in preference to oxidants containing chloride. Global demand for H2O2 is expected to exceed 5.5 million tons by 2020, with demand increasing at a rate of 4% per year. The rise in demand is mainly coming from the chemical synthesis industry, with H2O2 used in the production of propylene oxide and cyclohexanone oxime, key intermediates for the production of polymers.

At the moment, hydrogen peroxide is almost entirely produced via the anthraquinone oxidation (AO) process, developed by BASF in 1939. The AO process is extremely efficient, but it is also a complex process requiring operation at a very large scale, which prevents H2O2 from being produced at point-of-use. It is also unstable at relatively mild temperatures, and requires the use of acidic stabilising agents to prevent it decomposing to water. The use of these acidic agents can cause corrosion in the reactors, and results significant costs for the use, who must remove them from their product streams.
Professor Graham Hutchings of Cardiff University and his team of catalyst designers have been investigating methods for directly synthesising H2O2 from hydrogen and oxygen, to provide a greener process for H2O2 generation that can be adopted at point-of-use. Having previously demonstrated an enhancement in catalytic selectivity towards the direct synthesis of H2O2 with the addition of platinum (Pt) to a bimetallic gold-palladium (AuPd) catalyst supported on cerium dioxide and titanium dioxide, in this work they investigated the use of a commercial zeotype titanium silicate (TS-1) as a support for AuPdPt nanoparticle catalysts for direct H2O2 synthesis, in collaboration with an industrial partner. Analysis at ePSIC has shown that the Au:Pd ratio changed according to nanoparticle size, with some small ones containing nothing but palladium.

The morphology of nanoparticles

We specialise in ‘reasonably challenging reactions’, and access to ePSIC is key to our work. We book time in three-day blocks - in this case on the E01-JEM ARM 200CF microscope - to carry out Scanning Transmission Electron Microscopy (STEM) and X-ray Energy Dispersive Spectroscopy (X-EDS). Members of our team are trained to use the microscope and process the data, and being able to look at the morphology of nanoparticles, and to do an elemental analysis, is extremely valuable.

The team were able to demonstrate the efficacy of TS-1 supported AuPd and AuPdPt catalysts for the direct synthesis of H2O2, and established a method for imparting catalyst stability via appropriate heat treatment while maintaining the MFI structure of the zeotype. They showed that, through the introduction of small concentrations of platinum into a supported AuPd/TS-1 catalyst, it is possible to significantly enhance catalytic selectivity towards H2O2, improving overall yields and representing a promising system to explore the direct synthesis of H2O2. This was the first stage of a project to develop a procedure to synthesise H2O2 in situ and then use it in chemical reactions. The work has been completed, and further papers will be published in due course.