How stained glass can help in the battle against superbugs

Bacteria can form colonies (known as biofilms) on the surface of objects. This is a particular problem when it occurs on medical devices implanted into the body, such as catheters, prosthetic cardiac valves and intrauterine devices, as biofilms can display resistance to both antibiotics and the body’s immune response. Any incision into the body risks a surgical infection, and if a biofilm takes hold it can be difficult to eradicate. With the rise in antibiotic resistance, scientists are seeking new ways to prevent infections, and there is increasing interest in impregnate medical devices with antimicrobial substances. In work recently published in ACS Biomaterials Science & Engineering, researchers from Aston University in Birmingham, led by Dr Richard Martin, explored the antimicrobial potential of phosphate glasses doped with cobalt, and found them to be effective against Escherichia coli, Staphylococcus aureus and Candida albicans when placed in direct contact, suggesting that cobalt-doped bioactive glasses could be developed with antimicrobial properties. The technique they discovered is similar to those used to make stained glass in medieval times.
Tweet 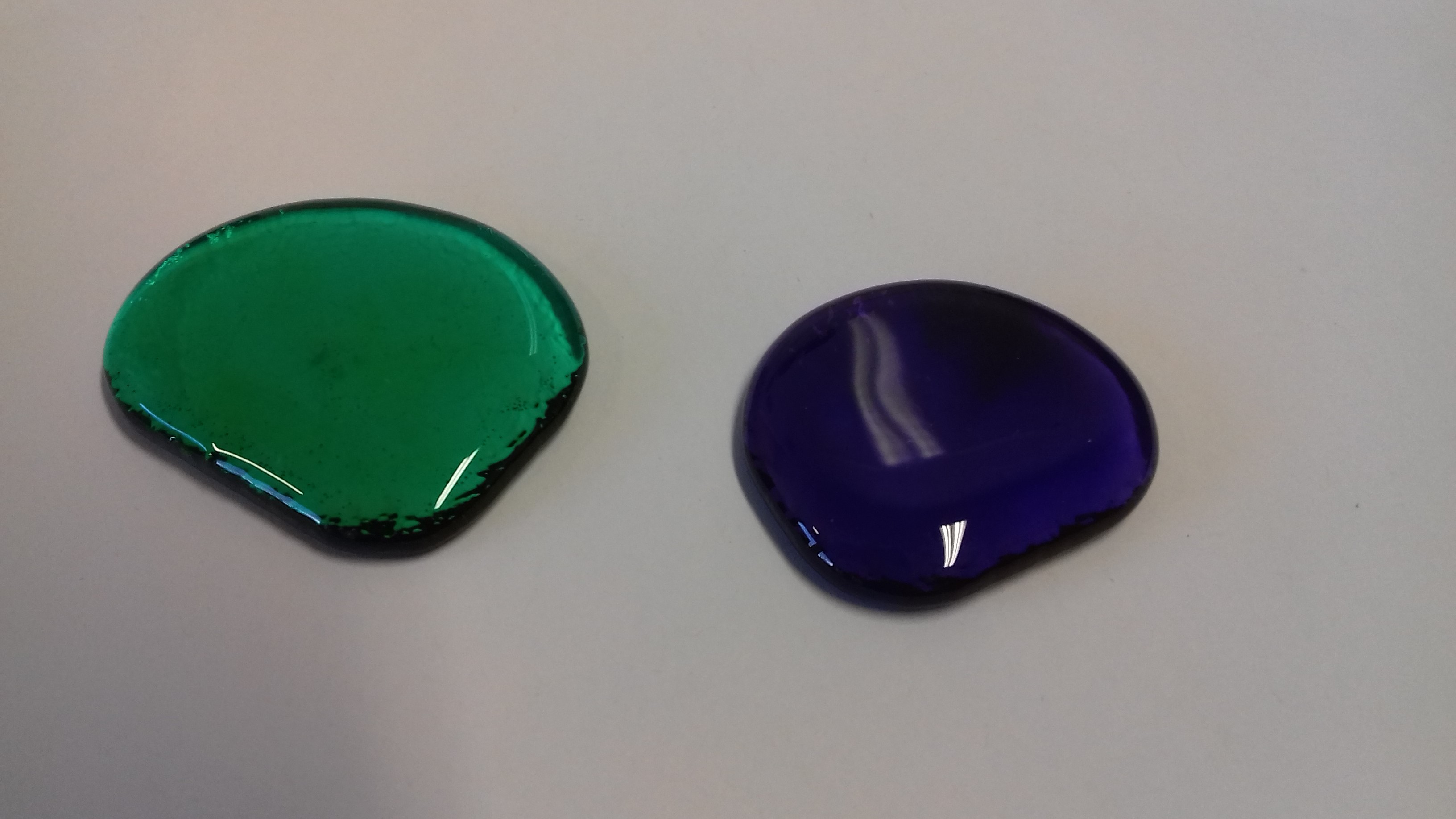 Making stained glass is an ancient skill, known to the artisans of Ancient Rome and Egypt. Stained glass as an art form reached its zenith in medieval Europe, with magnificent windows crafted for great cathedrals. In the 12th century, the German monk Theophilus studied glaziers and glass painters and recorded their methods, and it’s clear that the basic methods, at least, have changed little. But while Theophilus might recognise the glass-making that goes on in Dr Martin’s lab, he would be astonished by the resulting glass, and its purpose.

Bioactive phosphate glasses are of considerable  interest for a range of soft and hard tissue engineering applications, because they are degradable and can release  biologically-important ions in a controlled manner. Including calcium and phosphate in a bioactive glass, for example, can help with bone regeneration. The body’s natural remodelling processes reabsorbs these minerals and then deposits them to form new bone, which can be quite a slow process. Bioactive glasses are quicker to dissolve, providing minerals that can be used to form bone more rapidly.
Recent work has investigated adding cobalt to bioactive glasses to increase blood flow, which can be critical for healing, and studies have shown that glasses can be tailored to release cobalt ions at biologically effective concentrations, with no risk of toxicity. Dr Martin and his team wanted to investigate whether cobalt-doped bioactive glasses could also be manufactured with antimicrobial activity.
Dr Martin and his team use X-ray Powder Diffraction to investigate the bioactive glasses they make, and are frequent visitors to the I15-1 beamline (and also to ISIS, where they conduct complementary neutron studies). Whist investigating the structure of several other bioactive glasses the team took the opportunity to confirm that their cobalt doped glasses were indeed glassy, and had not crystallised, which can cause reduced bioactivity. The samples needed to be ground into a powder for analysis, but that is the way they would be used in the body, where they would be used as a filling agent for small defects or incorporated into coatings.

What the team found was that, the rate of dissolution of the glass decreased with increasing cobalt oxide concentration, which will be an important consideration for designing bioactive glasses. They also found that the glasses did show strong, time dependent, and strain-specific antimicrobial activity when in direct contact with microorganisms. The same effect was not seen when the glasses were in indirect contact. The results show that sodium calcium phosphate is a suitable controlled release glass capable of delivering biologically-relevant concentrations of cobalt ions, that the efficacy of cobalt doped glasses is highly promising, even at low concentrations, and that cobalt-doped bioactive glasses can be developed with dual functionality including antimicrobial properties.
This is particularly exciting, because although silver- and copper-doped bioactive glasses have been widely investigated for their antimicrobial properties, recent studies have documented the emergence of resistance, requiring the development of new antimicrobial agents and better delivery devices for delivering effective doses.
The team’s work is at a very early, proof-of-concept, stage of development, and their next step is to try and incorporate antimicrobial activity into other glass compounds that they are working on.
To find out more about the I15-1 beamline, or to discuss potential applications, please contact Principal Beamline Scientist Christine Beavers: Christine.Beavers@diamond.ac.uk.