Vortices are common in nature, but their formation can be hampered by long range forces. In work recently published in Nature Materials, an international team of researchers has used mapped X-ray magnetic linear and circular dichroism photoemission electron microscopy to observe magnetic vortices in thin films of antiferromagnetic haematite, and their transfer to an overlaying ferromagnetic sample. Their results suggest that the ferromagnetic vortices may be merons, and indicate that vortex/meron pairs can be manipulated by the application of an in-plane magnetic field, giving rise to large-scale vortex–antivortex annihilation. Ferromagnetic merons can be thought of as topologically protected spin ‘bits’, and could potentially be used for information storage in meron racetrack memory devices, similar to the skyrmion racetrack memory devices currently being considered. 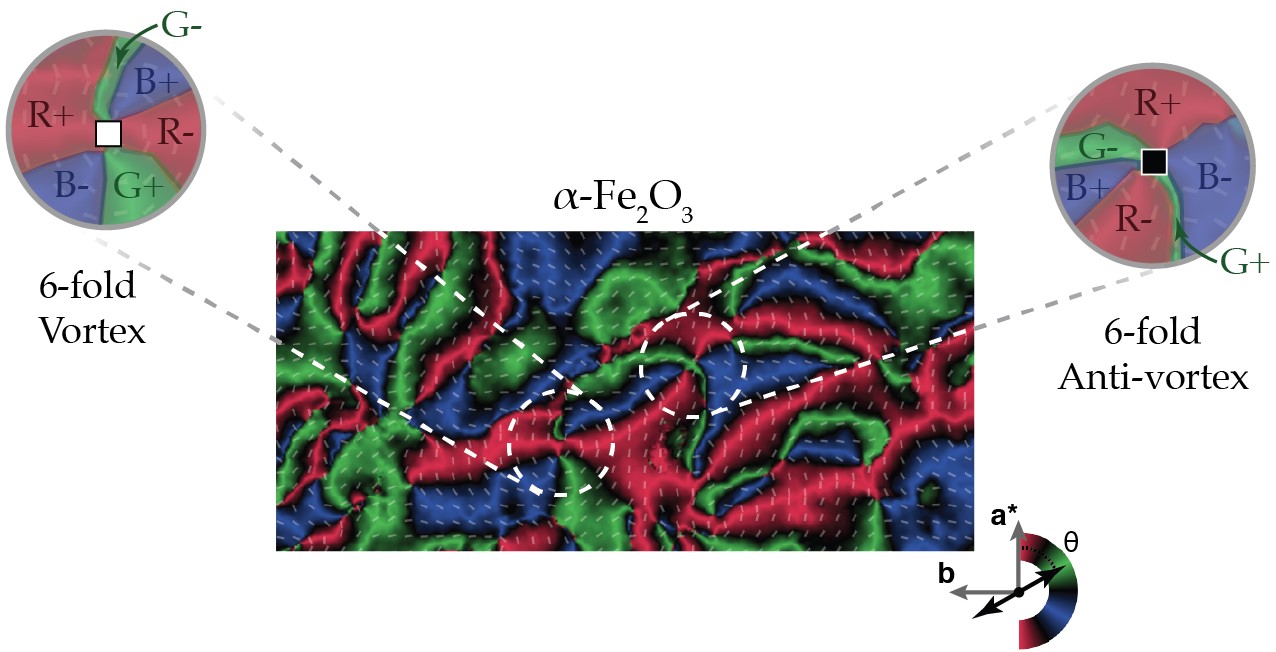 Vortices are fascinating, dynamic structures that occur naturally at all length scales, from cosmic down to the submicron. Vortices are amongst the simplest topological structures, but in some systems (such as crystals) long-range interactions hamper their formation. This is true for microscopic magnetic vortices, which are not commonly found in ferromagnetic materials. A team of researchers therefore went looking for magnetic vortices in an antiferromagnet, which has the same magnetic moments as a ferromagnet, combined in a way which does not produce a long-range effect. Previous research has shown that it’s possible for ferromagnets and antiferromagnets to ‘imprint’ each other with a magnetic state, leading to the question of whether it would be possible to create a magnetic vortex in an antiferromagnet, and transfer it into a ferromagnet. 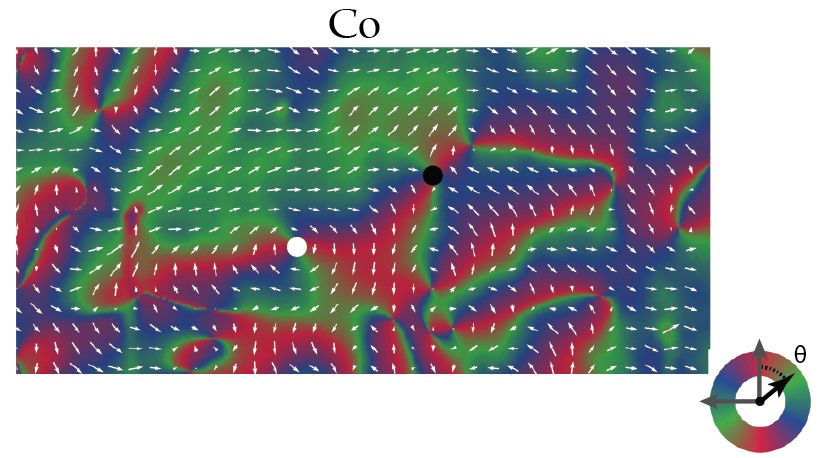 Fig. 2: XMCD-PEEM image of Co layer, in the same region as Fig.1. The location of the vortex (anti-vortex) highlighted in the rust layer in Fig.1 is indicated by the white (black) circle in the Co map, where we see the Co magnetisation (white arrows) also forms a respective vortex (anti-vortex).

The starting point for this research was finding the right antiferromagnet, one with the right characteristics and is antiferromagnetic at room temperature. The answer turned out to be common rust, and a 30 nm layer of iron oxide (α-Fe2O3, the main constituent of `rust’) was placed on top of alumina crystals, then covered with a 1 nm layer of cobalt, a ferromagnet.

Using I06, the team took Vector-mapped X-ray magnetic linear and circular dichroism photoemission electron microscopy (XMLD-PEEM and XMCD-PEEM) images of the configuration of magnetic moments in the materials. Looking first at the rust layer, they found a network of whirling magnetic vortices, hundreds of nanometres in size, as well as more exotic hyperbolic/anti-vortices. Vortices and anti-vortices can annihilate, and the team saw them do so in their experiments.
Moving on to look at the cobalt layer, they also found that the magnetic vortices produced in the antiferromagnet were being imprinted on the ferromagnet.
A hurricane is perhaps the most familiar kind of vortex, and the ‘eye’ at the centre of the storm is a region of clear weather caused because the wind direction changes to a downward direction, creating an area of high pressure at the centre of the storm.
Professor Paolo Radaelli, of the University of Oxford, believes that the eye in the magnetic storm is a meron, a half-skyrmion carrying an out-of-plane core magnetisation. The meron is topologically protected from being changed by the magnetic vortex around it, but it can be controlled. One way of doing so is to apply a large magnetic field, which creates a large force of attraction and causes the vortices to annihilate. As merons in ferromagnetic materials can be thought of as topologically protected spin ‘bits’, they have the potential be used for information storage in racetrack memory devices, in a similar way to skyrmions.

This could prove to be the foundation of oxide electronics, a way to move beyond silicon for the next generation of devices. The physics may be exotic, but it could allow us to build new devices that are simple and also backwards-compatible with current technologies,” 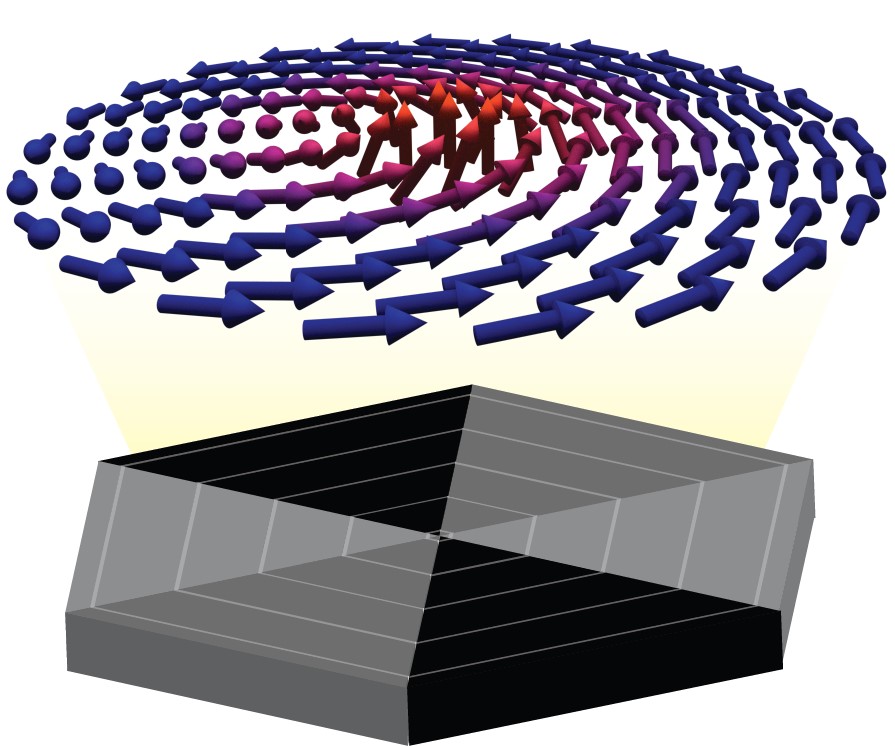 Fig. 3: Graphic outlining the antiferromagnetic rust vortices. The grayscale base layer represents the (locally collinear) magnetic order in the rust layer, and the coloured arrows the magnetic order imprinted into the adjacent Co layer.

Future experiments will look to increase the density of magnetic vortices, and investigate these vortices in other materials.

To find out more about the I06 beamline, or to discuss potential applications, please contact Principal Beamline Scientist Sarnjeet Dhesi: sarnjeet.dhesi@diamond.ac.uk.