For the first time ever a family of hydrogels has been created, with unique properties that allow them to be utilised in biological applications. The work, recently published in Polymer, could herald the introduction of a novel class of bio-inks or drug delivery vehicles.

Hydrogels are networks of cross-linked macromolecular chains that have a highly porous structure enabling them to become swollen with water. They are soft structures with often complex viscoelastic properties that can be fine-tuned by adapting their chemical components and their cross-linking density. In this manner, they can be adapted to sense and adjust to changes in their environment, such as temperature, pH, pressure, light, or even the presence of other chemicals.

A well-known family of hydrogels based on poly(ethylene oxide) (PEO) copolymers were combined with a mechanically robust polymer known as Nafion. The properties of the novel polymer complexes were revealed by a host of techniques, including Small Angle X-ray Scattering (SAXS) at the Small Angle Scattering and Diffraction beamline (I22) at Diamond Light Source. The addition of Nafion was shown to dramatically improve the mechanical properties of the hydrogels, making them a promising candidate for a variety of applications such as drug-release systems and 3D-bioprinting. 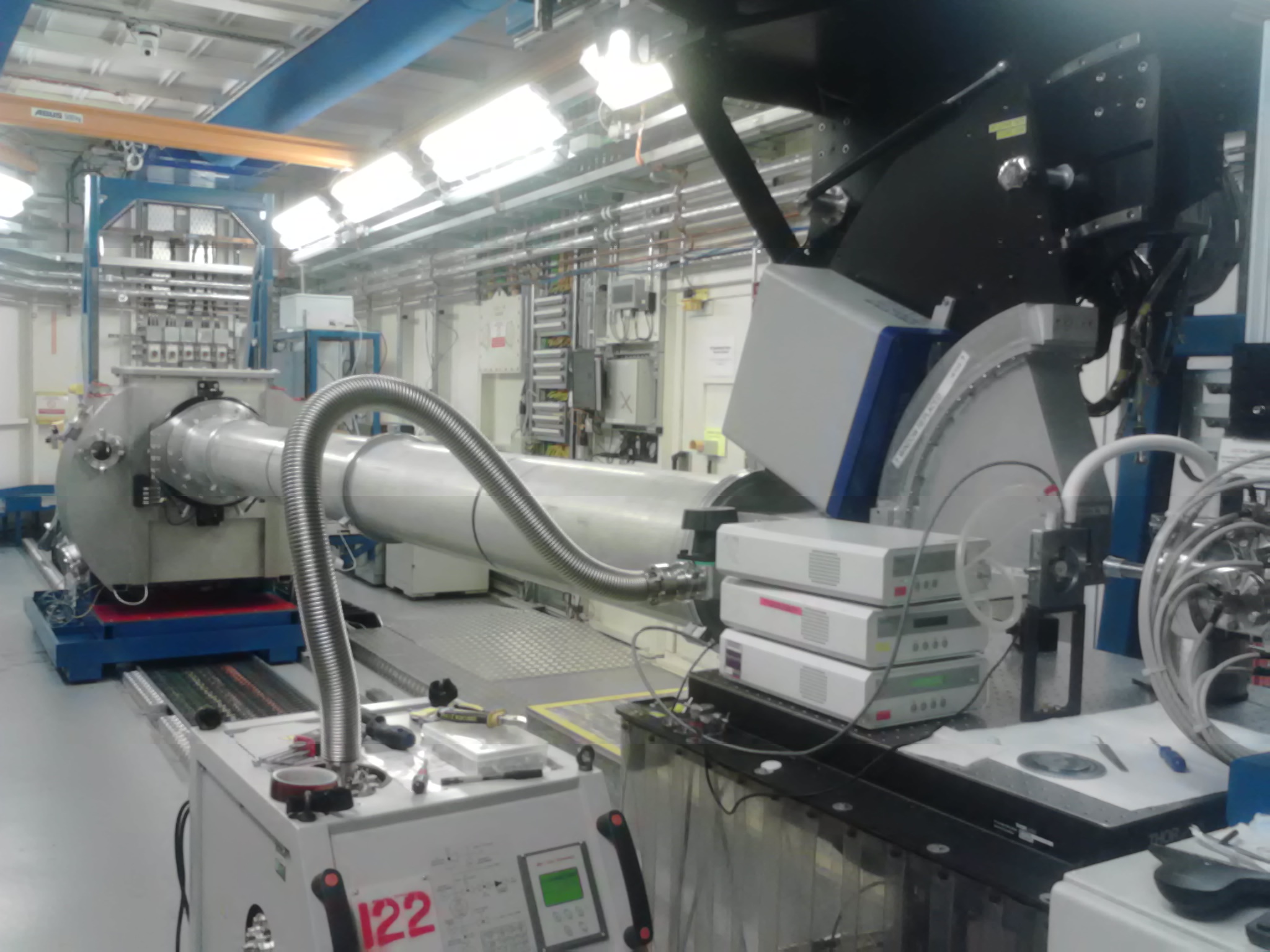 Injectable hydrogels
One of the most fascinating applications of hydrogels is in the field of drug-release. Hydrogels can be ingeniously tuned to change their phase from an injectable liquid into a gel within the body, which gradually dissolves to slowly release an entrapped drug. The benefits of this are wide-reaching for patients and healthcare professionals alike. Typically, injectable hydrogels are based on PEO copolymers as they are well characterised and have a defined phase transition to a gel at body temperature. However, these hydrogels have weak mechanical properties and release drugs rapidly.

To address the shortcomings of the current wave of injectables, a team of scientists from the University of Central Lancashire, combined them with a mechanically stable polymer known as Nafion. This polymer was discovered in the late 1960s and has a unique array of properties that have led to its use as a proton exchange membrane for fuel cells. Since its biocompatible and nontoxic nature has been recently revealed, Nafion has also been used for biomedical applications such as implant coatings and biosensors.

Mixtures of Nafion
The team prepared mixtures of Nafion with two different copolymers: E19P69E19 and B20E510 (where E was OCH2CH2, P was OCH2CH(CH3) and B was OCH2CH(C2H5)). Nafion bound extensively to the two copolymers as shown by a variety of techniques. As well as quartz crystal microbalance with dissipation monitoring (QCM-D), the hybrid hydrogels were subjected to dynamic light scattering, rheology, and SAXS. Dr Antonios Kelarakis, senior researcher at the University of Central Lancashire, and lead investigator of the study explained their approach: “We didn’t want to compromise the injectability of the polymers with the addition of Nafion, so once we knew the hybrid hydrogels had the strong mechanical properties we needed, we used SAXS to explore their structure“.

At I22, the hydrogel mixtures were mounted between mica windows in a liquid cell equipped with a water-bath for temperature control. Two-dimensional SAXS patterns were collected using a Pilatus P3-2M area detector and all patterns were corrected for the incident beam fluctuations as well as air and instrument scatter prior to conversion to one-dimensional profiles.

Enhanced properties
The addition of Nafion was shown to enhance the viscoelasticity of the existing copolymers, thereby improving their mechanical strength. Moreover, the mixtures also underwent sharp and thermally reversible sol-gel transitions below body temperature, indicating that they retained their injectable capability. The systems were also tested for their ability to release ibuprofen, and Nafion was shown to drastically decrease the release of the drug; an effect believed to be conferred by a lower porosity or stronger matrix-drug interactions. Dr Kelarakis elaborated on these discoveries, “As well as a vehicle for medicines, this polymer complex could be used as a bio-ink for 3D printing as it easily converts from a liquid to a gel. There are few materials currently available for this technique, but we have shown we can make a promising material that can withstand a lot of stress”.
The next step for this fascinating research is a full investigation into the evolution of the hydrogel complex during stress, which will be accomplished in situ using a rheometer on I22. The team aim to explore the effects of Nafion on other polymers and also intend to introduce nanoparticles to the hydrogels, so that they could be used for bioimaging. The hope is that imaging molecules could be slowly released to the body close to the site of interest (such as a wound) to illuminate selected physiological components.