I06 in the Annual Review

The fate of charge density wave order while superconductivity is enhanced by ...Read More.

Breaking waves in a sea of spins

Free-electron lasers (FELs) produce intense femtosecond X-ray pulses and have started to unveil new and unexpected phenomena in a range of technologically relevant materials. For instance, femtosecond control of magnetism in metal oxides has been a key area of research at FELs so that nowadays scientists are able to follow ultrafast changes in magnetism in materials engineered at the atomic scale in exquisite detail. This could potentially lead to the development of data storage media operating thousands of times fast than at present. 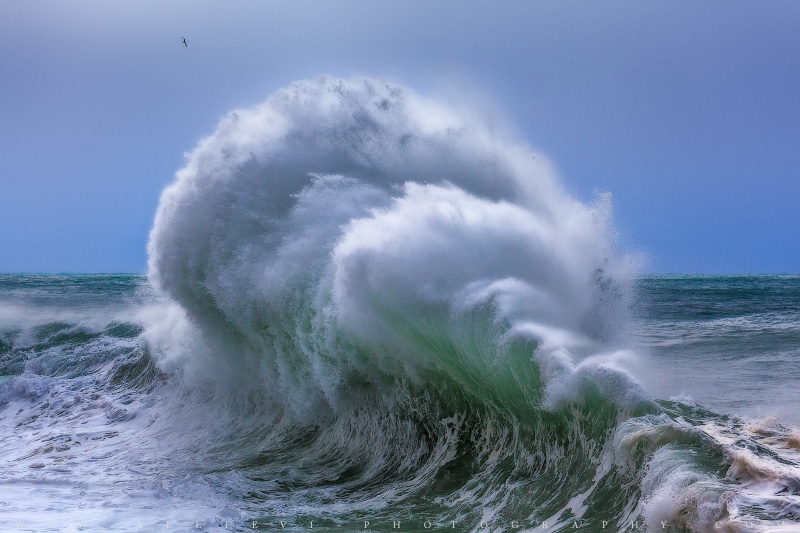 Image: A wave moving in the sea often leaves disorder in its wake. In a similar way, waves propagating through a magnetic thin film disorders the magnetism in its wake. [Rough sea 24. Courtesy of Giovanni Allievi, 2013]

In a recent study, published in the journal Nature Materials, scientists have discovered that electronic waves generated at an interface can disrupt the electron spins that lead to magnetic ordering with incredible speed. Specifically, an intense light pulse was used to launch a structural distortion in the substrate that then triggered a propagating electronic wave that scrambled magnetic ordering in the thin film grown on the substrate. The work was performed by an international team, led by scientists from the Max Planck Institute for the Structure and Dynamics of Matter at CFEL in Hamburg, who combined results from Diamond’s Nanoscience beamline (I06) with those gathered using extremely short X-ray pulses generated at the Linac Coherent Light Source (LCLS) in Stanford, California.

Previous studies have shown that the electric and magnetic properties of transition metal oxides can be altered by changes in temperature, pressure, or by electric and magnetic fields. “But there is also a strong correlation between the atomic arrangement of the crystal lattice and material properties, so that controlled structural modifications allow tuning the electronic and magnetic state of these materials, too,” said Dr Michael Först, from the Max Planck Institute and one of the lead scientists of the work.

In the continuing search for improved materials, researchers nowadays study heterostructures composed of different oxide materials. An atomically-thin oxide film on a substrate can have very different properties from the bulk due to variety of interface effects, including mechanical strain produced at the interface between the substrate and the film. This makes complex oxide heterostructures a versatile arena for engineering materials and devices properties.

“In the present work, we studied the possibility of dynamically controlling the properties of a functional thin film by modifying the atomic structure of the substrate with light.”

At cryogenic temperatures, the magnetic film of interest in this work (NdNiO3) is an antiferromagnetic insulator, i.e. the magnetic moments align in an alternating pattern with no resulting net magnetization. Above 200 K, the material becomes a metal with the disappearance of magnetic ordering. When an epitaxial NdNiO3 thin film is grown on a LaAlO3 substrate, the slightly different lattice constants of the two materials induce static strain in the film leading to a reduction of the insulator–metal-transition temperature from 200 K of the bulk material to about 130 K. Interestingly, the electrical properties of the nickelate (NdNiO3) film can also be changed on the ultrafast timescale by selectively exciting lattice vibrations in the LaAlO3 substrate. In the current work, the group studied the effects such substrate excitations have on the magnetic properties of the nickelate film. To measure these changes with high spatial and temporal resolution, the team used a powerful probe called Time-Resolved Resonant Soft X-ray Diffraction at Diamond and at the LCLS. In such diffraction studies, the femtosecond X-ray pulses scatter from the NdNiO3 film, carrying time-stamped signatures of the magnetic ordering that were then used to reconstruct the spatiotemporal magnetisation dynamics.

The diffraction experiments showed that the magnetic melting in the NdNiO3 film starts locally at the interface (next to the substrate) and propagates, like a wave into film. The high speed of the wavefront, indicates that the dynamics are driven by local changes in the electronic structure at the interface. Indeed, a theoretical model, assuming the creation of mobile interface charge carriers by the lattice vibrations, supports this picture. These charge carriers are then likely to scramble the antiferromagnetic order as they propagate into the film.

Professor Sarnjeet Dhesi, Principal Beamline Scientist on I06 and Diamond Research Fellow, comments, “Synchrotrons have an important role to play in atomic scale material engineering on the ultrafast timescale. On I06 fascinating magnetic phenomena are unveiled on the picosecond timescale which complements the dynamics studied on the femtosecond timescale at FELs.”

For more information about using the Nanoscience beamline (I06) or to discuss potential applications, contact Prof Sarnjeet Dhesi: dhesi@diamond.ac.uk