Sparkling STARS on a Diamond beamline

Scientists have gained insights that will aid development of new materials for opto-electronic and spintronic devices by understanding spin relaxation in topological insulators.

A European collaboration, including UK scientists from the Central Laser Facility and Diamond Light Source, has successfully gained new insights into the excited state spin dynamics of topological insulators. Using a technique known as Spin, Time and Angle Resolved Spectroscopies (STARS), on the ultrafast infrared lasers available on the Nanoscience beamline (I06), the team reports on the spin-dependent scattering between bulk and surface states in the archetypal topological insulator Bi₂Se₃. The results were published on the 4th March 2015 in the journal Physical Review Letters. 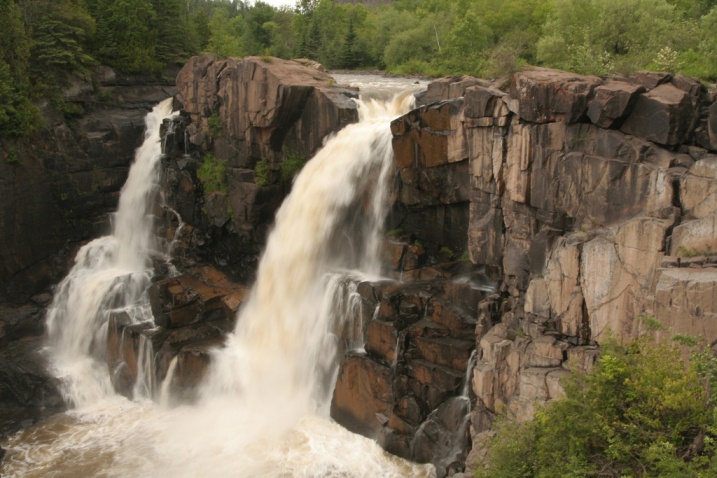 The laser excited electrons can be visualised as a sea of spin up and spin down electrons that can relax back to the (lower energy) ground state in a similar way to the water in the waterfalls in this image. One waterfall (representing one spin channel) is much quicker at moving its water than the other which has a bottleneck restricting the flow analagous to the surface resonance state.

Dr Cephise Cacho, from STFC’s Central Laser Facility, explains the research, “There is currently wide interest in the idea of being able to optically induce and control a spin-polarised current in spintronic devices. However, we know that there is a very complex interplay between the electrons photoexcited into the spin-polarized surface states and the bulk spin-degenerate states. The out-of-equilibrium electronic and spin structure of topological insulators has revealed some novel dynamics at work in topological insulators.”

The collaboration involved researchers from academic institutes and facilities across 8 European countries, who spent 6 months preparing for these experiments at Diamond and then over a month taking measurements in the Nanoscience beamline’s new laser cabin. The experiments revealed the existence of a surface resonance state in the second bulk band gap which significantly affected the relaxtion of the different spin channels. Furthermore, the experimental results were fully explained using relativistic ab initio spin-resolved photoemission calculations.

Dr Cacho continues “We have shown that the newly discovered surface resonance state plays a crucial role in the ultrafast dynamics of topological insulators and acts as a bottleneck for the interaction between the topologically protected surface state and the bulk conduction band. We also found that the spin-polarization dynamics in momentum space show that these states display macroscopically different temperatures and, more importantly, different cooling rates over several picoseconds. This research is of fundamental importance for future opto-spintronic devices, since the bulk states could be responsible for effects such as a net photogalvanic current.”

Professor Sarnjeet Dhesi, Principal Beamline Scientist for I06 adds “On beamline I06 we have used the femotosecond lasers to understand ultrafast spin-polarised dynamics in topological insulators in this study. The lasers are also used in a programme of study involving Resonant Soft X-ray Diffraction which we have developed as an ultrafast probe of strongly-correlated systems at Diamond and X-Ray Free Electron Lasers.”

For more information about beamline I06 and the laser cabin, or to discuss potential applications for beamtime, please contact Principal Beamline Scientist Prof Sarnjeet Dhesi: dhesi@diamond.ac.uk

Image credit: 'Pigeon River High Falls' by Sharon Mollerus via Flickr under the CC BY 2.0 licence.