The weak effect that can determine magnetic twisting 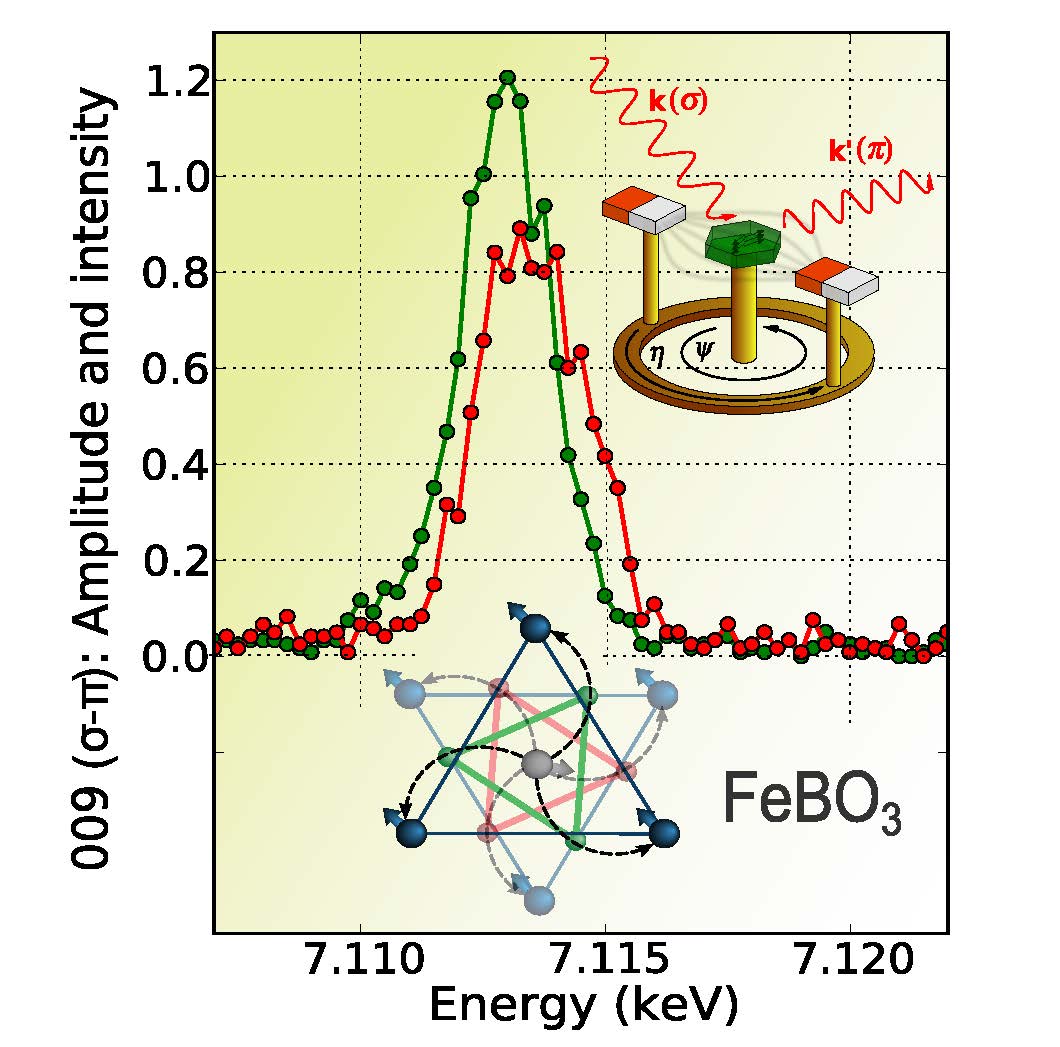 Researchers working at Diamond Light Source and the European Synchrotron Radiation Facility (ESRF) have combined a novel experimental technique with a sophisticated modelling method to investigate the interactions between atoms that can result in the twisting of atomic-scale magnetism within a crystal.

Exchange interactions are part of the mechanism by which magnetism is understood. It is an area of research of particular interest for scientists working in condensed matter research, and has far ranging implications, from computer memory to MRI machines used for medical diagnoses. One example, known as the Dzyaloshinskii-Moriya (DM) interaction, is a very weak interaction that can be used to explain the twisting of spins that can result in the so-called ‘handedness’ of certain magnetic patterns.

The experimental technique used by the collaborators combined two complex sets of scattered X-rays, using the first as a reference wave whilst looking for interference with the second. “Most people ignore a quadropole scattered wave,” explains Steve Collins, of Diamond Light Source, “but we’re using that as our reference wave!”

By finely tuning the X-rays they were able to determine the sign of the DM interaction within a small iron borate (FeBO3) sample, which can be extrapolated to explain the handedness, or twisted nature of longer structures. "We’ve got something like 1013 photons (X-rays) coming into our sample" Steve Collins continues, "and we’re getting around 103 scattered out (1 in 10 billion). We’re still able to observe the orientation [caused by the DM interaction]".

The experiment took place on the I16 beamline at Diamond Light Source, and the BM28 (XMaS) beamline at ESRF. "One of the advantages of using I16 was that we’ve been able to focus the beam to a tiny spot while turning the magnetic pattern with a small magnet." says Steve Collins "this has given us a new handle on the physics and allows us to collect very high quality data in a fraction of the usual time."

The researchers are already experimenting on different compounds, and their results demonstrate that computational modelling may now have become powerful enough to produce a complete picture of weak ferromagnets.

To find out more about using the I16 beamline, or to discuss potential applications, please contact Dr. Steve Collins: steve.collins@diamond.ac.uk