Turning the immune spotlight onto cancer

Turning the immune spotlight onto cancer

T-cells are a key component of our immune systems, patrolling the body, interacting with proteins on the surface of cells which display small fragments from the cell interior. Usually, these fragments are ‘self’ – small parts of our own proteins. Where infection occurs, the cell displays fragments of the infectious agent, alerting T-cells to the presence of a pathogen. This activates the immune system, and allows the body to act against the invader and destroy the infected cell without spreading infection. 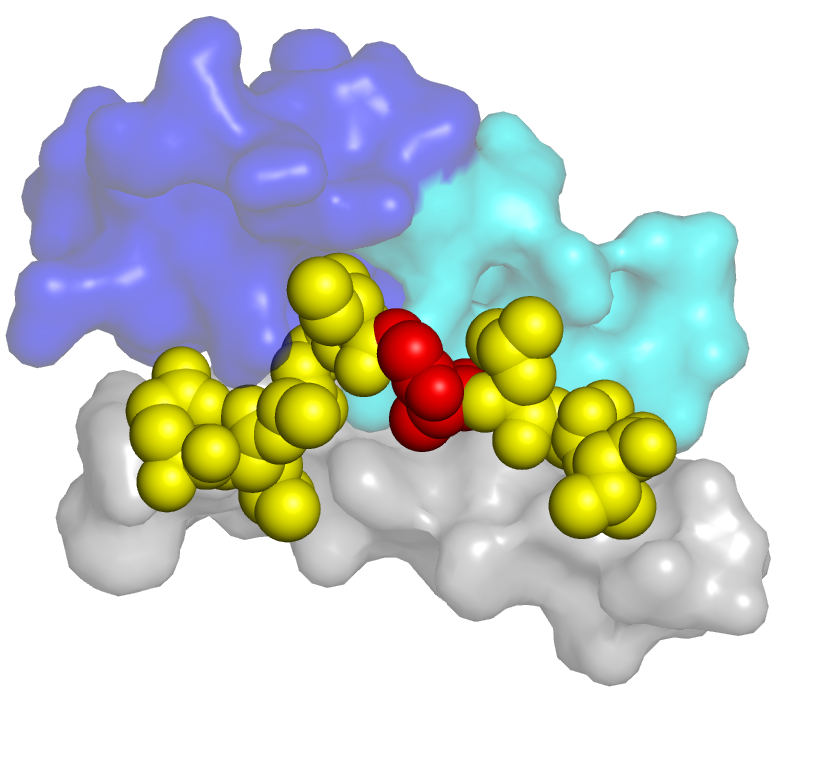 T-cells receptors (TCRs), the proteins on the surface of the T-cell which detect the fragments displayed on our cells, are being investigated as a possible cancer therapy – binding to specific tumours and encouraging the body’s own immune system to destroy the cancer cell.  However, natural TCRs bind quite weakly to their target, a feature important in the body to avoid auto-immunity. To use a TCR as a drug therapy, the binding, or affinity, for the target would need to be much stronger.  This can be achieved by replacing key amino acids within the binding site.

A group from Cardiff, led by Dr David Cole, has built on this work to increase the affinity of the TCR to its target. They investigated a new high affinity TCR, generated by their industrial collaborators (Immunocore), which targeted a melanoma specific antigen. The new TCR bound with an affinity 30,000 times greater than natural TCRs.

Dr David Cole of the Institute of Infection and Immunityat Cardiff University’s School of Medicine said: “We wanted to visualise these novel molecules at the molecular level to better understand how they work. We hope that these experiments will provide the information we need to safely improve these T-cell receptors to target cancer and other types of human diseases.”

Using Diamond, the group examined the atomic level interaction between the TCR and the antigen, held aloft by a protein known as MHC. They found that the interaction between the high affinity TCR and the complex resulted from new interactions between the TCR and MHC, but these interactions did not alter the specificity of the TCR to the target. In order for the TCR to be an effective treatment, the specificity must be maintained to avoid potentially dangerous side effects caused by the TCR binding to non target antigens, potentially destroying healthy tissues.
The work has provided an insight into the molecular mechanisms for high affinity TCRs, which will aid design of new generations of TCR based drug therapies.
T-cell Receptor Specificity Maintained by Altered Thermodynamics J. Biol. Chem. 2013 288: 18766-18775. First Published on May 22, 2013,
doi:10.1074/jbc.M113.464560