Diamond helps look back over 3.5 billion years into the history of Mars 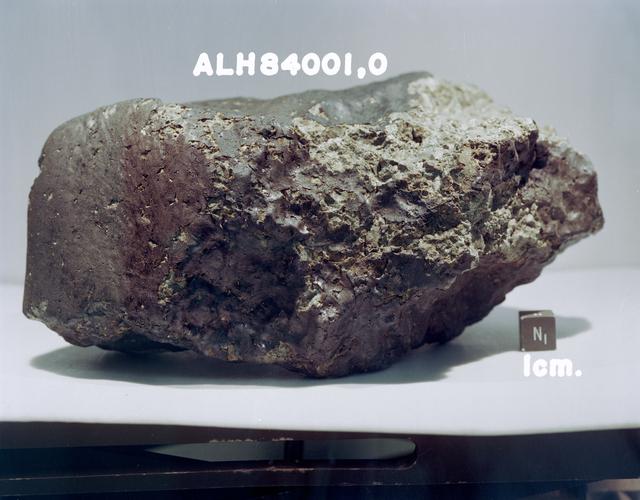 A team of scientists led by Andrew Steele at the Carnegie Institution for Science has used a variety of sophisticated sample preparation and analysis techniques to reveal the origin of organic molecules in a Martian meteorite.

The meteorite, called Allan Hills (ALH) 84001, was discovered in Antarctica in 1984 and is considered one of the oldest known rocks to reach Earth from Mars.

The team’s analysis showed that organic molecules found in the Allan Hills meteorite were synthesised during interactions between water and rocks that occurred on the Red Planet about 3.6 – 4 billion years ago. Their findings were recently published in the journal Science.

Andrew Steele, who has done extensive research on organic material in Martian meteorites and is a member of both the Perseverance and Curiosity rovers’ science teams, explained:

The study found evidence of water-rock interactions similar to those that happen on Earth. The samples indicate that the Martian rocks experienced two important geochemical processes. One, called serpentinisation, occurs when iron- or magnesium-rich igneous rocks chemically interact with circulating water, changing their mineralogy and producing hydrogen in the process.  The other, called carbonisation, involves interaction between rocks and dissolved carbon dioxide and results in the formation of carbonate minerals.

Liane G. Benning, a co-author of the work, is Head of Interface Geochemistry at the German Research Centre for Geosciences, GFZ in Potsdam, and an experienced user of Diamond. She said,

The technique used at I08, called Scanning Transmission X-ray Microscopy (STXM), generates detailed elemental distribution maps. We were able to complement our STXM analysis with many other measurements to build a complete picture of the carbon in our samples. 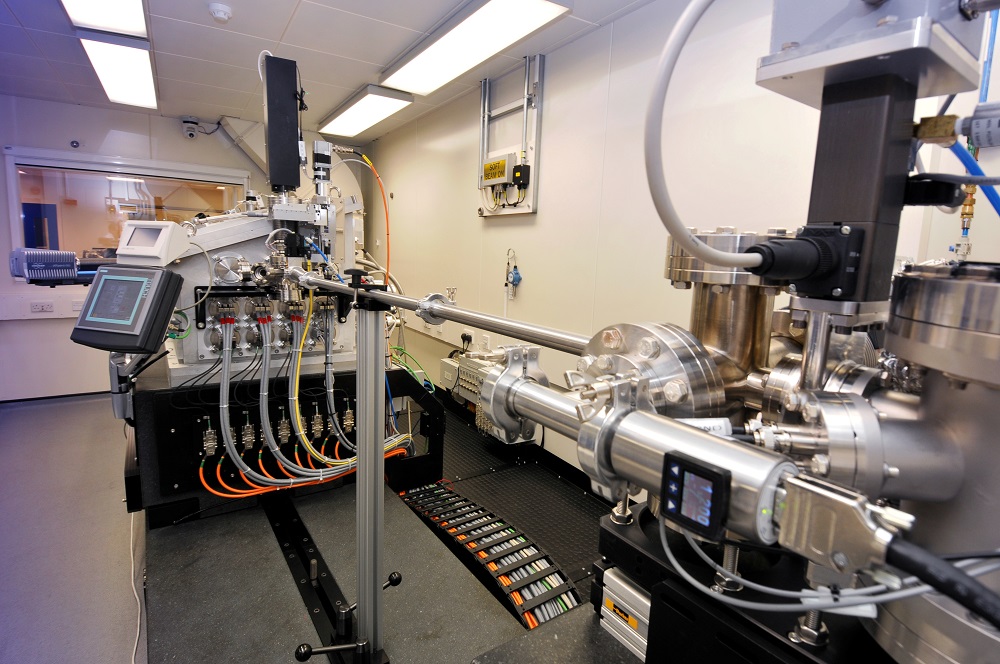 The I08 beamline at Diamond Light Source, where the team studied the carbon inside the Martian meteorite.

The team needed to work on the nanoscale at extremely high resolution to be able to map the carbon in the Allan Hills meteorite, so they applied for beamtime at the Diamond synchrotron.

Diamond’s facilities and staff are world-class; the I08 beamline provides great quality data, and we value the team’s input and knowledge when interpreting that data. Our results from Diamond told us a lot about the carbon-oxygen functionalities of the meteorite, which formed part of the evidence that the interactions between water and rocks on Mars produced organic material from the reduction of carbon dioxide.

The mineralogical features uncovered by this research are rare in Martian meteorites, and while carbonation and serpentinisation have been shown in orbital surveys of Mars and carbonation has been found in other, less-ancient, Martian meteorites, this is the first instance of these processes occurring in samples from ancient Mars. Organic molecules have been detected by Andrew Steele and team in other Martian meteorites and from his work with the Sample Analysis at Mars (SAM) team on the Curiosity rover, indicating that abiotic synthesis of organic molecules has been a part of Martian geochemistry for much of the planet’s history.

These kinds of non-biological, geological reactions are responsible for a pool of organic carbon compounds from which life could have evolved and represent a background signal that must be taken into consideration when searching for evidence of past life on Mars.

Furthermore, if these reactions happened on ancient Mars, they must have happened on ancient Earth, and could possibly explain the results we’ve seen from Saturn’s moon Enceladus as well. All that is required for this type of organic synthesis is for a brine that contains dissolved carbon dioxide to percolate through igneous rocks. The search for life on Mars is not just an attempt to answer the question ‘are we alone?’ It also relates to early Earth environments and addresses the question of ‘where did we come from?’