An international team of researchers were able visualise how orthoreovirus assembles inside infected cells, using cryo-electron tomography at the electron Bio-Imaging Centre (eBIC) at Diamond Light Source. The team were able to see various viral intermediates in their natural state giving a clearer picture of viral assembly in orthoreovirus - a member of the Reoviridae family. Their paper was published in Nature today.

Professor Dave Stuart, Life Sciences Director at Diamond and Joint Head of Structural Biology at University of Oxford, is an author on the paper. He explains the significance of their work.

The complex process of viral assembly is a crucial stage in the virus life-cycle. Understanding it can give us clues as to how to prevent the spread of viral infections. However, until now, researchers had very little direct evidence of how virus particles were assembled during the infection process. Instead, they relied on producing “stable intermediates” of virus particles that could be studied in detail. We now know that the mechanism that was directly observed for orthoreovirus could also be present in other members of the Reoviridae family which can now be studied in greater detail, because of the new models we have been able to make based on the cryo-electron tomography data.

The mechanism for viral assembly in the orthoreovirus has many similarities with a prokaryotic double stranded RNA virus called Cystoviridae suggesting that they share a common ancestor in their evolutionary past.

The similarity is particularly exciting as Cystoviridae have been used as a model organism to understand assembly and RNA packaging of double stranded RNA viruses such as the Reoviridae. This similarity suggests the mechanism could be present in many other viruses and now work can begin to identify these hallmarks of the viral assembly mechanism. 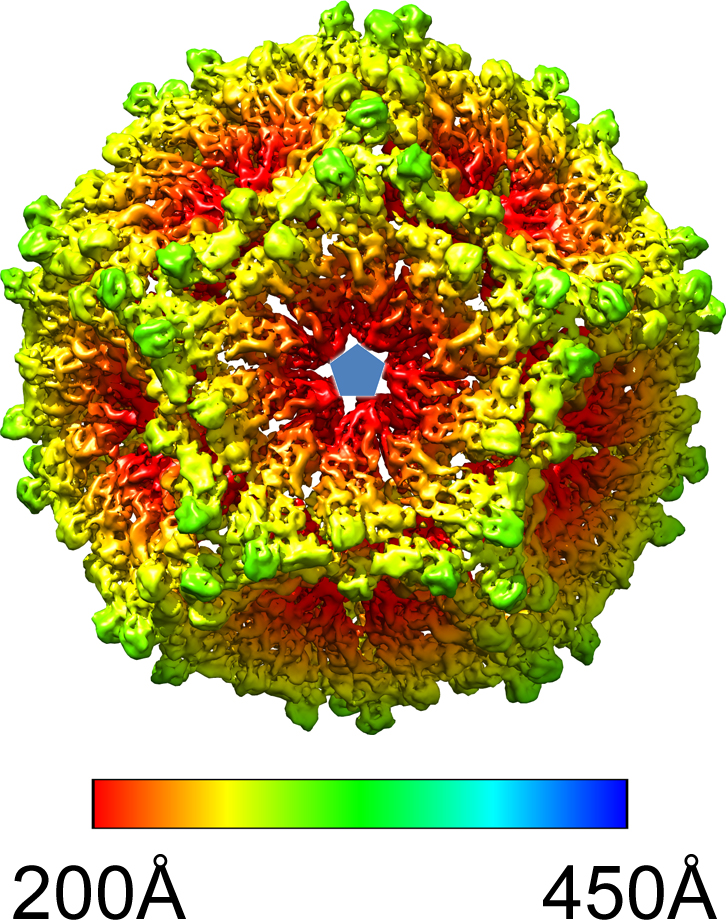 During the course of the cryo-electron tomography experiments, researchers imaged many different slices throughout cells that had been recently infected with an orthoreovirus. While analysing these slices they discovered a particle that could not have belonged to the infected cell but looked a lot different from the viral intermediates they expected to see. Whereas a normal virus is double layered, the strange particle was single layered and collapsed in on itself. Interestingly, from all the images of the collapsed, single layered particle, none of them contained RNA which is the genetic material in the genome of the Reoviridae.

These observations suggest that the collapsed particle was a viral intermediate formed prior to the packaging of the RNA genome. It is possible that the RNA packaging then stimulates the expansion of the single layered particle and the rapid addition of new layers which would ultimately form the completed virus particle.

A new method for viral research

Cryo-electron tomography was used in conjunction with cryo-focussed ion beam milling. This advanced milling procedure allows researchers to cut extremely thin slices of their cells so that there is less chance of missing important details when it comes to imaging them with the cryo-electron microscope. Using these techniques together to study the intermediate stages of viral assembly is new and shows promise for the future.

Researchers can now supplement the stable intermediates and crystal structures that they already have with direct evidence from inside infected cells. This approach can be applied to any virus family and is not limited to the double stranded RNA viruses. A lot has had to be assumed about viral assembly as there haven’t been methods available to get direct mechanistic evidence from inside live cells. Now that it is possible with new cryogenic techniques more studies will be able to incorporate direct evidence from viral infection models.