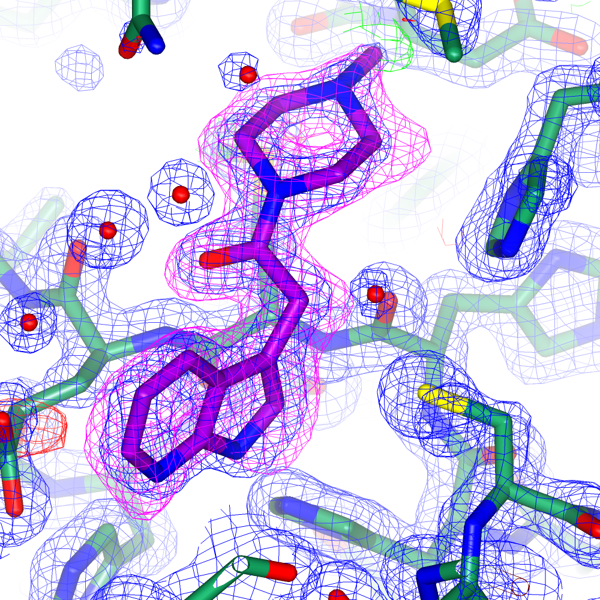 Learn more about Diamond's work on COVID-19 and keep up to date with the latest research here.

Call for Chemists to contribute to the fight against COVID-19 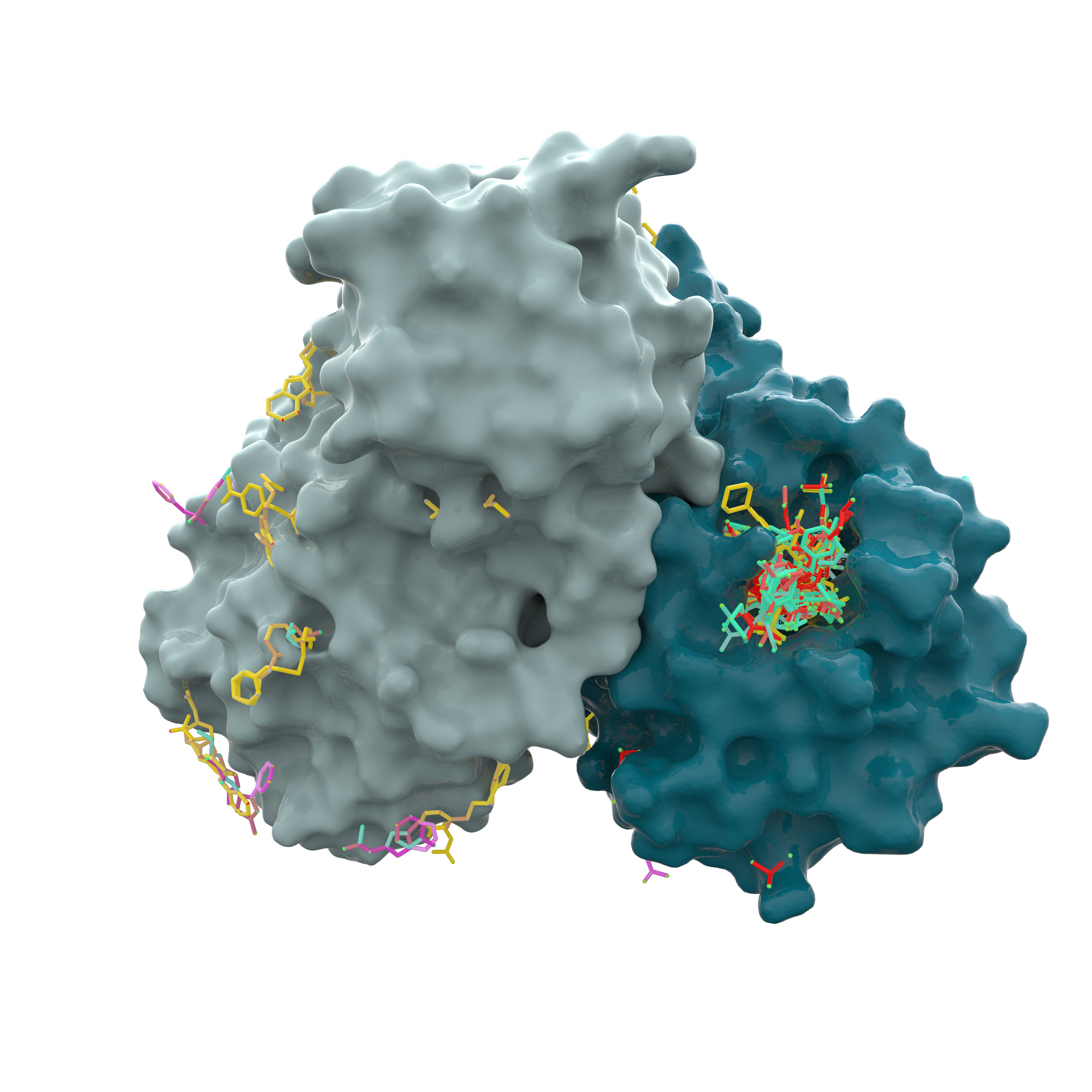 Representation of the chemicals binding to the main protease of the SARS-CoV-2 virus. Copyright: Diamond Light Source, 2020

Diamond Light Source has been contributing heavily to the global effort to understand and combat COVID-19. Following on from these efforts, start-up company PostEra Inc. and an international group of scientists from academia and industry have teamed up to form a new, ground-breaking non-profit initiative – the COVID Moonshot.  The name derives from its unprecedented aim to develop a clinically effective antiviral more rapidly than ever before, by crowdsourcing designs of new inhibitors from chemists around the world who are mining the rich “fragment” data measured at Diamond in record time during March and April. All data will be released in real time and in the open to enable worldwide collaboration and rapid progress.

This collaboration of international scientists are working together to find new ways of tackling the COVID-19 challenge and have created a clear design-to-clinic strategy and timeline.  Chemists are being called on to come up with new molecules and to have a practical input towards the global efforts to combat COVID-19. Researchers can submit their designs to PostEra, who will be running machine learning algorithms in the background to triage suggestions and generate synthesis plans to enable a rapid turnaround. Promising compounds will then be synthesized and tested for antiviral activity and toxicity.

A key part of the strategy is to pursue only molecules that are easy to produce – because if we do find something, large quantities of it will be needed very quickly.   If a safe, easy-to-make, effective antiviral compound exists, then we need to know, and fast.  We have been humbled by the readiness of so many organisations and companies to contribute effectively pro bono, particularly Enamine in the Ukraine; and then of course, by the huge intellectual contribution from the scientific community.  This has happened in just over a week, and now this new project must arrange enough funding to produce and test as many of the proposed compounds as possible.  The maths is simple: the more we can test, the more likely we are to find the solution.

This new approach is already paying dividends.  Following just two rounds of designs, the team has received over 3500 molecular design contributions and the first compounds will be tested this week.  A paper is close to submission and they have already identified at least one serious therapeutic possibility at Oxford.

Scientific work on COVID-19 has inspired the global research community to rally together in new and exciting ways. This new project from PostEra was envisioned to bring together expertise and knowledge from chemists around the world to design new inhibitors based on the initial fragment hits.

We are grateful to be able to make such a direct contribution to the battle against the SARS-CoV-2 virus.  This has been a huge team effort, kicked off by Martin Walsh’s group at Diamond collaborating with the Zihe Rao and Haitao Yang groups in Shanghai, and including the Nir London group at the Weizmann Institute in Israel.  This allowed us to rapidly make public an unprecedented trove of data that probes in great detail one of the Achilles heels of the virus, the Main Protease enzyme, which is part of the machinery by which it matures in human cells.  From almost 1,500 attempts in just 2 weeks, we observed 66 molecules that reveal how to move towards drug therapies, 42 of them illuminating the particularly promising approach of covalent bonding.  These are exciting results, as they show a way to leap-frog the historically very long process to drug therapies and help the global scientific efforts to identify therapies.

The exceptionally dense readout from the Diamond data suggests countless opportunities for growing and merging molecule fragments, and we need many sharp brains and algorithms to sift through them. By leveraging the collective wisdom of the scientific community through an open science initiative and best-in-class technology, we hope we can streamline the pre-clinical drug development process from years to months

We encourage chemists to ideally focus on the active site of the enzyme, but if they have any reasons to submit molecules target other parts of the molecule, and the rationale is convincing, those compounds too will be considered. Our machine learning technology accelerates chemical synthesis, and we have also put our predictive and molecule generation models to work to augment suggestions by the community.

The PostEra team are hosting a crowd-funding call to support this initiative and to find a solution to this global challenge. As a collaborator on this project, Diamond has provided in-kind contribution through the availability of experimental results, ongoing ideas and networking. Financial contributions made by the public to PostEra are managed and held by PostEra Inc. and Diamond Light Source is not in receipt of any funds.