At Diamond Light Source we have built and developed a state-of-the art optical metrology laboratory which is equipped with instruments to test and inspect extremely precise mirrors used to focus X-rays for Diamond's beamlines. To calibrate this measuring equipment we needed a device that can produce very tiny angle changes in a precise and controlled way.
Tweet
Imagine a 1m long spirit level set on a flat surface, then place a 1mm spacer under one end. That gives an angular change of 1/1,000 of a radian or 1 milliradian. Radians are an alternative way of describing angles instead of degrees.
Now, instead of a 1m spirit level, we use a 1000km long spirit level, with a 1mm spacer under one end. This would create an angular change of  1 nanoradian, which is exactly what Diamond's Nano-angle generator (NANGO) can accuractely create.
This device, jointly developed between the Engineering team and the Optics and Metrology group at Diamond, is based upon a solid piece of Titanium alloy which has been machined away to produce a cartwheel shape. The central part of the cartwheel is designed to rotate when force is applied to one end shaped like a lever. An actuator is used to push the lever, this is based on piezoelectric crystals which expand when a voltage is applied.
A state of the art laser encoder ring is used to provide feedback on the applied rotation and to tell the piezoelectric actuator to apply more or less force to achieve a given angle change
The result is a device that can change angles in 1 nanoradian steps. This corresponds to the change in angle required to point a telescope to look at the toe or the heel of a single footprint on the moon! 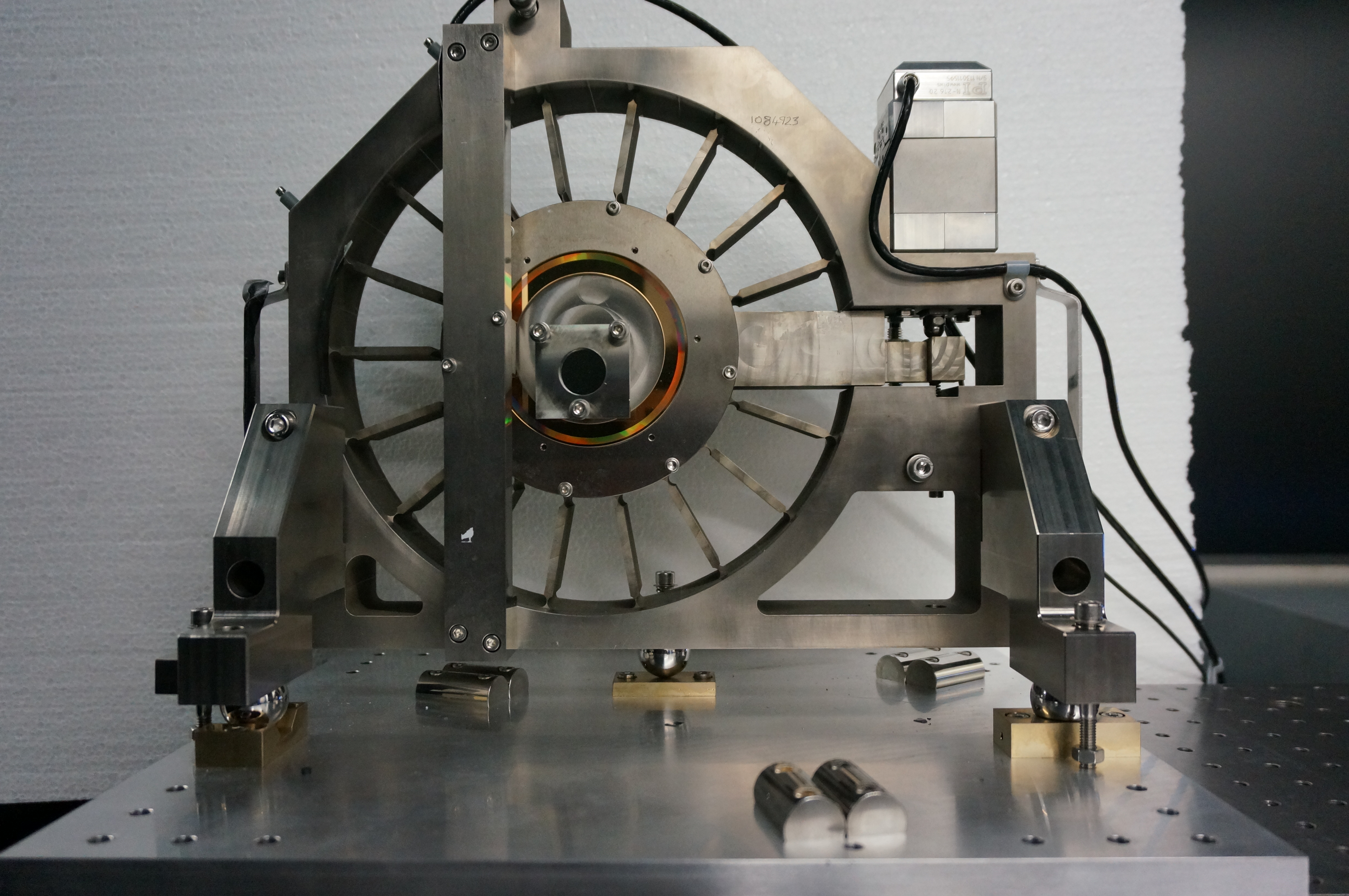 Photograph of the Diamond-NANGO, with its rotation axis pointing in the horizontal direction.