Publication keywords: Cancer; Leukaemia (blood/bone marrow cancer); Anti-tumour immunity; Immune escape
Acute myeloid leukaemia (AML) is a rapid and often fatal disease. The disease originates in the body’s system for producing white blood cells, where diseased AML cells (in common with many other types of cancer) will interfere with healthy human cytotoxic lymphoid cells, the body’s natural defence system against cancerous cells.
Understanding how cancer cells manipulate the various human body systems for survival, proliferation, and disease progression is crucial for developing immunotherapy treatments for cancer, which would allow the patient’s own immune system to fight and cure the disease. In order to understand how cancer cells ‘hijack’ the body’s processes, a team of researchers used Synchrotron Radiation Circular Dichroism (SRCD) spectroscopy on the Circular Dichroism beamline (B23) to study the interactions of the AML cell-specific receptor with its natural ligand, commonly present in the blood and surface of the endothelium. The AML cell-specific receptor determines the activity of one of the crucial immune evasion pathways operated by malignant cells, particularly AML cells.
The human steroid hormone cortisol is often referred to as the 'stress hormone', but it has a wide variety of roles in the body, including helping to control blood sugar levels, regulate metabolism, reduce inflammation, and assist with memory formulation. The researchers found that AML cells used cortisol to increase surface presence of latrophilin 1, a receptor that facilitates secretion of immune suppression factors.

Acute myeloid leukaemia (AML) is a blood/bone marrow cancer which originates from human myeloid cell precursors, and rapidly develops into a systemic disease. AML cells can interact with cytotoxic immune cells of lymphoid lineage, such as natural killer (NK) cells and cytotoxic T cells (CTCs). AML cells can interact permanently with NK and CTC cells, thereby impairing the anti-cancer activity of these crucial immune cells. Unlike many other types of cancer cells, AML cells can promote anti-cancer activity not only during direct interaction with NK cells/CTCs, but also indirectly, by secreting immunosuppressive proteins like galectin-9, and its receptor and possible trafficker Tim-3 (T cell immunoglobulin and mucin domain containing protein 3). This pathway finally leads to impairing anti-cancer activity of NK cells, killing of CTCs, and even downregulation of their biochemical activation1. Our recent studies have shown that AML cells express a cell surface protein called latrophilin 1 (LPHN1), which is normally found in neurons, and also in haematopoietic stem cells (HSCs)1, 2. LPHN1 expression is repressed during HSC maturation, unless they undergo malignant transformation and become AML cells.

We found that cortisol, a small molecular weight steroid hormone (Fig. 1) produced by the adrenal cortex, can upregulate expression of LPHN1 in AML cells3, producing a significant increase in LPHN1 protein levels. Interestingly, cortisol levels are significantly increased in the blood plasma of AML patients compared to healthy donors. Respectively, galectin-9 levels in the blood plasma of AML patients was dramatically high compared to healthy individuals. 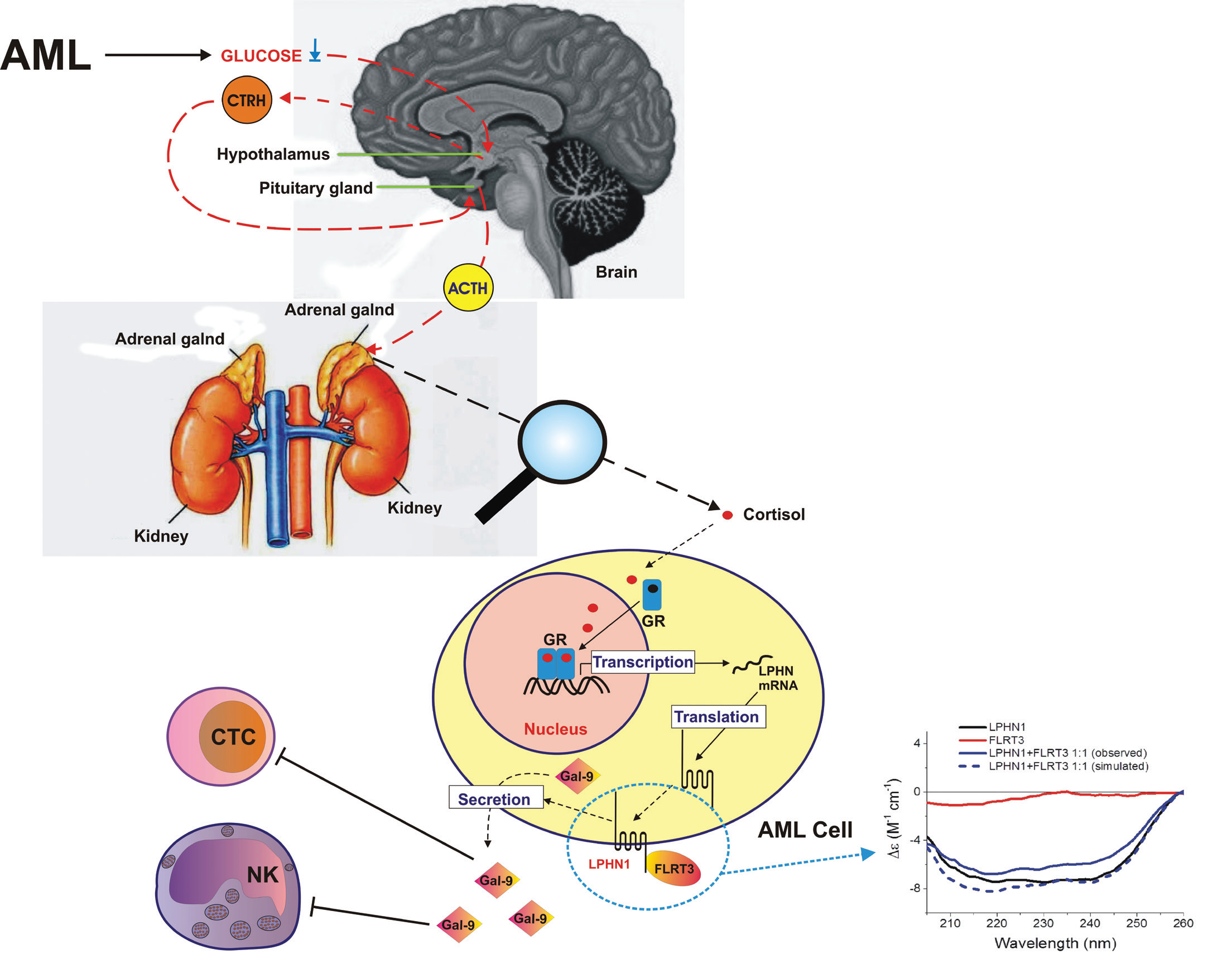 Figure 1: Pathophysiological cross-interactions of human AML cells
controlled by LPHN1 (adapted from Sakhnevych et al. 2018<sup>3</sup>). AML is
normally associated with a decrease in the levels of blood plasma glucose
due to increased cellular glucose uptake. This effect leads to upregulation
of secretion of CTRH by the hypothalamus. CTRH then induces production/
release of ACTH by the pituitary gland. Secreted ACTH induces the adrenal
cortex to produce cortisol, thus leading to cortisol-triggered increase in
LPHN1 levels in AML cells. FLRT3-LPHN1 interaction mediates generation
and secretion of galectin-9, which attenuates anti-cancer activities of
NK cells and CTCs. Importantly, the protein-protein interactions of LPHN1
and FLRT3 were characterised using SRCD at beamline B23. We confirmed
that the proteins interact specifically with high affinity. Importantly,
secondary structure of both proteins and the complex they form was
characterised using SRCD for the first time. This allowed interpretation
of the biological/pathophysiological effects triggered by the interaction
described above.

Further investigation has demonstrated that the LPHN1 ligand, FLRT3, is present in human blood plasma. Interestingly, its molecular weight and levels were similar in the blood plasma of healthy donors and AML patients. This means that healthy blood contains the LPHN1 ligand, which may be used for other, unidentified purposes. We studied the interaction of LPHN1 and FLRT3 using SRCD spectroscopy, and characterised LPHN1 conformational changes with its high-affinity binding partners. This determined the next experimental set-ups, which led to investigation/confirmation of FLRT3-LPHN1 interactions in tissue culture and ex vivo systems.
Obtained results allowed us to confirm the hypothesis that human AML cells do not repress the expression of LPHN1. In order to keep LPHN1 levels high, AML cells must recruit cortisol. Cortisol is one of the master regulators of carbohydrate metabolism in the human body that will increase blood plasma glucose levels under stress.
The interaction of LPHN1 with FLTR3 contributes to the capability of AML cells to recruit complex body systems to 'work for' cancer progression. Our results have shown that cortisol upregulates LPHN1 expression, leading to more receptors available in the AML cells. The increased receptors correlates with decreased blood plasma glucose levels since malignant cells, normally lacking oxygen, become more dependent on glycolysis. Also, increasing the number of white blood cells decreases the number of red blood cells, making use of cytosolic degradation of glucose for obtaining energy more systemic. These alterations result in increased cellular glucose uptake. This normally leads to upregulation of secretion of the corticotropin-releasing hormone (CTRH) by the hypothalamus4. CTRH induces production and secretion of the adrenocorticotropic hormone (ACTH) by the pituitary gland4. ACTH upregulates cortisol biosynthesis and secretion of cortisol by the adrenal cortex. Cortisol is then used by AML cells for the purpose of upregulation of LPHN1 expression on the genomic level. Importantly, in healthy human white blood cells, and other cell types, cortisol is unable to induce LPHN1 expression, possibly because of gene repression. Interaction of AML cell-associated LPHN1 with blood plasma-based or endothelial FLRT3 facilitates the secretion of galectin-9 and Tim-3. The latter protects AML cells against immune attack, which could otherwise be performed by NK cells as well as cytotoxic T cells. The concept of such a recruitment of human body systems by AML cells is summarised in Fig 1.