In 2018/19, our 12th year of operations, a total of 208 days (4,992 hours) were scheduled for beamline operations, 203 days of User Mode, and five beamline start-up days. The majority of the beam delivery was in standard multibunch mode (900 bunch train) or “hybrid” mode (686 bunch train + a single bunch) with total current of 300 mA. In addition, there was one day in May 2018 of “low-alpha” mode to produce short bunches (3.5 ps rms). All beamline operations were carried out in top-up mode. 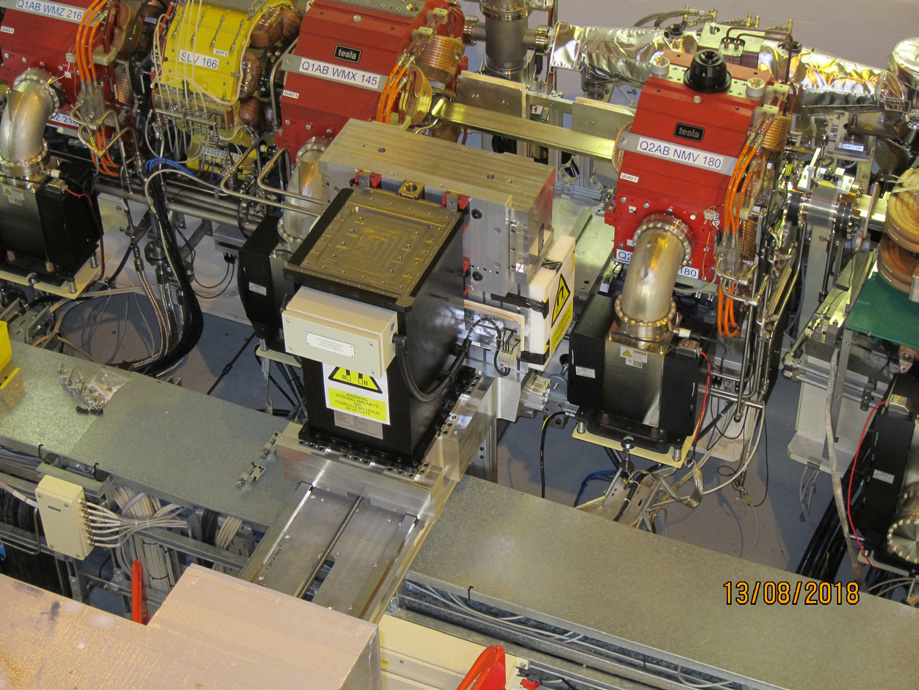 Figure 2: The girder with the 10-pole wiggler (the black object in the centre of the picture)
in place of the “missing sextupole” installed in the storage ring. The wiggler is shown in its
withdrawn position and was later moved over the vacuum vessel which can be seen behind
the wiggler.

The annual operating statistics are shown in Fig. 1. The Mean Time Between Failures (MTBF) for the year was 90.3 hours, an improvement over the previous year and our 4th successive year, exceeding the target minimum of 72 hours. The overall uptime (beam delivered as a percentage of scheduled hours) also remained high at 98.4%.
'Missing sextupole' scheme
The 'missing sextupole' scheme, described in last year’s Review, involved the removal of one of the sextupole magnets in the storage ring to enable a short 10-pole wiggler magnet to be installed as the radiation source for the Dual Imaging and Diffraction (DIAD) beamline. Following thorough testing of this mode of operation during Machine Development periods, by switching off the sextupole as well as all of its corrector functions, the machine was run permanently in that mode from April 2018 onwards. In the June 2018 shutdown, the relevant two girders were taken out of the machine and replaced with pre-assembled girders with the sextupole magnet removed and with the required new vacuum vessels. In the following August shutdown, the wiggler magnet was then installed (see Fig. 2). The new front-end was completed in the November shutdown which enabled “first light” to be achieved in the DIAD Optics Hutch in December. 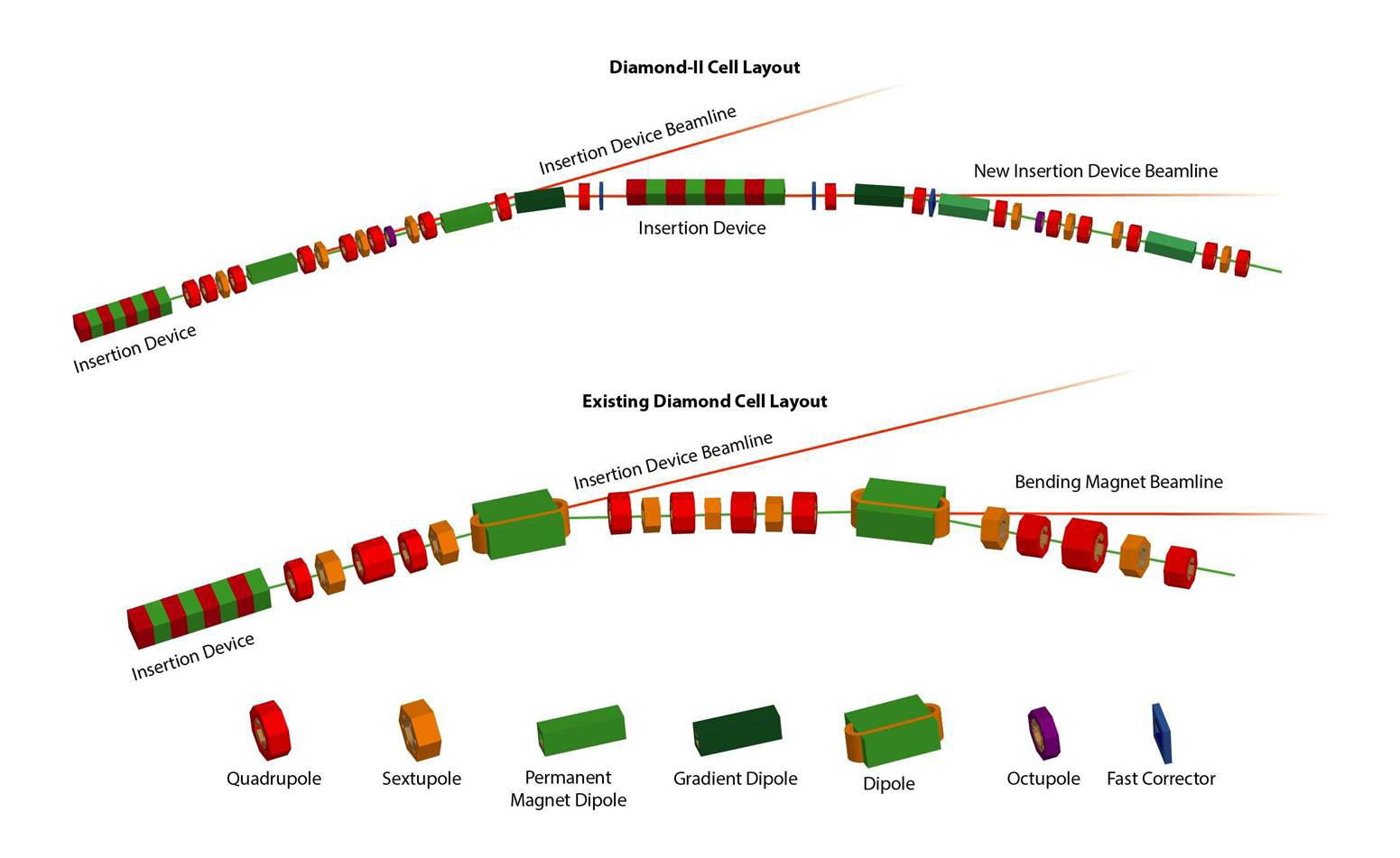 Figure 3: Layout of one cell of the existing ring (lower) and the proposed M-H6BA lattice for Diamond-II (upper). 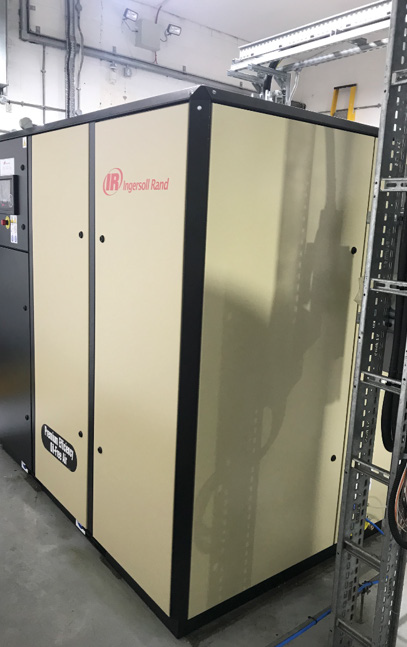 Radiofrequency (RF) upgrades
A number of upgrades of the RF systems, which provide power to the electron beam in the three accelerators, are underway, aimed at improving reliability and increasing resilience against failure.
In the linear accelerator (linac), procurement is underway of additional “SLED” cavities that will be added to the linac accelerating structures to boost the power, which will mean that if either of the two klystron RF power supplies fails, we will still be able to operate at the same linac energy of 100 MeV, and so preserve injection into the booster synchrotron.
In the booster synchrotron we have installed a second RF cavity and are in the process of installing a solid-state amplifier to power it. We will then have complete redundancy of the RF systems in the booster.
In the storage ring we have installed two normal conducting cavities of the EU higher-order mode damped design to provide a partial back-up in case of failure of one of the two main superconducting cavities. One is operational and the second is currently being conditioned. A third cavity is being procured for installation in 2020 which will allow the ring to be operated, albeit at reduced current, even in the case of failure of both superconducting cavities or the cryoplant.
Diamond-II
Studies for a possible upgrade to Diamond started in 2013, but were intensified during this year following the decision to produce a Conceptual Design Report (CDR) by the end of March 2019. Rather than pursue the lowest possible emittance, as other light source upgrades are targeting, the design of Diamond-II differs significantly in two ways: firstly, by the inclusion of additional “mid-straights”, which allow the creation of additional insertion device beamlines, and secondly by an increase in ring energy to 3.5 GeV, which despite increasing the emittance, results in significantly higher brightness in the medium and hard X-ray range. Fig. 3 shows a schematic layout of one cell of the proposed lattice, M-H6BA, a modified hybrid six bend achromat, compared to that of the current ring. The six bending magnets are clearly seen, as well as the additional insertion device, in the new mid-straight. This lattice produces an emittance of 160 pm at 3.5 GeV, a factor 20 lower than the current machine. Thanks to the increase in ring energy however the brightness increases by a factor of 70 at 25 keV.
New synchrotron main air compressors
Compressed air plays an important part in the function of Diamond, being used throughout the facility, in the accelerator tunnels (e.g. vacuum valves), in beamlines (e.g. air pads), laboratories, external buildings, plant rooms, etc. The reliability and stability of the compressed air system is crucial for stable performance of the machine and beamlines – without it, there would be no beam.
As the existing fixed speed air compressors were showing their age and were not very energy efficient, a decision was taken in 2018 to replace these compressors with new 75 kW oil-free rotary screw variable speed air compressors (see Fig. 4). Each of the two new compressors can deliver a maximum of 12.3 m3/minute of clean (oil free) compressed air at 7 Bar, at a much more stable pressure than previously and with an electrical consumption saving of £17k/yr.