In 2016/17, our 10th year of operations, a total of 191 days (4584 hours) were scheduled for beamline operations, 186 days of User Mode, and five beamline start-up days. This is less than in previous years because of the extended shutdown for the installation of the double-double bend achromat (DDBA) cell, described in more detail below. The majority of the beam delivery was in standard multibunch mode (900 bunch train) or ”hybrid” mode (686 bunch train + a single bunch) with total current of 300 mA. In addition there were two days in April 2016 of 'low-alpha' mode, to produce short bunches (3.5 ps rms). All beamline operations were carried out in top-up mode.

The annual operating statistics are shown in Fig. 1. The Mean Time Between Failures (MTBF) for the year was 103.1 hours, maintaining the high degree of reliability that was achieved last year and comfortably exceeding the target minimum of 72 hours. The overall uptime (beam delivered as a percentage of scheduled hours, excluding low-alpha operation) was also the highest achieved to date, at 98.7%.

Scheduled shutdowns were dominated this year by preparations for DDBA installation, followed by the 8-week long DDBA shutdown itself, which took place between 7th October and 6th December 2016. In addition, the front-end was installed for the VMXm beamline and the in vacuum insertion device for the same beamline was installed in the March/April shutdown of 2017.

The superconducting radio frequency (RF) cavity, which failed in September 2014 due to a leak from the helium volume to the ultra-high vacuum, returned from repair in February 2016. Subsequently it was installed at our RF Test Facility, but unfortunately vacuum leaks were discovered prior to cool-down and the cavity had to be returned again to the supplier. The cause of the leak has since been identified and preparations for repair are being made. Meanwhile the RF cavity whose window failed in July 2015 was repaired at the RAL Space clean room in February 2016. After successfully completing checks in Diamond’s RF Test Facility, it has been shown to be a viable spare. 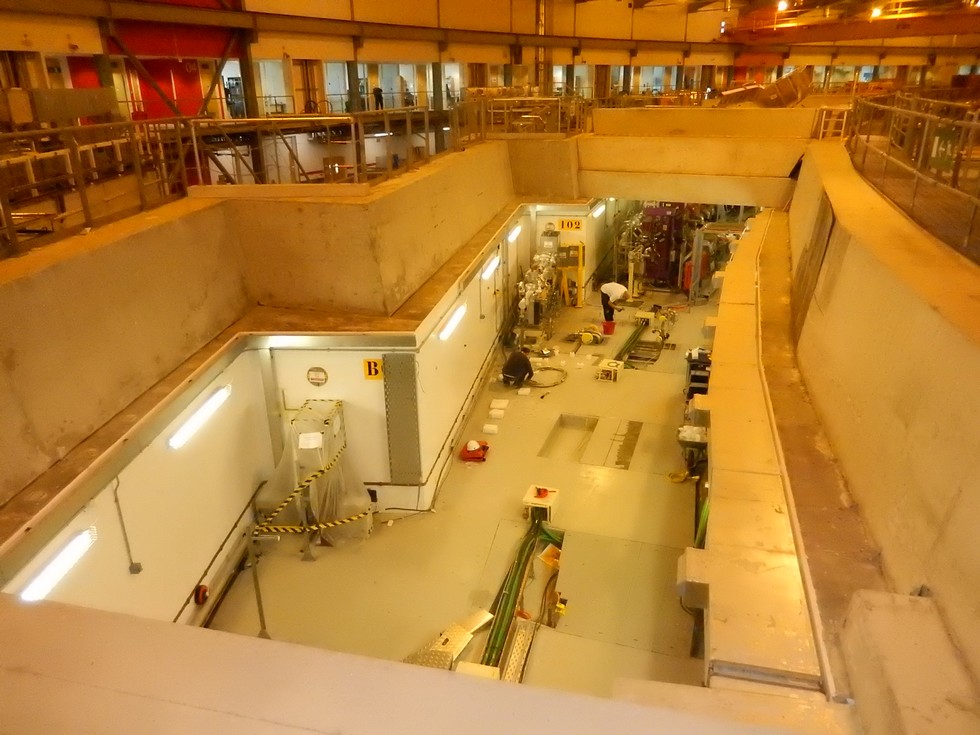 Figure 2: The empty cell 2 of the storage ring awaiting installation of the DDBA girders.

The DDBA project, described in previous years’ Annual Reviews, consists of replacing a complete DBA (double bend achromat) cell of the storage ring with a new DDBA structure, thereby converting what would otherwise be a standard bending magnet beamline into a much more powerful insertion device beamline (VMXm), with a full length in vacuum insertion device as its source.

Assembly of the two DDBA girders was completed on schedule one month before the start of the scheduled shutdown, which commenced on 7th October 2016. The first task was to remove the three existing DBA girders and make preparations for the new girders (Fig. 2). One of the two new 6.6 m long 79girders, complete with magnets, vacuum chambers, cabling and pipework and weighing 12 tonnes, is shown in Fig. 3 being transported above the storage ring roof and then being carefully lowered into position.

Fig. 4 shows a view of the completed cell in November 2016, shortly before closing the tunnel. The space between the two girders is filled with a make-up vessel; the insertion device for the VMXm beamline was subsequently installed in this space during the March/April shutdown of 2017. 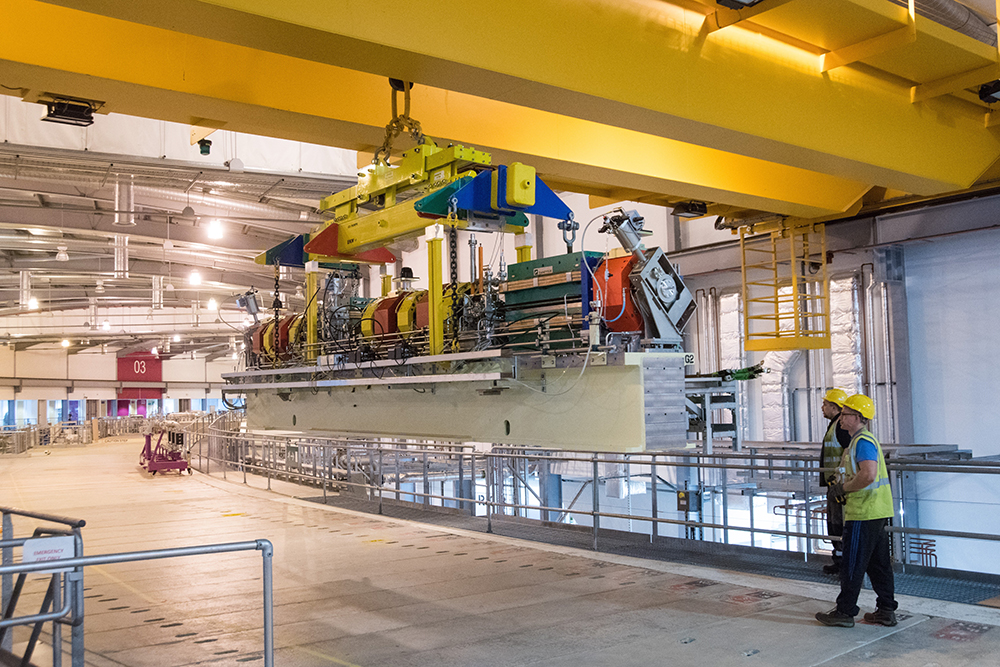 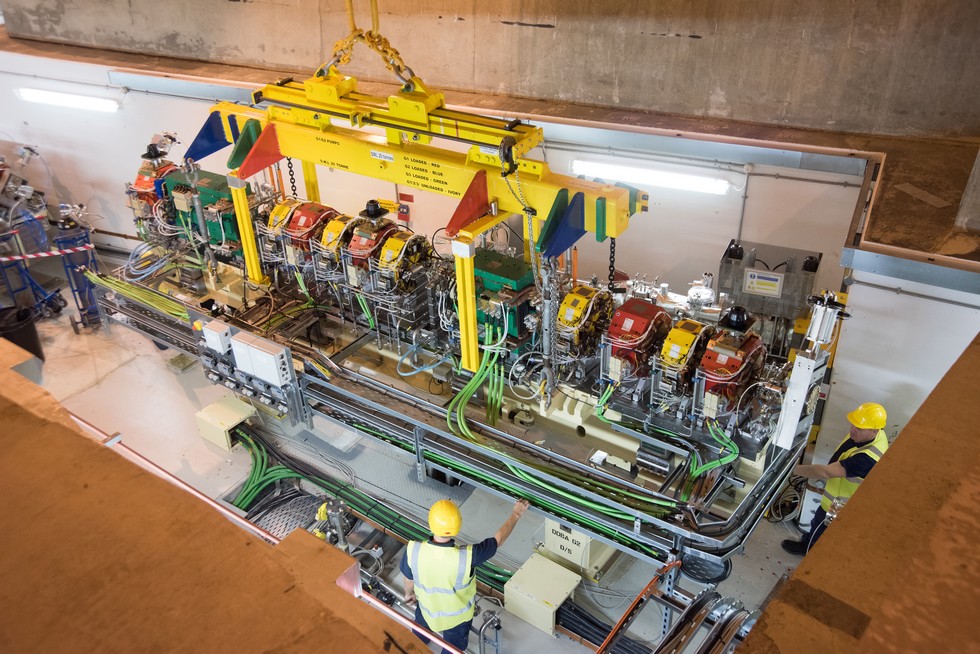 Figure 3: Transport (left), and installation in the tunnel (right), of one of the two DDBA girders. 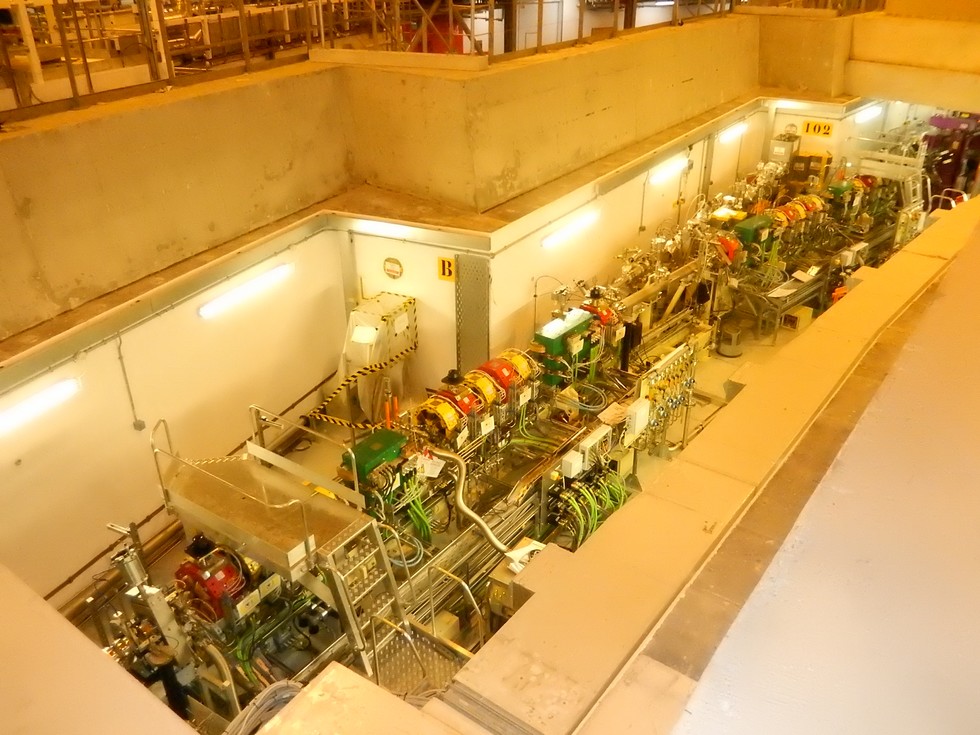 Figure 4: The completed cell 2 of the storage ring.

After quickly re-establishing injection, accumulation and stored beam the beam current was increased steadily as vacuum levels and beam lifetime improved and while carefully monitoring temperatures of critical components. The reduction in the gas desorption rate or 'dynamic vacuum pressure' in the new cell, as well as the consequent reduction in electron loss rate, as a function of the integrated beam current (or beam ‘dose’) is shown in Fig. 6. The curves show the typical behaviour expected of a clean vacuum system; initially the loss rate improves proportionately to the reduction in pressure but then approaches a limit determined by other processes (mainly Touschek scattering). The early completion of installation and commissioning allowed more vacuum conditioning to be carried out than originally planned which ultimately meant that 300 mA could be provided straight away for beamline start-up and user operation from 6th December 2016. 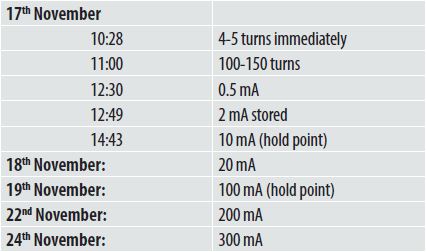 Figure 6: The beam conditioning of the DDBA cell where the red curve depicts the dynamic vacuum pressure, P/I where P is the pressure and I the beam current; the blue curve represents the normalised electron loss rate, 1/(I x Lifetime), following DDBA installation.

In response to the risk of extended downtime in the event of further RF cavity failures, it was decided to augment the existing RF system with two normal conducting cavities, of the Higher-Order Mode (HOM) damped cavity design currently in use at ALBA and BESSY. The two cavities were delivered in February and March 2017 and the first cavity is currently undergoing bakeout prior to RF testing and conditioning (Fig. 7). Installation of the cavities is planned for June and August 2017. 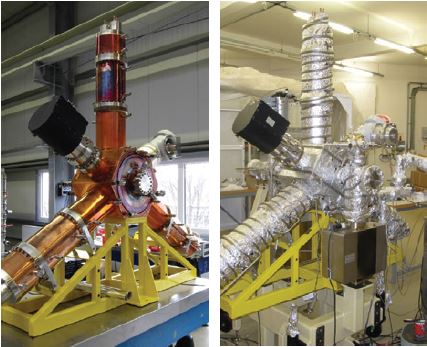 
In parallel with this, the project to develop a digital low-level RF system (for stabilisation of RF voltage and phase) in collaboration with ALBA has made good progress; a prototype system has been successfully tested in the Diamond booster synchrotron and the series production is well underway for four systems; two for the normal conducting cavities and two for the superconducting cavities. In addition a longitudinal feedback system, to combat potential longitudinal instabilities of the electron bunches due to higher-order modes in the cavities, has been developed and is in the process of being installed.

Work on a possible low emittance upgrade to Diamond has continued, concentrating on the ”Double-Triple Bend Achromat” (DTBA) lattice (Fig. 8). Such a lattice combines the benefits of the low emittance hybrid seven bend achromat lattice (7BA) developed for the ESRF-EBS project with the advantages of the DDBA lattice, promising more than 20-fold reduction in the horizontal emittance together with many additional straight sections for insertion devices, or other machine elements.