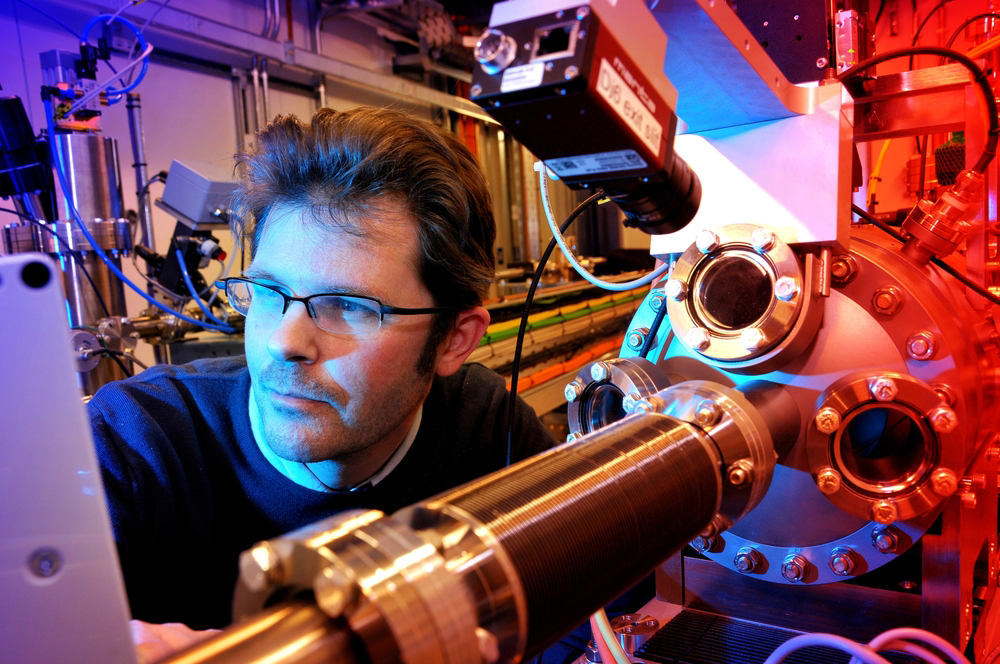 The discovery of a new material with unique electronic properties could help lead to significantly faster smartphones and computers. The novel material combines existing substances to create a new super-material with exciting industrial uses.
Graphene is one of the most interesting materials in science. A single sheet of carbon atoms, it is an exceptionally thin nano-material which is highly conductive over a very small area. As it is only one atom thick, graphene could be used in technology without taking up much space, potentially helping us to create devices that are much quicker and smaller. However graphene is also very thin – in fact it’s two-dimensional – meaning that it’s also difficult to work with. Scientists sometimes have to stack many layers of graphene on top of one another before it is usable, and even then it may still not be practically viable as a material.
But now, a team of scientists from the University of Oxford have used Diamond’s I05 beamline to discover a new type of material that has the electronic properties of graphene but is much more easy to use. The new material is three-dimensional, thus eliminating the need to deal with atomically thin 2D sheets of atoms. 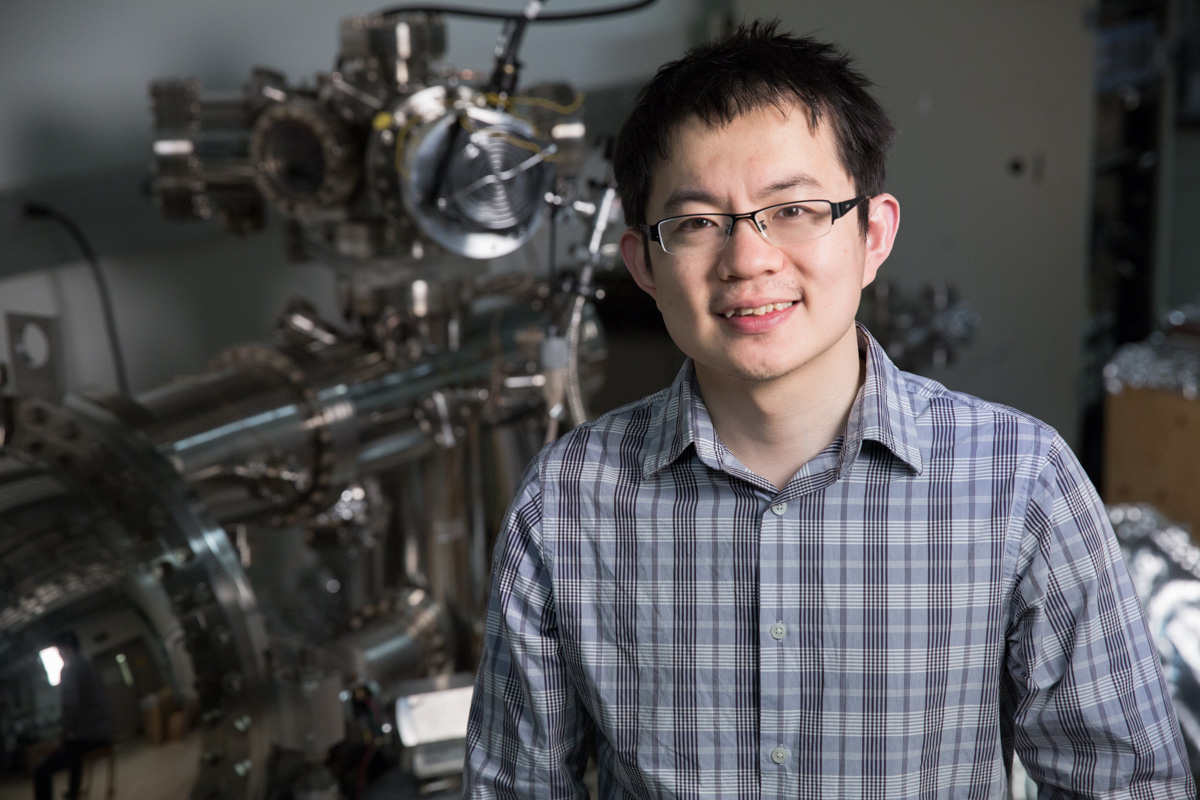 Zhongkai Liu, a graduate student with the Stanford Institute for Materials and Energy Sciences (SIMES), and one of the key authors on the paper.
© Diamond Light Source 2014

The super-material can be viewed as a hybrid of the 3D version of graphene and a something called a ‘topological insulator’. This combination leads the electrons in the materials to form a ‘3D Dirac-fermion’, meaning that they behave like photons instead of like regular electrons in normal materials. So the electronic properties in the new substance are different from those in other materials, like in metals such as gold or iron.
This unique collective behaviour of electrons causes them to ‘forget’ their mass, meaning that they can move much faster than electrons in normal materials. In addition to this, the electronic structures also have non-trivial topological properties, meaning that they behave like topological insulators, in which the spin of the surface electrons is locked with their momentum (and thus the electric current) direction. This relationship is a much desired property for the applications of spintronics, a new area of research that looks to exploit both the spin and the momentum of electrons to create more efficient technology.
Together, the combination of the 3D Dirac-fermion and the non-trivial topological characteristic makes this unusual material capable of conducting electricity in a highly efficient way. Furthermore, the material also enables its surface electrons to carry magnetic information through their spin. The substantce is much like graphene but, importantly, it is also 3D, making it easier to use. This hybrid material could thus potentially revolutionise technology, helping us to develop gadgets that are smaller, quicker, and less power hungry.
Yulin Chen, lead author on the project, comments: “With this type of novel materials, we are entering a new understanding of what technology can do. This discovery could be the first step in heralding a new age of superfast and energy-economic electronic and spintronic applications, such as computer chips and hardrives with unprecedented speed and capacity.” 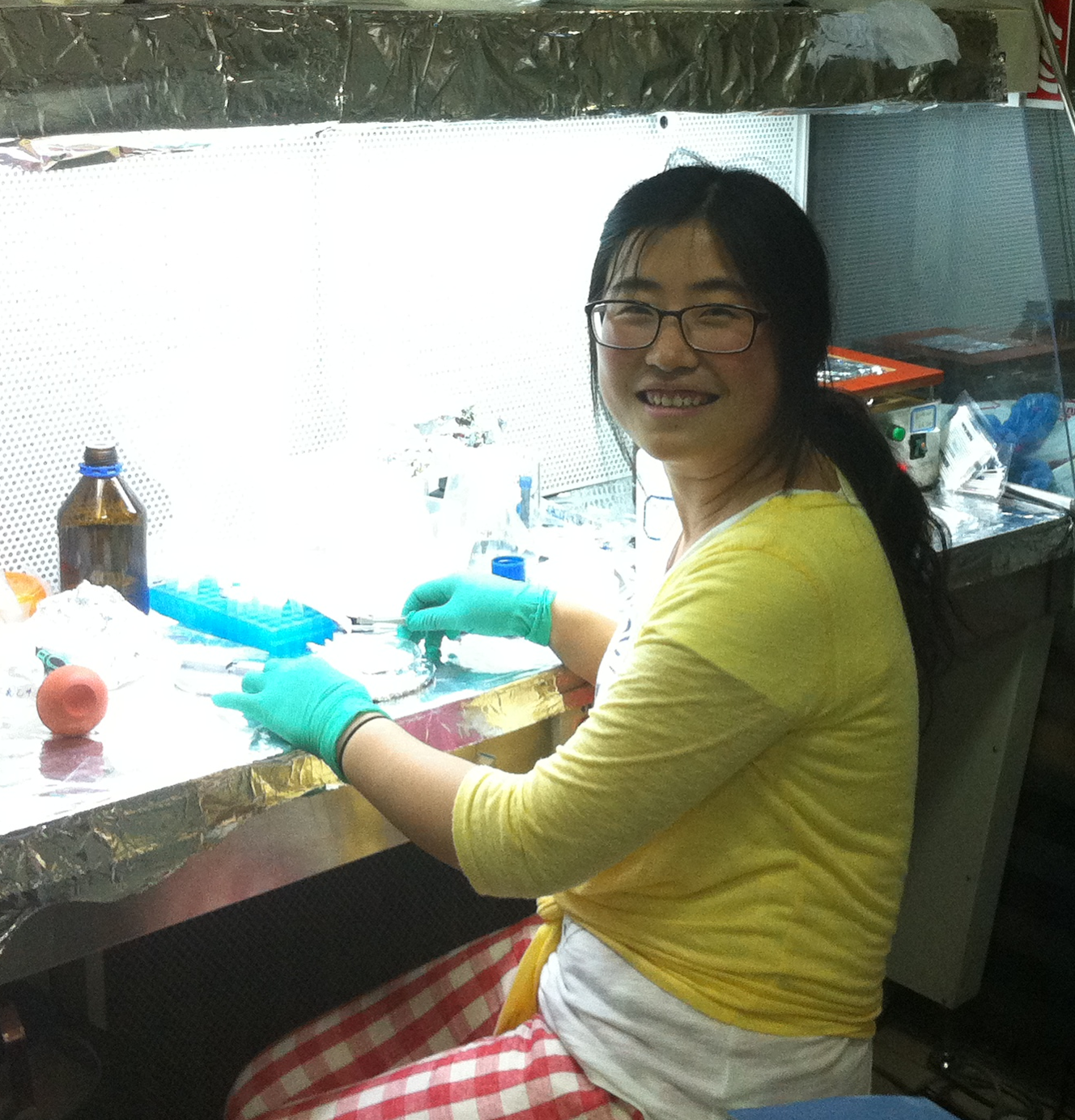 Juan Jiang, a visiting graduate student to Physics department of Oxford University, and one of the key authors on the paper.
© Diamond Light Source 2014

The group carried out their work at Diamond Light Source, the UK’s synchrotron science facility. At Diamond, scientists have access to light 10 billion times brighter than the sun. This light enables them to look at the atomic structure of matter. The I05 beamline, also known as the Angle-Resolved Photoemission Spectroscopy (ARPES) facility, is dedicated to the study of electronic structures of solids and their surfaces; these capabilities are invaluable to scientists studying next generation materials, often at the atomic scale.
Moritz Hoesch is principle beamline scientist on I05. He comments: “This is a really exciting time to be working in materials science, because every few years a new class of samples is created which have fascinating novel properties. Using the facilities at Diamond, we can apply multiple research techniques to these materials and quickly understand the underlying mechanisms. This is hugely satisfying because we further the science and open routes to new applications that are likely to have a real impact on the consumer a few years down the line."

The full paper 'A stable three-dimensional topological Dirac semimetal Cd3As2' is published in Nature Materials, and is available to read here.