A team of palaeontologists, geochemists and physicists have used synchrotron technology to shine a light on ancient fossilised leaves, finding the bite marks of a 50 million year-old caterpillar. 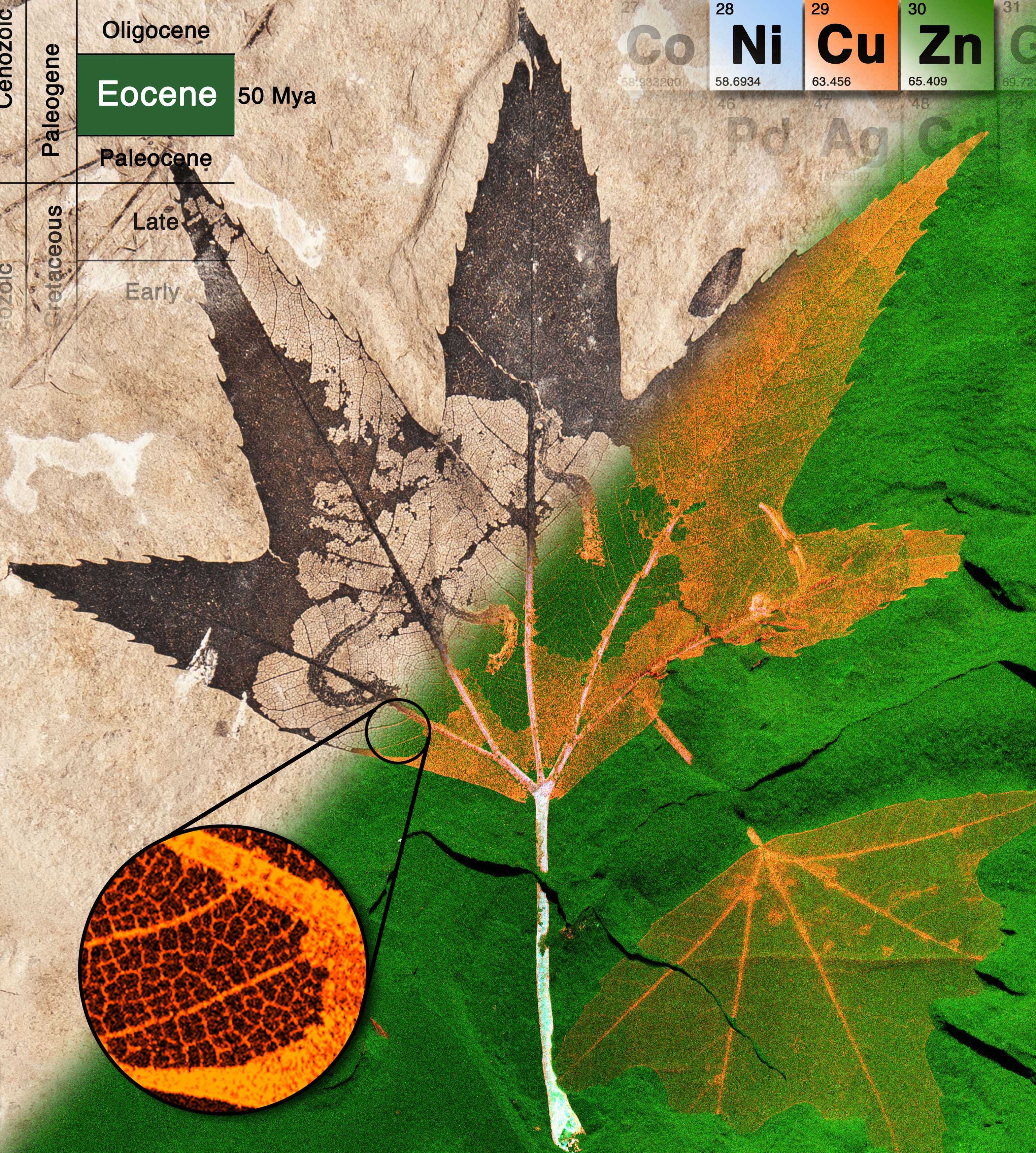 25th March 2014, UK: A team of palaeontologists, geochemists and physicists have used synchrotron technology to shine a light on ancient fossilised leaves, finding  the bite marks of a 50 million year-old caterpillar.
The group have been investigating the chemistry of exceptionally preserved fossil leaves from the Eocene epoch, found at the Green River Formation in the western USA. They exposed the fossils to synchrotron X-rays 10 billion times brighter than the sun, revealing the fossils’ structure at the atomic level whilst keeping the rock completely intact.
The team led by researchers from the University of Manchester, Diamond and the Stanford Synchrotron Radiation Lightsource (USA) have today published their paper in the Royal Society of Chemistry journal, Metallomics.
Dr. Nicholas Edwards, a postdoctoral researcher at the University of Manchester and a lead author on the paper said: “Synchrotrons have already shown their potential in teasing new information from fossils, in particular our group’s previous work on pigmentation in fossil animals. With this study, we wanted to use the same techniques to see whether we could extract a similar level of biochemical information from a completely different part of the tree of life. To do that we needed to test the chemistry of the fossil plants, to see whether the fossil material was derived directly from the living organisms or degraded and replaced during the fossilisation process. We now know that plant chemistry can be preserved over hundreds of millions of years.” 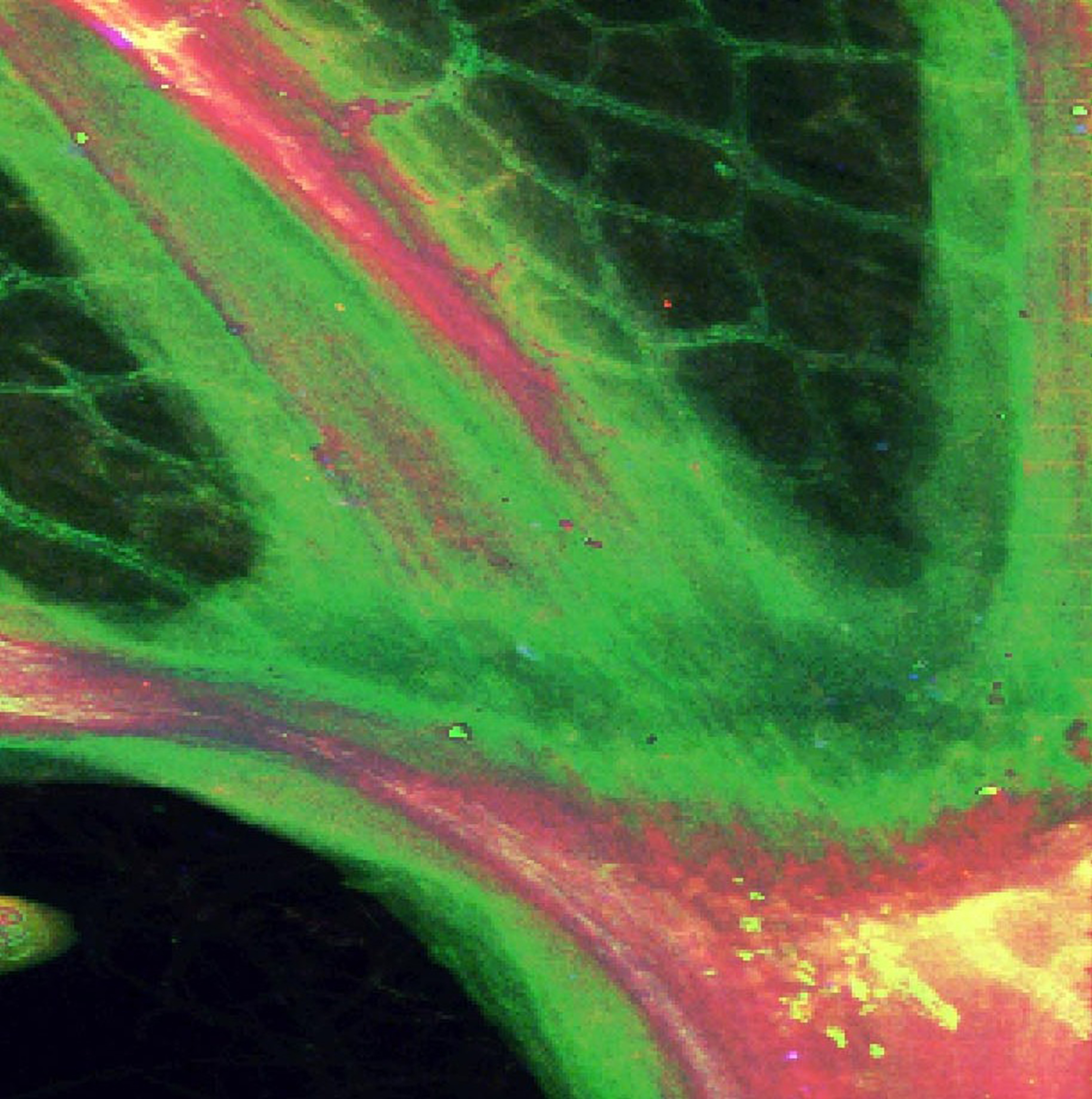 At Diamond, the team used the microfocus spectroscopy beamline I18to gain an insight into the chemistry of these ancient plants. Prof. Fred Mosselmans, Principal Beamline Scientist on I18 at Diamond Light Source commented: “The Manchester-led team have used synchrotron light to gain an insight into the chemistry of these ancient plants. The work shows how the secrets of these prehistoric flora can be unravelled by modern technology.”
By combining the unique capabilities of two synchrotron facilities, the team were able to produce detailed images of where the various elements of the periodic table were located within both living and fossil leaves as well as being able to show how these elements were combined with other elements.
The work shows that the distributions of copper, zinc and nickel in the fossil leaves were almost identical to those in modern leaves. Each element was concentrated in distinct biological structures such as the veins and the edges of the leaves. Also, the way these trace elements and sulfur were attached to other elements was very similar to that seen in modern leaves and plant matter in soils. 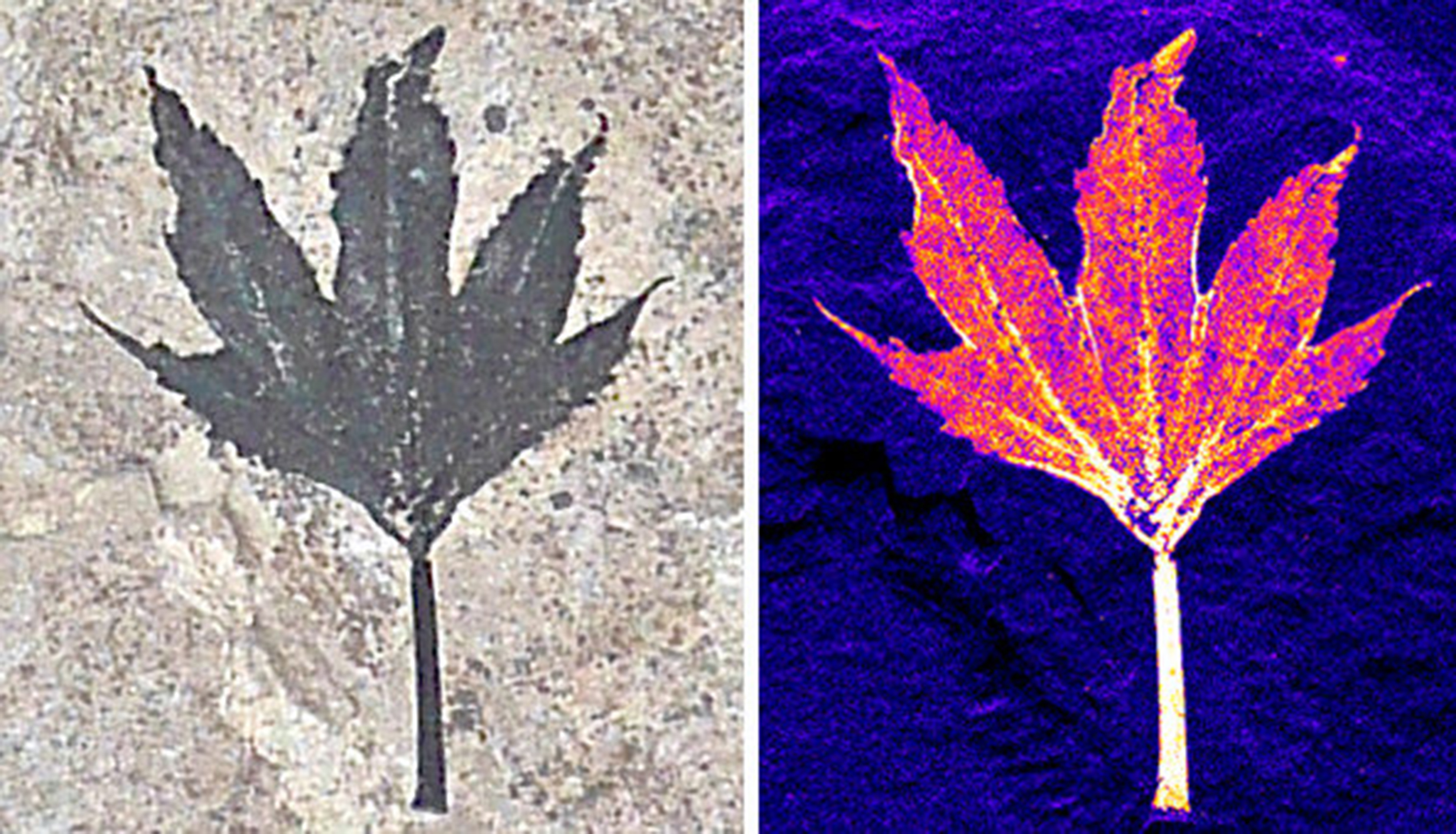