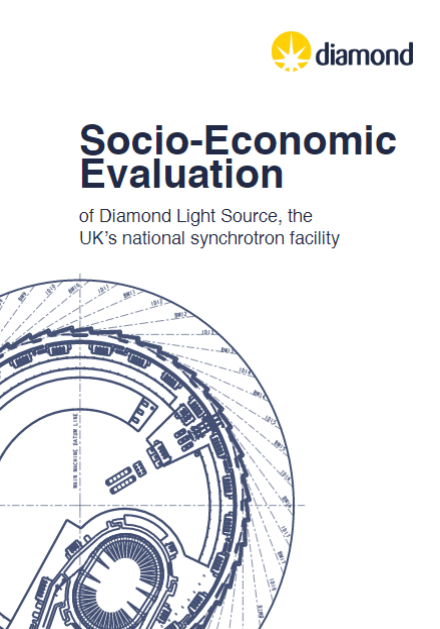 Diamond's socio-economic impact of over £2.6 billion on UK science and economy revealed

The importance of Science to world economies highlighted at ICRI

Presenting at the prestigious International Conference on Research Infrastructures (ICRI) in Brno, Czech Republic on 19th October, Diamond outlined a cumulative monetised impact to date on UK science and economy of £ 2.6 billion rooted in the delivery of almost 12,000 published journal papers on findings from research carried out at the UK’s synchrotron light source. 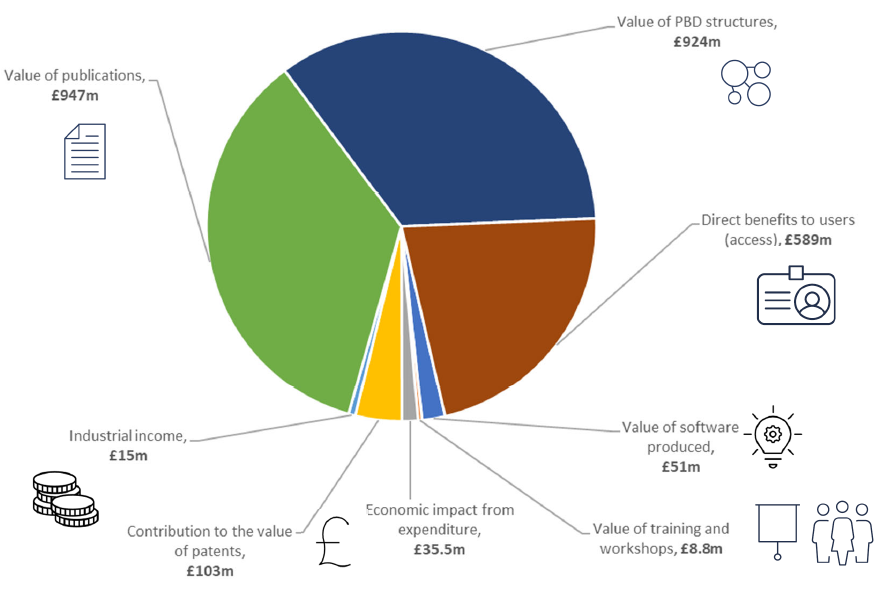 The new figures released today are straightforward updates to the 2021 study by Technopolis using published methodologies where they measured and demonstrated Diamond’s scientific, technological, societal, and economic benefits.  The report summarised the findings and the updated figures - including the £2.6 billion cumulative monetised impact which compares very favourably with the £1.4 billion investment made in the facility to date - and underlines the significant impact Diamond continues to achieve and the fact that the facility still costs less than a cup of coffee per year - as each UK taxpayer contributes only £2.45 a year towards its world-changing science.

It comes as no surprise to see evidence like this of the significant role science and innovation play in our economy – Diamond should be hugely proud of the leading research work they are doing with the scientific community, delivering real-world innovations from plastic degrading enzymes to synthetic vaccines against the Foot-and-Mouth disease virus.

The fact this work is also contributing an economic boost of over two-and-a-half billion pounds to the UK illustrates just how important the science and research sector is to our country’s growth and prosperity, and the benefits we continue to see from persevering with our ambitions to remain a science superpower.

By updating the numbers found in the report, this illustrates how Diamond continues to act as an agent of change, addressing challenges such as disease, clean energy, food security and much more.  Almost 12,000 scientific articles have been published by Diamond’s users and scientists.

Diamond’s mission is to keep the UK at the forefront of scientific research. We do this by providing our users, in academia and industry, access to our state-of-the-art facilities enabling them to fulfil their research goals across a wide variety of scientific disciplines. The figures speak for themselves.  They demonstrate the huge array of benefits the facility has delivered, and the leading science being achieved by our 14,000-strong global user community, who are tackling some of the most challenging scientific questions of the 21st century.

Some of the updates to the updated report include:

Funded by the UK Government through the Science and Technology Facilities Council (STFC), and by Wellcome, Diamond is one of the most advanced scientific facilities in the world, and its pioneering capabilities are helping to keep the UK at the forefront of scientific research.

Diamond delivers world-leading scientific advances through the innovation and excellence of the people who build and operate the synchrotron, in collaboration with the global research community. Diamond’s research has real-world impact that contributes to Wellcome’s mission to solve the most urgent health challenges facing everyone.

Diamond Light Source is yet again proving itself to be a powerful asset in our world-leading science campus at the Rutherford Appleton Laboratory. Its exceptional capabilities allow scientists in the UK to carry out impactful research across a vast range of disciplines for the good of society. This report demonstrates the vitally important role of research infrastructure to the UK economy, as Diamond and our other national facilities continue to provide a catalysis for economic growth.