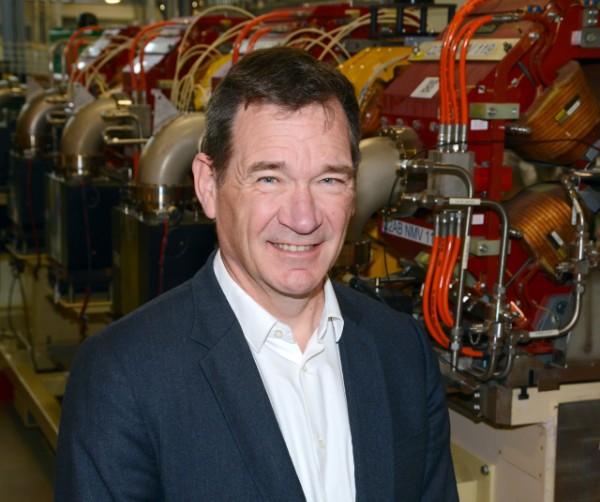 It was announced today that Diamond’s CEO, Prof. Andrew Harrison is one of a select number of researchers who have been elected as Fellows of the prestigious Royal Society.  The Society has played a part in some of the most fundamental, significant, and life-changing discoveries in scientific history and Royal Society scientists continue to make outstanding contributions to science in many research areas.

The Royal Society is a self-governing Fellowship of many of the world’s most distinguished scientists drawn from all areas of science, engineering and medicine.  The Society’s fundamental purpose, reflected in its founding Charters of the 1660’s, is to recognise, promote and support excellence in science and to encourage the development and use of science for the benefit of humanity.

It is an honour to welcome so many outstanding researchers from around the world into the Fellowship of the Royal Society.

Through their careers so far, these researchers have helped further our understanding of human disease, biodiversity loss and the origins of the universe. I am also pleased to see so many new Fellows working in areas likely to have a transformative impact on our society over this century, from new materials and energy technologies to synthetic biology and artificial intelligence. I look forward to seeing what great things they will achieve in the years ahead.

Andrew Harrison has provided outstanding leadership to major scientific facilities both in Europe and the UK, following his earlier career where he made major contributions to the chemistry of materials. As Director General of the Institut Laue Langevin (ILL) in Grenoble, and currently as the CEO of Diamond Light Source, the UK’s national synchrotron and world leading science facility in Oxfordshire, he has shaped their scientific output to embrace the needs of an increasingly multi-disciplinary user community addressing grand challenges of relevance to both academia and industry. Building on this experience, he has played a significant role in the strategic development of future research infrastructures in Europe and beyond.

It is a huge honour to join this select pantheon of scientists and I look forward to playing my part in helping the Society to promote science for the benefit of humanity and helping to increase international and global cooperation through our worldwide Light Sources network.