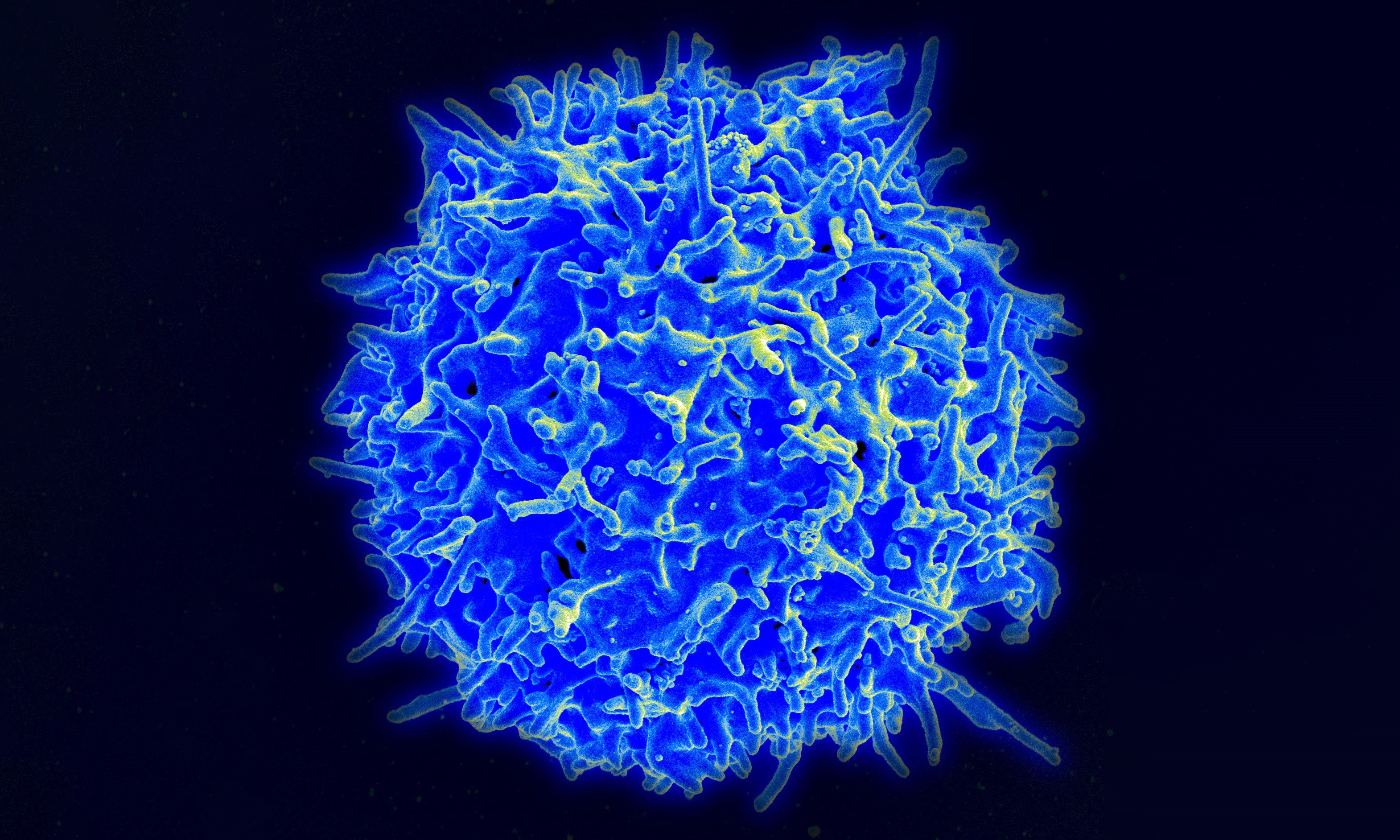 Scanning electron micrograph of a human T lymphocyte (also called a T cell) from the immune system of a healthy donor. Credit: NIAID

HTLV-1 is a virus that affects T cells, a type of white blood cell which plays a crucial role in our immune system. Currently, between five and 20 million people worldwide are infected by HTLV-1 and no cure or treatment is available. While most people infected with the virus do not experience symptoms, around two to five per cent will go on to develop adult T-cell leukaemia (ATL).

New research, led by a team from Imperial College London and the Francis Crick Institute, shows in atomic detail how HTLV-1 infects immune cells. By providing a more nuanced understanding of how the virus establishes infection in the body, the research will help to support the development of new, targeted therapies.

Cryo-EM, a cutting-edge visualisation technique, allowed the team to take thousands of images of a specific molecule within the virus’ structure known as integrase.

Scientists also used the high intensity X-ray beams at Diamond to solve five high-resolution crystallographic structures of different components making up the integration apparatus (the so-called intasome) of the HTLV-1 virus. Along with the data obtained from cryo-EM experiments, scientists used an integrative structural biology approach to “assemble” the structure of the entire intasome complex from these known components.

The researchers discovered that HTLV-1 uses integrase to hijack protein phosphatase 2A (PP2A), an important gatekeeping protein in immune cells. The virus is then able to insert a copy of itself into human DNA, representing an important tipping point in the infection cycle.

This is an incredibly exciting time. 40 years after HTLV was discovered, we have finally laid the foundation for understanding with atomic precision how this virus integrates into human DNA and how it hijacks a key human protein to achieve this.

The new findings will support the design of a new drug which targets the integrase molecule and its interaction with immune cells.

Diamond’s macromolecular crystallography (MX) beamlines I03, I04 and I24 beamlines were used in the study. Find out more about Diamond’s MX beamlines.