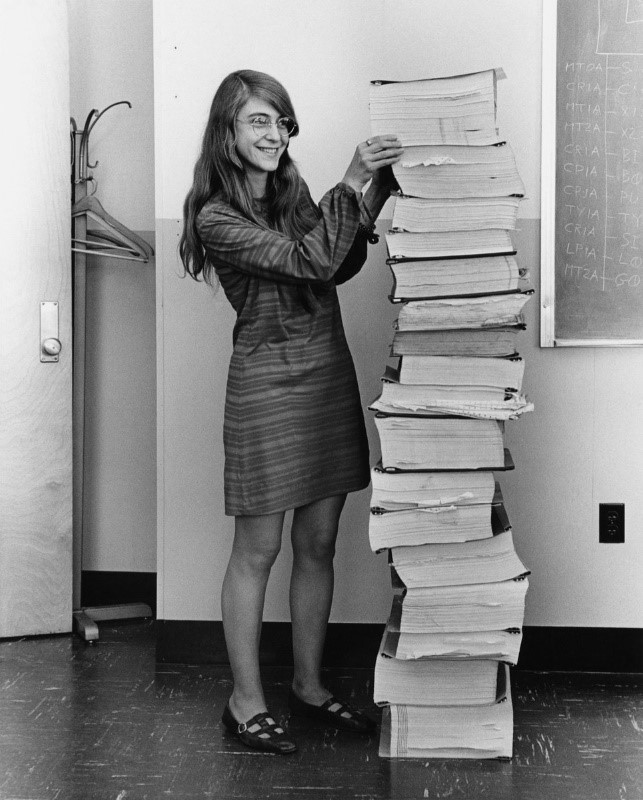 Hamilton in 1969, standing next to listings of the software she and her MIT team produced for the Apollo project.

February 11th marks the UN’s International Day of Women and Girls in Science, a celebration to honour the work of female scientists, engineers, and STEM professionals, and to encourage the next generation of young girls and children to consider careers in these fields.

Diamond is celebrating one such woman, with the naming of their newest scientific computer cluster. The “Hamilton” cluster is named after revolutionary software engineer, Margaret Hamilton, and will serve as the foundation of the next five years’ worth of data collection and processing at Diamond, allowing ever-more advanced research to be done.

Margaret Hamilton is a celebrated computer scientist, revolutionary NASA software developer, and business owner, who is credited with creating the term “software engineering”.

She worked with the MIT Lincoln Lab on the Semi-Automatic Ground Environment (SAGE) project with the US Department of Defence to create maps of airspace to search for unfriendly aircraft, and with the Air Force Cambridge Research Laboratories. Perhaps Hamilton is most notorious for serving as the lead Apollo flight software designer for the missions which transported human beings to the moon. She went on to lead two technology firms as CEO.

Hamilton noted that naming the discipline “software engineering” was a way to give legitimacy to an emerging field, therefore defining an exciting new career path for future engineers. She said:

When I first came up with the term, no one had heard of it before, at least in our world… It was a memorable day when one of the most respected hardware gurus explained to everyone in a meeting that he agreed with me that the process of building software should also be considered an engineering discipline, just like with hardware. Not because of his acceptance of the new 'term' per se, but because we had earned his and the acceptance of the others in the room as being in an engineering field in its own right. 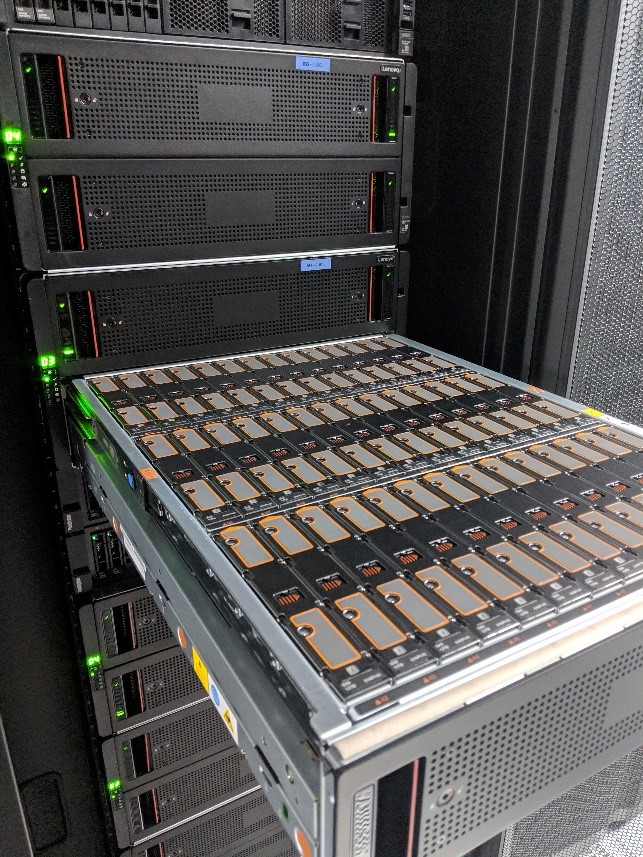 An image of the storage in Diamond's Hamilton Cluster

Diamond’s Hamilton cluster will be one of the largest-scale clusters of its kind here; more than trebling the graphical computing power and doubling the computing power that Diamond uses for its data analysis. It will initially provide the facility eight petabytes of storage – comparable to 80,000 4K films, or 5,000 days of back to back movie watching (assuming a 90 minute run time) – and will grow throughout the next five years.

This is of particular significance to Diamond, as ever-more powerful and larger individual experiments, improved detector technologies, and new techniques mean that our data analysis and storage needs have increased exponentially during our years of operation. Data collection from the end of 2010 to 2014 represented 3TB of data over four years. By 2016 it had doubled (6TB), and by the end of 2018, Diamond now has 17PB of archived data.

Clusters like Hamilton will be fundamental to allowing future research to be stored, analysed, and processed better than ever. The Hamilton cluster will allow Diamond’s Scientific software and computing teams to develop more advanced and intelligent automatic data collection and analysis enabling smarter systems which empower our scientific community. 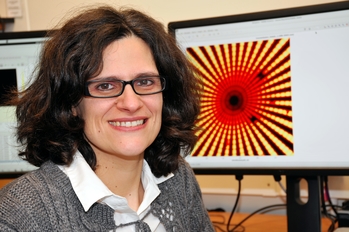 Silvia is a Software Engineer at Diamond

“The Hamilton cluster will allow us to expand our capabilities for the current and future requirements for data analysis and storage at Diamond, which is an exciting prospect to kick off the next five years of software engineering developments. Margaret Hamilton is an inspiring figure for women and girls looking to enter this field. It’s fitting to celebrate her legacy on the International Day of Women and Girls in Science – and beyond!”

We put the naming of the cluster to our Diamond community as a friendly competition – but it was without question that Hamilton was the clear winner. Suggested by Rachael Skyner, post-doctoral research associate in our Life Sciences division, Hamilton is a leader in the field who pushed the boundaries of software engineering, and we hope the new cluster will similarly help to drive our own progress forwards.

The Hamilton cluster is part of an ongoing development programme within Diamond’s Scientific Computing Division.

To learn more about the International Day of Women and Girls in Science, visit the UN website here: http://www.unwomen.org/en/news/in-focus/international-day-of-women-and-girls-in-science