Awesome report by one of our Big Science Event finalists this year. Year 2...amazing https://t.co/jPPJmuFgt3 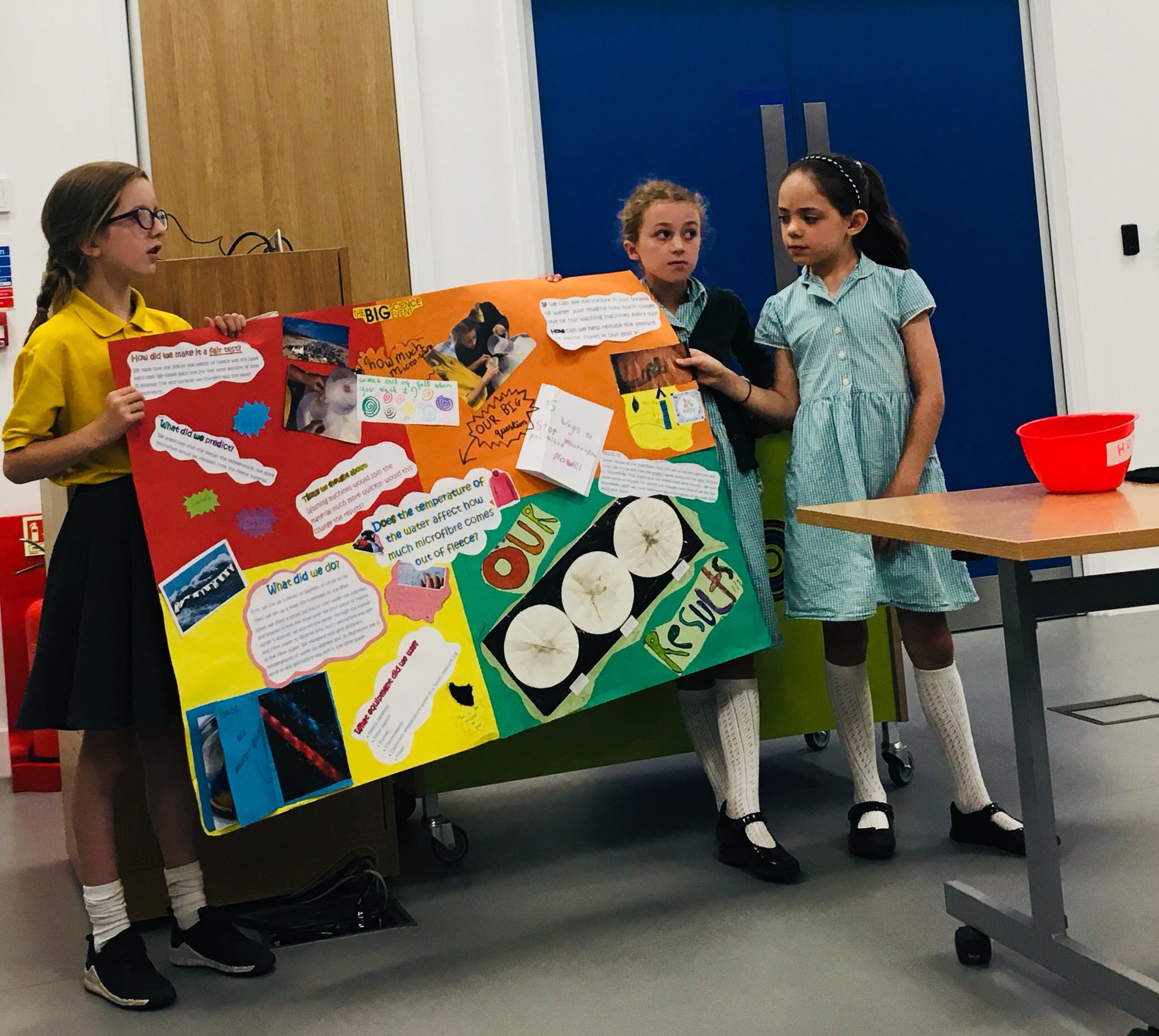 On July 4th and 5th, primary school children from across Oxfordshire and Buckinghamshire competed in the Big Science Event finals - a unique competition to find the county's most engaging young scientific minds. Dr David Price of Diamond Light Source served as a judge for this exciting event. 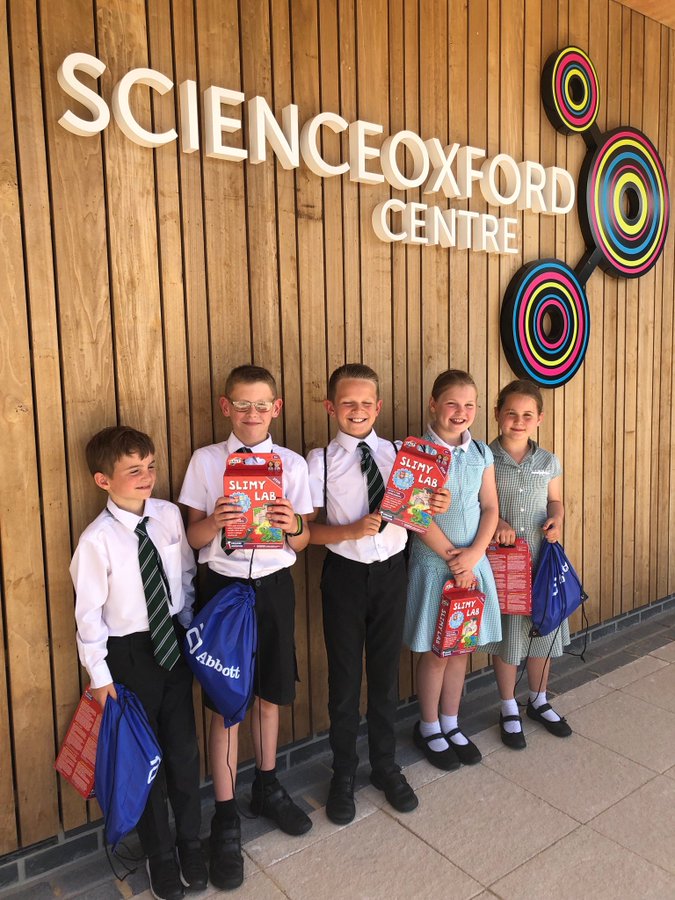 The Buckinghamshire winners of the Big Science Event final

Primary school children from schools across Oxfordshire and in Buckinghamshire competed in the grand final of the 2019 Big Science Event last week – a competition to find the county’s most engaging and experimental young scientists.

The Big Science Event, which is run by Science Oxford, challenges teams of children aged 5-11 to create their own science experiment or investigation, and present their findings to a panel of (friendly) judges - including Diamond's own Dr David Price, public engagement officer. The aim of the Big Science Event is to give children more ownership of their science investigations, which increases their motivation and engagement while also allowing them to learn about the research process. During this year’s events, young scientists presented topics as varied as "what sweet colours water quickest", "do different types of milk affect how quickly cereal gets soggy", and "what sauce slows down a ping pong ball the most".
The final events took place on the 4th and 5th of July, and were run by Science Oxford in association with Diamond. They were supported by Abbott Diabetes Care and Playforce.
After several months of in-school judging, over forty children from schools as far afield as Chesterton, Wantage and Chipping Norton were shortlisted to take part in the Grand Final and prize-giving day.  The teams gave presentations about the experiments they’ve been doing, answered questions from a panel of judges and displayed hand-made posters illustrating their findings. The initiative has grown from 17 schools and 2000 children participating in 2010 to 80+ schools in 2019.

The winning schools and experiements as selected by our judges were: 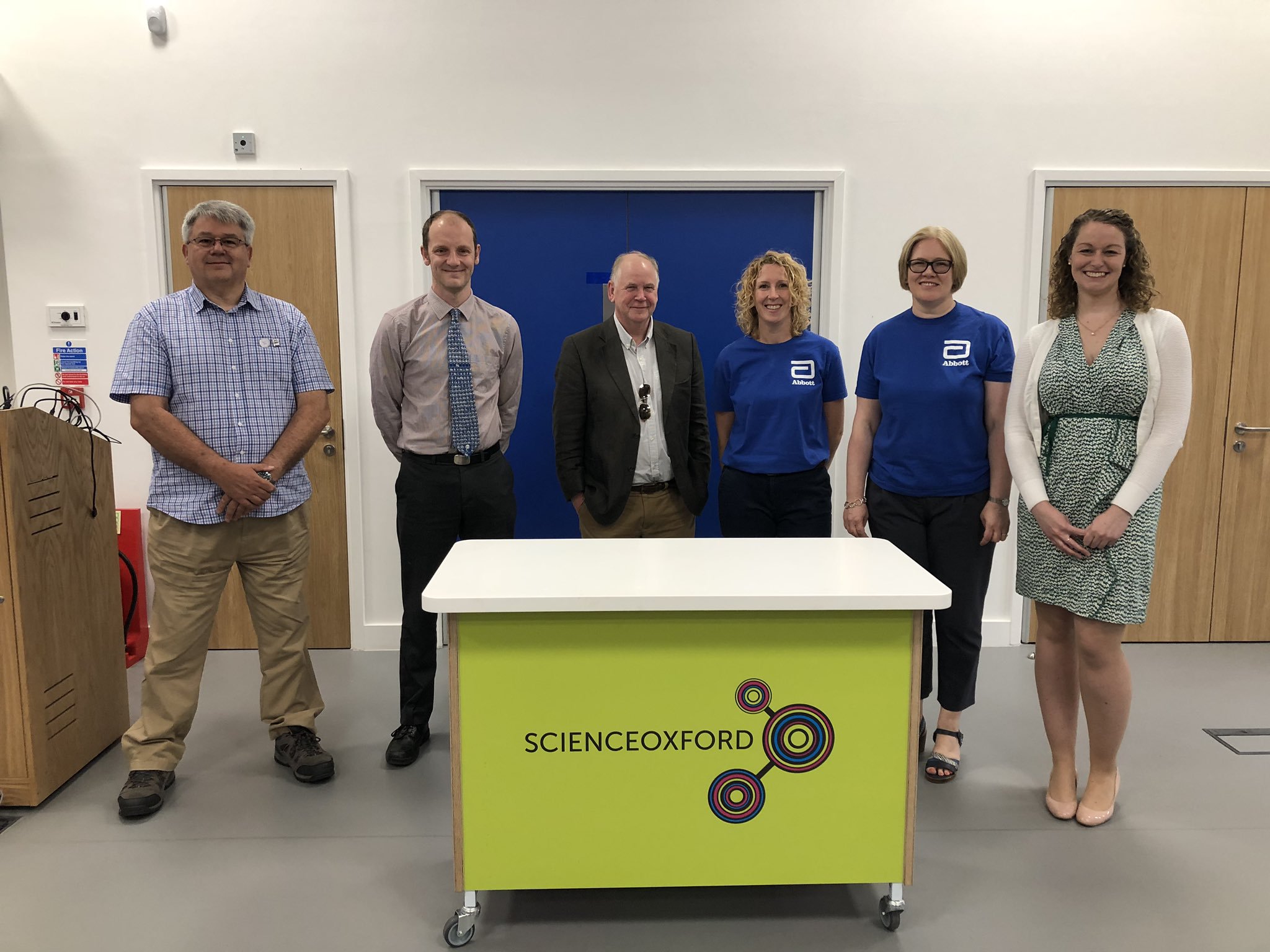 The judges for the Buckinghamshire Big Science Event, including Dr David Price of Diamond Light Source

The competition generates lots of excitment within the community, and Andy Kensley, Head of Education at Science Oxford, says: “As always. we’ve been extremely impressed by the talented young school scientists taking part in the Big Science Event. The children have so much fun creating their experiments and we love to listen to their presentations. The standard this year has been better than ever and it will be difficult to choose a winner. Watching the children getting excited about science is wonderful and so rewarding and we look forward to supporting this initiative for many more years to come.”

We are really pleased to be involved in the Big Science Event as it is clearly helping to inspire our next generation of scientists. The range and ingenuity of the young students in this competition is staggering and the fact that they are all clearly fascinated by science is wonderful. We think it is of vital importance to encourage young students and not just the older ones and to help them discover the huge range of possibilities that are open to them with a STEM career.

Keeping the public excited about the many ways science influences our lives - and inspiring the next generation of scientists, engineers, and STEM professionals - is something that's very important to us here at Diamond. Learn more about the work we do for public engagement here, or visit the facility during one of our popular Open Days. Our next Public Open Day will take place on Wednesday 21st August 2019. We operate a ballot system for tickets to these popular events to provide a fair allocation of spaces. Be sure to fill in the ballot at this link to be in with your chance to visit, or sign up for our newsletter to stay up to date with the latest Diamond events.