Unique synchrotron visualisation techniques offer new forensic insights into the provenance of radioactive material from the Fukushima nuclear accident to understand the sequence of events related to the accident.


3D image of the particle taken at Diamond Light Source

In April 2017, a joint team comprising the University of Bristol, the Japan Atomic Energy Agency (JAEA) and Diamond, the UK’s national synchrotron light source, undertook the first experiment of its kind to be performed at Diamond.  A small radioactive particle (450 μm x 280 μm x 250 μm) from the Fukushima Daiichi nuclear accident in 2011 underwent a comprehensive and independent analysis of its internal structure and 3D elemental distribution, to establish the source of the material and the potential environmental risks associated with it.
Tweet

The research, using Diamond’s unique combined capabilities of the I13 and I18 beamlines, sheds light on a unique combination of imaging and fluorescence measurements developed at Diamond.  This enables the examination of individual particles to reveal details about the accident and looks at the material from an environmental stability point of view alongside the associated risks.

Dr Yukihiko Satou, from the Japan Atomic Energy Agency (JAEA) explains that the JAEA is working with the team from the University of Bristol and Diamond to gain detailed information from the particles, and in turn, to learn as much as possible about the accident.  As part of this he says;

We decided to bring a radioactive particle from the Fukushima fallout to Diamond to undergo a comprehensive and independent analysis of its internal structure and 3D elemental distribution because relatively little is known about the physical and chemical nature of the radioactive particles and their long-term environmental effects.

He notes that the radioactive particle brought to Diamond was collected from within the restricted zone, in an area to the north of the nuclear plant. It was encased with protective Kapton tape and brought to the I13 beamline, which offers a unique combination of X-ray imaging and fluorescence capabilities.

Prof Tom Scott from University of Bristol commented; “We wanted to perform multiscale and multimodal measurements – by this I mean from micron to nanometre scale whilst looking at the chemistry, structure and functionality of the sample all in parallel. Diamond offers to the best of our knowledge the only beamline in the world where it is possible to perform such an analysis within a single experiment. The resulting visualisation has allowed for a comprehensive analysis of the particle.” 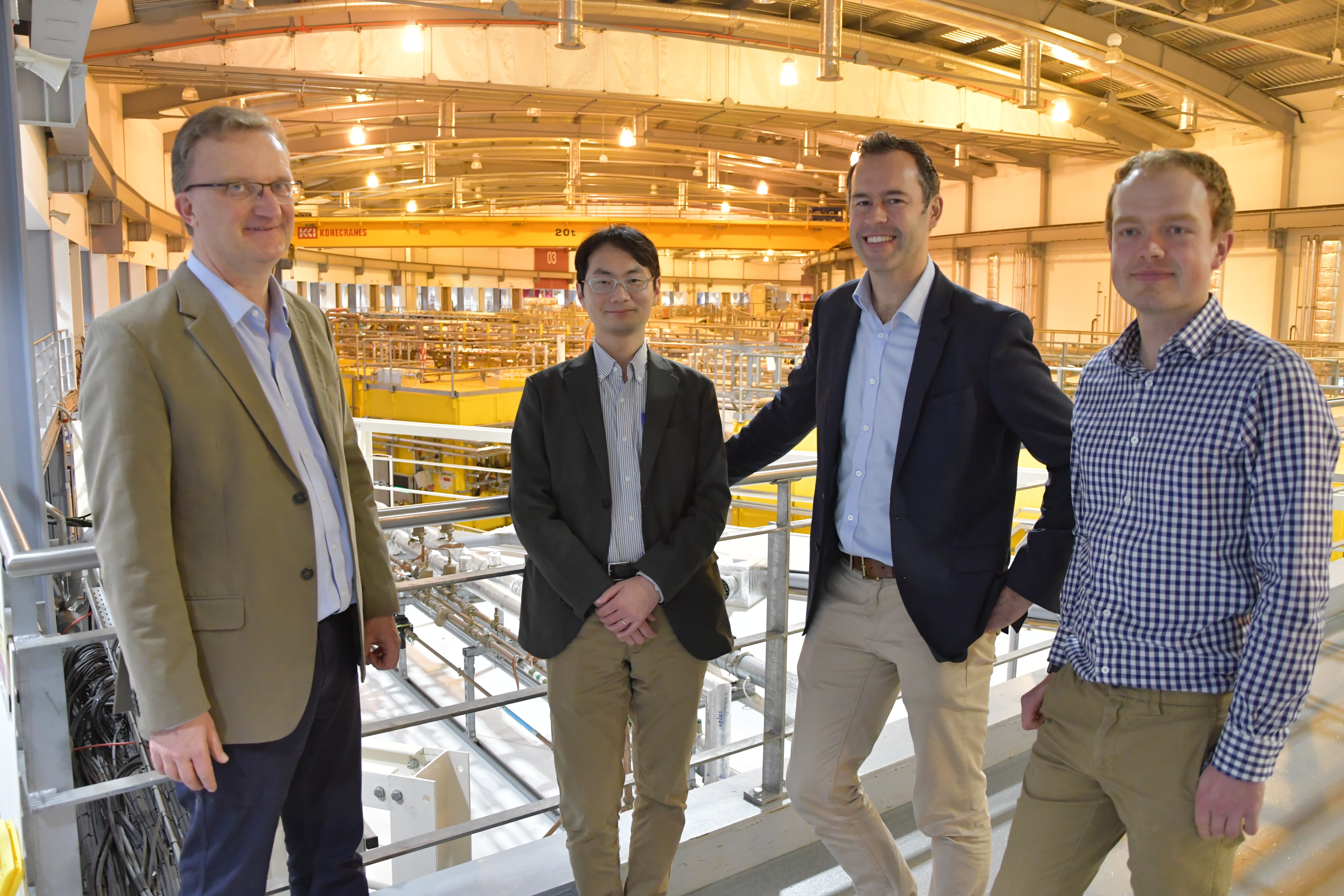 “In close collaboration with experts from Bristol University, we worked very hard to bring this experiment together. We managed to harness these imaging techniques into one single analysis to learn more about the details of the particles brought to Diamond.”
Dr Peter Martin from the Bristol team explains: “We were able to see that the structure and composition of the particle suggest that it was formed predominantly from materials from the reactor building, mainly silicon-based fibrous insulation. The likely scenario is that it was formed when the thermal insulation material in Reactor Unit 1 melted during the loss of cooling. Radiocaesium and other fission products were incorporated into the molten material, and fragments of the structural steel and concrete stuck to the surface after the hydrogen explosion.”
The structures observed in the particle had a remarkable resemblance to a volcanic pumice, comprising a considerable internal void volume. The pumice-like internal structure means that the particle is susceptible to weathering and fragmentation, which would increase the effective surface area and subsequent dispersal of iron-associated radiocaesium into the environment. Peter Martin further adds:

It is worth noting that the particle seems to have been stable for nearly 4 years – the time between being ejected from the plant and being collected for analysis. In addition, in the studied particle, the radioactive material is also encased within a glasslike silicon, analogous to the vitrification process used for the disposal of nuclear waste, which will further reduce the potential for radionuclides to leach out.

Previous investigations of material from Chernobyl found a similar affinity between iron and caesium, causing the formation of ferrites that greatly reduce the solubility of caesium within the environment. Similarly, the uranium in the sample was observed to exist in an insoluble form, and encased within the glassy material. Building on the success of these experiments and the unique capability offered by Diamond, a consortium of UK and Japanese Universities have been awarded a joint grant by UK Research and Innovation’s Engineering Physical Sciences Research Council and Japan’s Ministry of Education, Culture, Sports, Science and Technology (MEXT) to carry on the research to examine larger particles closer to the site. This will underpin the distribution of material which contains fuel debris to better define the risk map.

Tom Scott concludes: “The work has significant relevance beyond nuclear accidents, and this approach and the techniques developed could in the future be used to image particles in air pollution in the UK and all over the world. For example, the ‘Asian Brown Cloud’, a layer of air pollution that covers parts of South Asia for several months each year, would be of great interest as it is found to be linked to health conditions killing two million people in Asia every year 2 .”

The research has been supported by the Japanese Society for the Promotion of Science (JSPS), Daiwa Foundation and Saskawa Foundation, showing significant Japanese support and interest in the project.