The DRI is the research program of Professor W. Brent Seales (Computer Science, University of Kentucky). The DRI works to develop software solutions that enable the non-invasive revelation of text hidden by damage. Seales and his team invented "Virtual Unwrapping," the breakthrough technology that takes a digital image of an unreadable, unopenable manuscript and pushes it through a step-by-step computerized process that traces out the shape of the document, detects the writing within its folds or pages, overlays that writing onto the digitally recreated surface, and finally flattens the virtual document so it can be read. This tool is enabling the vast "invisible library" of damaged manuscripts to be made visible in a completely non-invasive, damage-free way. 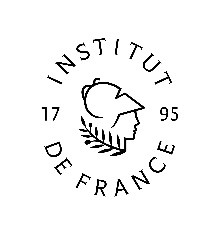 The library of the Institut de France, created in 1796, has a double vocation of heritage library and research, intended for the members of the five academies constituting the Institute, as well as the research community. It keeps very rich and varied collections, ranging from antiquity to the present day, estimated at 1,500,000 printed and nearly 10,000 manuscripts, plus thousands of prints, maps and plans, drawings, photographs, as well as medals and various objects.

The six scrolls of papyrus offered by the King of Naples to Napoleon Bonaparte, then First Consul, and deposited at the Institute, constitute one of the treasures of the library. They come from the villa called "Papyrus" which contained a large number of philosophical manuscripts including those - otherwise unknown - of the epicurean philosopher Philodemus of Gadara.
Reading tests were conducted in the nineteenth century by unfolding papyrus, resulting in the irremediable fragmentation of two of them. Over the past fifteen years, new non-invasive , respecting the integrity of intact volumina as best as possible, have been conducted by Professor Seales' team, as well as a separate study using different techniques by the Franco-Italian team of Mr. Daniel Delattre, emeritus research director at the CNRS, and Mr. Vito Mocella, from the Consiglio Nazionale delle Ricerche.

Created in 1795, the Institut de France provides its five Academies (French, humanities, sciences, fine arts, moral and political sciences) with a harmonious environment in which to perfect the humanities, sciences and arts, on a non-profit basis. As a leading patron, it supports research and creation by providing awards, grants and subsidies (every year, the foundations it hosts donate over 23 million euros). Placed under the protection of the President of the French Republic, it is also in charge of a considerable artistic heritage including the Palais du Quai de Conti, the Mazarine Library and three other important libraries, and many houses and collections bequeathed to it since the end of the 19th century. These include the Château de Chantilly, Chaalis Abbey, the Jacquemart-André museum, the Château de Langeais, Kerazan Manor and the Greek Villa Kérylos. 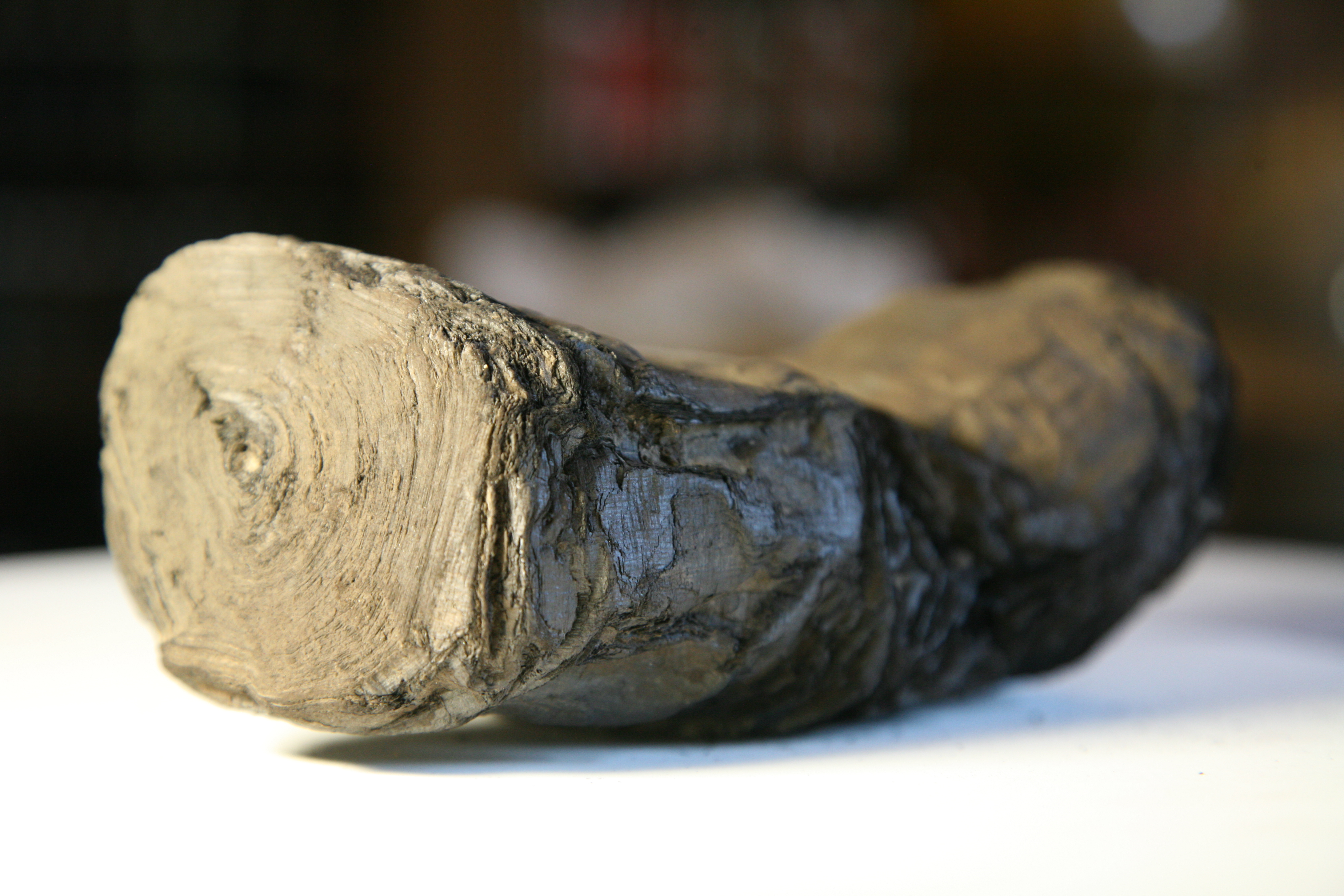 Researchers led by the renowned ancient artefacts decoder, Professor Brent Seales, will be using Diamond, the UK’s national synchrotron science facility in the heart of Oxfordshire, to examine a collection of world-famous ancient artefacts owned by the Institut de France. Using this powerful light source and special techniques the team has developed, the researchers are working to virtually unwrap two complete scrolls and four fragments from the damaged Herculaneum scrolls. After decades of effort, Seales thinks the scans from Diamond represent his team’s best chance yet to reveal the elusive contents of these 2,000-year-old papyri.

Prof Seales is director of the Digital Restoration Initiative at the University of Kentucky (US), a research program dedicated to the development of software tools that enable the recovery of fragile, unreadable texts. According to Seales,

Diamond Light Source is an absolutely crucial element in our long-term plan to reveal the writing from damaged materials, as it offers unparalleled brightness and control for the images we can create, plus access to a brain trust of scientists who understand our challenges and are eager to help us succeed. Texts from the ancient world are rare and precious, and they simply cannot be revealed through any other known process. Thanks to the opportunity to study the scrolls at Diamond Light Source, which has been made possible by the National Endowment for the Humanities and the Andrew Mellon Foundation, we are poised to take a tremendous step forward in our ability to read and visualize this material. The scan session promises to be a key moment in our quest for a reliable pathway to reading the invisible library. 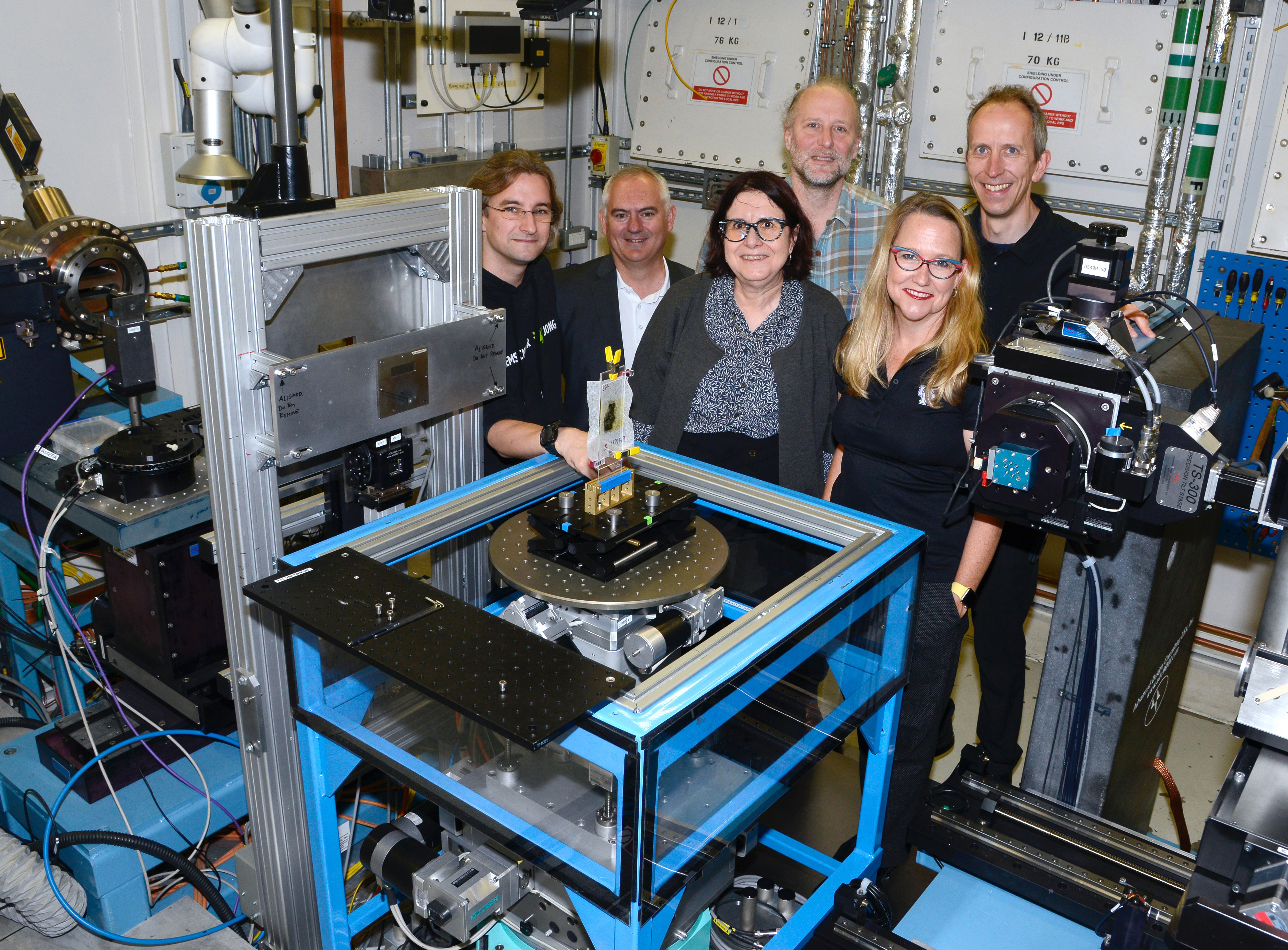 Over the past two decades, Prof Seales and his team have worked to digitally restore and read the vast amount of material in the “invisible library” of irreparably damaged manuscripts. In 2015 they achieved singular success when they visualized the never-before and never-to-be-seen writing trapped inside five complete wraps of the ancient Hebrew scroll from En Gedi (see Science Advances). For the first time ever, a complete text from an object so severely damaged that it could never be opened physically was digitally retrieved and recreated, representing a true technical breakthrough (see Virtually Unwrapping the En Gedi Scroll). It is this technology that Seales’ team plans to deploy on the data collected at Diamond.
A long-term goal of Prof Seales has been to reveal the contents of the most iconic items in the invisible library, the Herculaneum scrolls. Buried and carbonized by the deadly eruption of Mount Vesuvius in 79 AD, the scrolls are too fragile to be opened and represent the perfect storm of important content, massive damage, extreme fragility, and difficult-to-detect ink.

These famous papyri were discovered in 1752 in an ancient Roman villa near the Bay of Naples believed to belong to the family of Julius Caesar. As such, they represent the only surviving library from antiquity. The majority of the 1,800 scrolls reside at the Biblioteca Nazionale di Napoli, although a few were offered as gifts to dignitaries by the King of Naples and wound up at the Bodleian Library at Oxford University, the British Library, and the Institut de France.

Last May, Prof Seales headed a small team of undergraduate students in Paris to survey the Institut de France’s Herculaneum collection. They examined two completely intact scrolls, along with four small fragments from scrolls unrolled in the late 1800s. All six items will be scanned at Diamond. Because the four fragments contain many layers and feature visible, exposed writing on the top, they will provide the key data needed to develop the next iteration of the team’s “virtual unwrapping” software pipeline, a machine learning algorithm that will enable the visualization of carbon ink.

The use of carbon ink is one of the main reasons these scrolls have evaded deciphering, according to Prof Seales. Unlike metal-based inks, such as the iron gall used to write medieval documents, carbon ink has a density similar to that of the carbonized papyrus on which it sits. Therefore, it appears invisible in X-ray scans.

We do not expect to immediately see the text from the upcoming scans, but they will provide the crucial building blocks for enabling that visualization. First, we will immediately see the internal structure of the scrolls in more definition than has ever been possible, and we need that level of detail to ferret out the highly compressed layers on which the text sits. In addition, we believe strongly—and contrary to conventional wisdom--that tomography does indeed capture subtle, non-density-based evidence of ink, even when it is invisible to the naked eye in the scan data. The machine learning tool we are developing will amplify that ink signal by training a computer algorithm to recognize it–pixel by pixel–from photographs of opened fragments that show exactly where the ink is—voxel by voxel—in the corresponding tomographic data of the fragments. The tool can then be deployed on data from the still-rolled scrolls, identify the hidden ink, and make it more prominently visible to any reader. 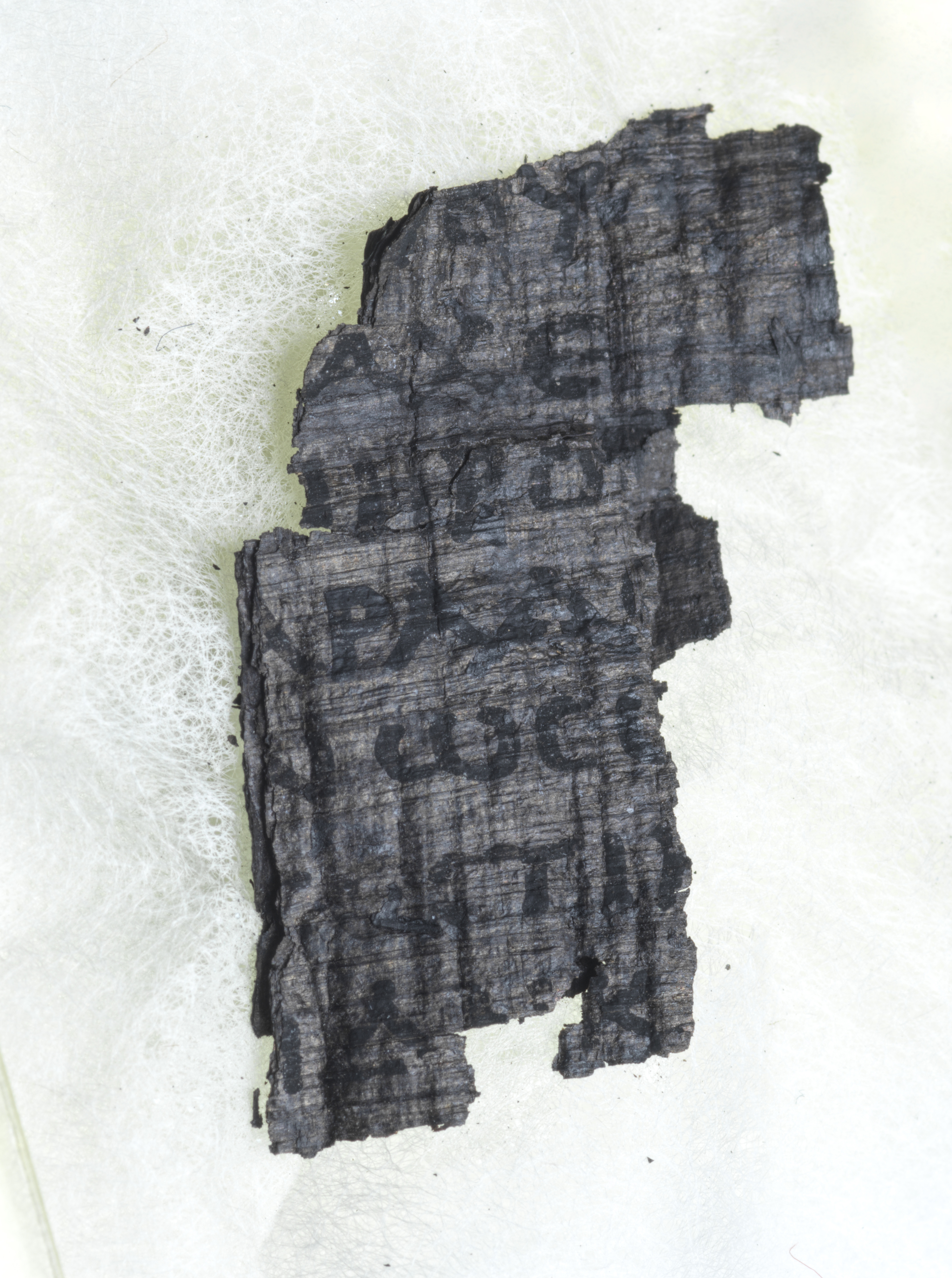 The scanning of these delicate items at the leading science facility, Diamond, will be a mammoth undertaking, for all involved. Because of their extreme fragility, the Seales team fabricated custom-fit cases for the scrolls that enable as little handling as possible. Only highly trained conservators are allowed to handle the samples. The Director of the Bibliothèque at the Institut de France, Mme Françoise Bérard will personally pack the scrolls into their special cases for travel to the UK, and after arrival they will be inserted into the I12 beamline at Diamond. The I12 beamline or JEEP (Joint Engineering, Environmental, and Processing) beamline is a high energy X-ray beamline for imaging, diffraction and scattering, which operates at photon energies of 53-150 keV.

While a handful of the scrolls from Herculaneum have been subjected to physical (and largely disastrous) efforts to open them, no one as yet has managed to reveal complete texts from the hundreds that remain tightly closed. Principal Beamline Scientist on the Diamond I12 Beamline where the experiment will take place, Dr. Thomas Connolley, adds;

This is the first time an intact scroll has been scanned in such detail at Diamond Light Source. We are very excited to work with the research team, playing our part in what we hope will be a major step forward in unlocking the secrets that the scrolls contain.

“It’s ironic, and somewhat poetic,” concludes Seales, “that the scrolls sacrificed during the past era of disastrous physical methods will serve as the key to retrieving the text from those survive but are unreadable. And by digitally restoring and reading these texts, which are arguably the most challenging and prestigious to decipher, we will forge a pathway for revealing any type of ink on any type of substrate in any type of damaged cultural artefact.”

The research team were at Diamond to scan the scrolls for several days at the end of September.