Determining the impact of post-conservation corrosion

When King Henry VIII’s flagship, the Mary Rose, sank off Portsmouth in 1545, it took with it 1248 iron cannonballs. Since the excavation of the shipwreck (from 1979-1983), the cannonballs have been conserved in different ways, offering a unique opportunity to study different conservation methods. 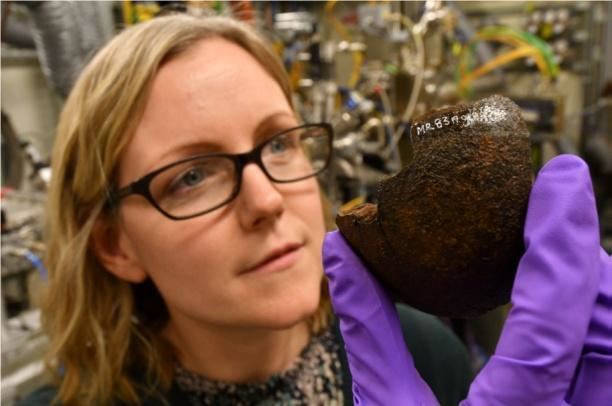 Humans have been using iron to make weapons, tools and ceremonial items for more than 20,000 years, but once these objects have been excavated they are at risk from corrosion, which can be accelerated in the presence of chlorine. Each recovered artefact has to be conserved to prevent it from deteriorating in the presence of air and water. Until now, a comparison of the effectiveness of different conservation methods has been hampered by the variable nature of both the artefacts found, and the environment in which they were buried.

“The breadth of science that takes place at Diamond is vast from developing vaccines to investigating new ways to store energy, and this study is a wonderful example of the kind of ground-breaking research that happens when unique institutions collaborate. Though only a small section of Diamond time is spent on cultural heritage, it is an important sector for the UK economy resulting in some £20 billion to the GDP. We are always delighted when Diamond’s brilliant light can offer insights into remarkable artefacts, and assist the Mary Rose Trust in the valuable work they are doing to preserve our cultural heritage, allowing generations to enjoy for decades to come.”
- Andrew Harrison, CEO of Diamond Light Source

Figure: Sample of iron shot, getting ready for examination at Diamond.

When the Mary Rose was discovered it was buried in sediment 14 metres below the surface of the sea, in conditions which had allowed the ship and the artefacts on board to survive in good condition for over 400 years. The cannonballs loaded onto the ship had been produced in bulk and, as such, were relatively uniform in nature when they were buried beneath the sea. Since their excavation the cannonballs have been subject to different conservation methods and environmental conditions. They were all immersed in a high pH solution immediately after their removal from the sea bed, and left there until active conservation efforts began. Some have remained in this passive storage until now, offering researchers a unique opportunity to investigate cannonballs that have been treated in three different ways.

At Diamond the researchers used a combination of X-ray powder diffraction, absorption spectroscopy and fluorescence to characterise the effect of the different conservation techniques on the crystalline corrosion products, chlorine distribution and speciation. Synchrotron X-ray techniques can differentiate iron corrosion products formed during treatments, even years later, giving us an unprecedented insight into the effects of conversation techniques on iron corrosion. This new information will play an important role in future conservation developments. 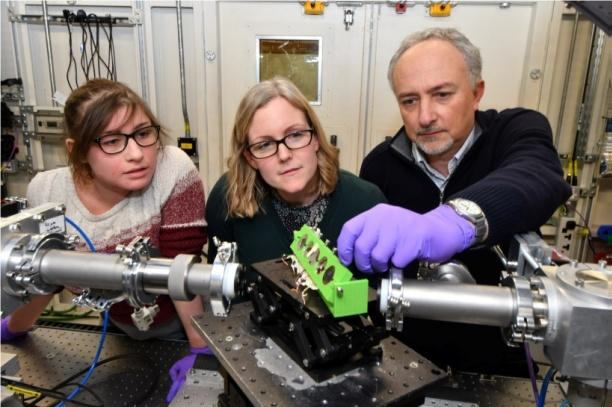 “Learning about the effect of different conservation techniques on a sample allows conservationists to determine the best treatment to preserve an artefact for generations. At Diamond, we have a suite of techniques that can chemically determine the effectiveness of different treatments helping to elucidate new conservation methodologies. These techniques are not well known in the cultural heritage sector, nevertheless we have been in collaboration with the Mary Rose Trust for many years, first working on the preservation of the ship’s wood and now investigating the optimum conservation treatments for the 1248 iron cannonballs.”
- Dr Sofia Diaz-Moreno, Science Group Leader of Spectroscopy, Diamond Light Source