The XFEL Hub at Diamond is funded by the Wellcome Trust and the Biotechnology and Biological Research council (BBSRC) to provide expertise and support to the UK community engaged in XFEL-related research in the life sciences. This includes all aspects of various XFEL experiments from conception to beamtime proposals through sample preparations and testing, to XFEL data collection, analysis and publication.

Over the past year, members of the XFEL Hub have visited and/or conducted serial femtosecond crystallographic (SFX) and time-resolved SFX (tr-SFX) experiments at all five XFEL facilities: i) the Linac Coherent Light Source (LCLS) at SLAC National Accelerator Laboratory in Menlo Park, California, USA; ii) SPring-8 Angstrom Compact free electron LAser, (SACLA) in Hyogo, Japan; iii) the European XFEL in Schenefeld Germany; iv) The Pohang Accelerator Laboratory XFEL (PAL-XFEL) in Pohang Korea; and v) The Swiss FEL at the Paul Scherrer Institute in Villigen PSI Switzerland. Six out of eight, and eight out of 11 experiments conducted at either LCLS, SACLA or the European XFEL included UK research groups in 2017 and the first half of 2018, respectively. The XFEL Hub also provided travel awards to several UK research groups that were granted XFEL beamtime at these three facilities. 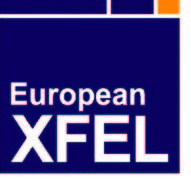 The XFEL Hub continues methods R&D to support on-demand acoustic sample delivery methods for SFX and tr-SFX. These complement fixed target strategies developed by the I24 and I23 teams at Diamond. We have also formed a new Beamtime Access Group (BAG) at Diamond titled, 'Dynamic Structural Biology at Diamond & XFELs', which emphasises serial data collection strategies at ambient temperature and pressure using slurries of microcrystals. The new BAG uses some of Diamond’s MX beamlines I24, I04, and VMXi.

In autumn 2017, Dr Allen M. Orville, group leader of the XFEL Hub, participated in the first, and directed the third, set of user-assisted SFX commissioning experiments at the SPB/SFX instrument at the European XFEL. Following the wishes of the facility, both peer-reviewed proposals were open to the whole community, highly collaborative, and attracted more than one hundred interested scientists from around the world. The distribution lists for these early experiments span 18 time zones. 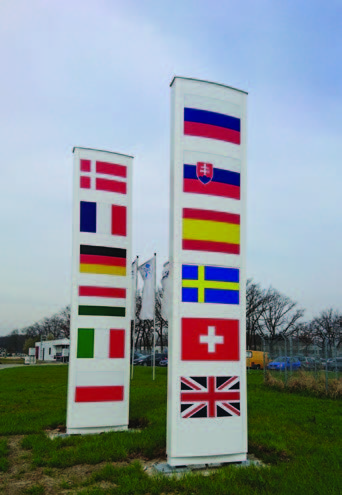 The European XFEL delivers X-ray pulses in a discontinuous train structure that repeats at 10 Hz and with a 'dark period' or 'idle time' between each train. For example, a 600 ms pulse train is followed by a 99.4 ms gap. The maximum intra-train repetition rate is 4.5 MHz with 2700 X-ray pulses per train, but it can also operate slower by integer divisions. During the user-assisted commissioning studies, the facility delivered 60 ms pulse trains at 10 Hz with an intra-train frequency of 1.1 MHz.

These characteristics require sample delivery methods that replenish samples very quickly and clear the debris from the interaction region. To this end, the teams used flow-focusing gas dynamic virtual nozzles operating at approximately 30 – 100 ms. These first results demonstrated that ground-state SFX structures collected in the MHz regime can produce high quality atomic structures of macromolecules. This suggests that when the European XFEL, detector speed, sample delivery, and data analysis is fully optimised for maximum rates, then one might expect complete SFX data sets to high resolution in approximately one minute.
During the 19 March 2018 ceremony at the UK embassy in Berlin, representatives for the UK government, the German federal government, and the European XFEL signed documents to bring the UK into the European XFEL Convention. The agreement stipulates that the UK will contribute about 2% annually to the operations budget as well as €26M to the construction costs of the facility. The Science and Technology Facilities Council (STFC) is a shareholder and will represent the interests of UK scientists and citizens in the European XFEL.

The XFEL Hub, through its membership in the SFX Consortium, is working to supply an on-demand droplet sample injector for the downstream interaction region of the SPB/SFX instrument. One of our goals is to support SFX and tr-SFX by delivering ~30 picolitre droplets of microcrystal slurries directly into and synchronized with the XFEL beam pulses. At the end of this year or early next year, we anticipate testing sample delivery at 10 kHz within each pulse train to yield a 60 Hz overall data collection rate. Longer-term goals include 100 kHz sample delivery within a pulse train, which will produce SFX data at 600 Hz overall. Although MHz sample delivery rates are likely to require fast jets, an advantage of on-demand acoustic methods is that they are more efficient with samples since none is wasted in the gap between the X-ray trains.