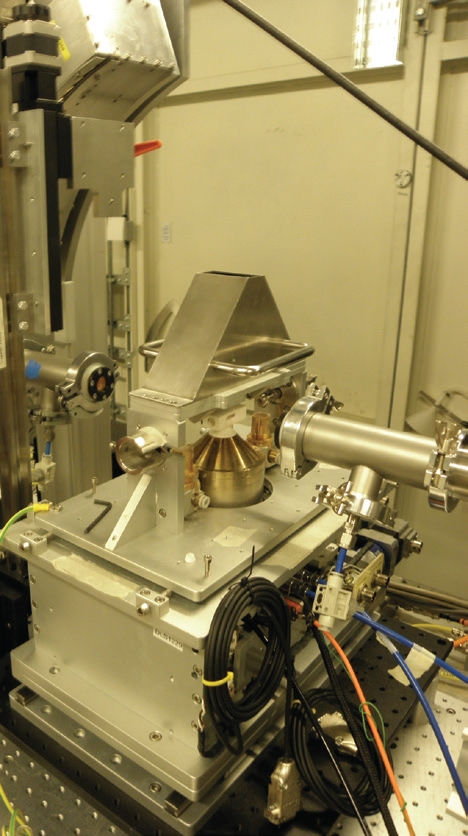 Figure 1: The capillary reactor at the sample position on Diamond’s B18 for in situ and operando experiments. This setup is used for experiments in conjunction with The UK Catalysis Hub.

Catalysis is a core area of contemporary science, engineering and technology that has substantial economic and societal impact. Although rooted in chemistry and chemical engineering, catalytic science is now largely multidisciplinary, drawing strongly from materials and bio-sciences.

The Hub is a national network with over 35 collaborating universities. It was established in 2013 with funding from EPSRC to coordinate, promote and advance the UK catalysis research portfolio. Its physical centre is located next door to Diamond at the Research Complex at Harwell (RCaH). The project has five themes each directed by a lead investigator from five partner universities:

The Hub provides a platform for researchers to work collectively and gain frequent access to the Diamond synchrotron, as well as other facilities at Harwell. A whole system approach to the study of catalysis combined with high throughput allows optimal experiments to be carried out which shorten the path to development of commercially useful products, and promote the UK catalysis effort and expertise on a global stage. The Hub has strong links with industry which are coordinated by an Industrial Advisory Panel comprising of several UK and international industrial members.

One of the main benefits of the Catalysis Hub is sustained access to a synchrotron radiation source. Members of the Hub may apply for access to Diamond through a programme access mode which provides the team with 18 experimental shifts (6 days) to the Core EXAFS beamline (B18) per allocation period. This access route increases the efficiency of data acquisition by coordinating projects to reduce the dead time of experimental setup, and by allocating small amounts of time for proof of concept investigations before a full study starts. Applications are judged by a panel of expert academics and beamline scientists, who consider (i) the quality of the underpinning science, (ii) the likely success of the experiments, (iii) bringing in new users of synchrotron radiation, and (iv) coordinating time effectively to maximise efficiency.

This opportunity is open to every academic working in catalysis in the UK. The model of access brings together complementary expertise to ensure that experimental time is maximised, and presents opportunities for researchers that have not used a synchrotron before. The Catalysis Hub team have worked with a variety of catalysis samples, and the B18 beamline team know exactly how to get the best out of the samples they are working on.

The UK catalysis Hub also presents a training experience; a number of PhD students have been placed at the RCaH working on catalysis projects with the Hub. This initiative forms part of the Hub’s aim to develop the next generation of catalytic scientists, through courses, conferences, PhD programmes, summer schools and outreach activities.

A recent highlight from the collaboration is detailed below, with current PDRA at The UK Catalysis Hub as the lead author Dr Scott Rogers, who also recently completed his PhD with the Hub.

Moving towards more sustainable technologies necessitates the need ‘to do more with less’; catalysts need to be more active in promoting chemical transformations, more selective in the products they form, and be more resistant to deactivation. Researchers from The UK Catalysis Hub network have developed a method for preparing supported palladium metal nanoparticles, a major catalyst of interest, which provides tandem control to direct both the catalyst activity and selectivity. The work demonstrated how these highly tailored materials could be used to convert a readily available bio-derived feedstock, furfural, into useful platform chemicals; the preparation method allowed the team to direct the selectivity towards different products whilst enhancing the catalyst activity. To understand the structures of these precious metal nanoparticles the research team made use of The UK Catalysis Hub, Block Allocation Group award to the Core X-ray Absorption Spectroscopy (XAS) beamline (B18) at Diamond. X-ray absorption spectroscopy is one of the few techniques able to provide structural information on nanosized materials. The use of B18 was crucial in understanding the size domains of the nanoparticles produced and, in conjunction with computational modelling, understanding the mechanism for deactivation. The optimisation of these systems was further accelerated by the flexible and frequent access route.

This approach to nanoparticle optimization is an important strategy for producing long-lasting, high performance catalysts for emerging sustainable technologies.

The collaboration between the University of Manchester and Diamond Light Source was established to construct and operate an imaging facility at Diamond’s X-ray Imaging and Coherence beamline (I13). Complementary to the Coherence branchline (I13-1), the Diamond Manchester Imaging branchline (I13-2) performs real space imaging and tomography on a length or timescale not achievable in home laboratories. Thanks to the high flux from Diamond, images of high signal-to-noise ratios can be recorded very quickly on I13-2. This enables the study of dynamic processes such as electrochemical deposition for explaining battery failure, bubble dynamics in molten metals for understanding how metals solidify and therefore fail, and the dynamics of the closed cochlea, the part of the ear that converts sound waves to electrical signals.

Manchester assisted financially to the building of the I13-2 branchline and continues to contribute to its beamline staff, operations and development. Diamond owns and has overall responsibility for the branchline, and provides all other funding necessary to ensure I13 conducts world-leading science. I13 has its own beamline team which is led by Principal Beamline Scientist Professor Christoph Rau and director of the collaboration is Professor Neil Bourne.

In return for its investment, Manchester has guaranteed access to beamtime at Diamond. The majority of this is carried out on I13-2, but substantial amounts of beamtime are available on other beamlines as well. Manchester uses I13-2 for research that spans materials science, biomedicine, geology and engineering, as well as methods to develop the fields of X-ray imaging and tomography. To complement the work undertaken at Diamond, Manchester has set up a chapter of the Manchester X-ray Imaging Facility at the Research Complex at Harwell (RCaH) situated next to Diamond. To date the collaboration has produced 78 publications.

The partnership formally began in May 2010 and will continue until at least 2020. Both partners view the collaboration as a long-term, ongoing relationship, working together as key national players in X-ray imaging and tomography as well as providing access to the forefront of new technology. With this vision in mind there are significant plans on the horizon for the partnership. These plans include technical and instrument upgrades as well as increasing the extent of the collaboration to involve many stakeholders. Incorporated in the project is brand new technology, some of which has not yet been accomplished.

The Diamond Manchester collaboration has been involved in many other partnerships including US National Labs, Advanced Light Source, ESRF, CLF and the nuclear industry.