Entia non sunt multiplicanda praeter necissitatem. (William of Ockham, d1349) - Techniques enabled by synchrotron sources, such as Diamond Light Source, provide information on the electronic properties of materials in ever increasing quantity and quality. Judicious application of the wisdom in Ockham’s Razor to the wealth of information enables us to distil from it elements that form a model simple enough to question and, subsequently, refine by testing predictions against additional experimental results. Application to information obtained from two virtuoso experiments on a ceramic superconductor has led to a radical new direction in a saga about its magnetic properties that has run for three decades. Likewise, with a new class of superconductors that are iron-based distillation of copious quantities of excellent data has revealed a key question that can be answered with a synchrotron-based technique. For both superconducting materials answers to current questions must lead to yet more questions and experiments, because to be divine and Canute-like, in the belief we have proof about any material property, is likely to make us equally foolish in the long-run. - What is important is not proof (for who can be said to have proved anything) but what is most probable to the rational, informed mind. (Louise Barron)

Electronic entities unearthed by X-ray diffraction in experiments conducted during the past few years were initially thought strange but, with the passage of time, they emerge as central characters in various material properties. The entities in question are magneto-electric multipoles, and best known are a magnetic charge (monopole) and an anapole (toroidal dipole)1, 2.
The family of atomic multipoles is constructed with the magnetic moment and electric moment of electrons, and is known generically as magneto-electric. By construction, magneto-electric multipoles change their sign when either time or spatial coordinates change direction - they are time-odd and parity-odd entities. The label magnetic charge is justified by the observation that a “magnetic charge” inserted in Maxwell’s equations, with symmetries of the electric and magnetic field unchanged, is both time-odd and parity-odd. While the magnetic charge in question and Dirac’s magnetic monopole share the same discrete symmetries, one is attached to a magnetic ion while Dirac’s magnetic monopole - yet to be observed - is a fundamental unit of charge, just like its brother ‘the electron’ is the fundamental unit of electric charge3. It now appears certain that magneto-electric multipoles are protagonists in a saga that has captivated many researchers for almost three decades.
Mechanisms for superconductivity in hard, brittle ceramic materials formed from layers paved with squared CuO2 plaquettes remain unsettled, long after the surprising property was discovered in a barium-doped compound of lanthanum and copper oxide4. Below optimal doping of holes, at which the critical temperature is a maximum, a pseudo-gap phase exists with unconventional electronic properties. There is no clear jump in the specific heat on entering the phase, and there is no experimental evidence to show that translation symmetry of the lattice changes either. 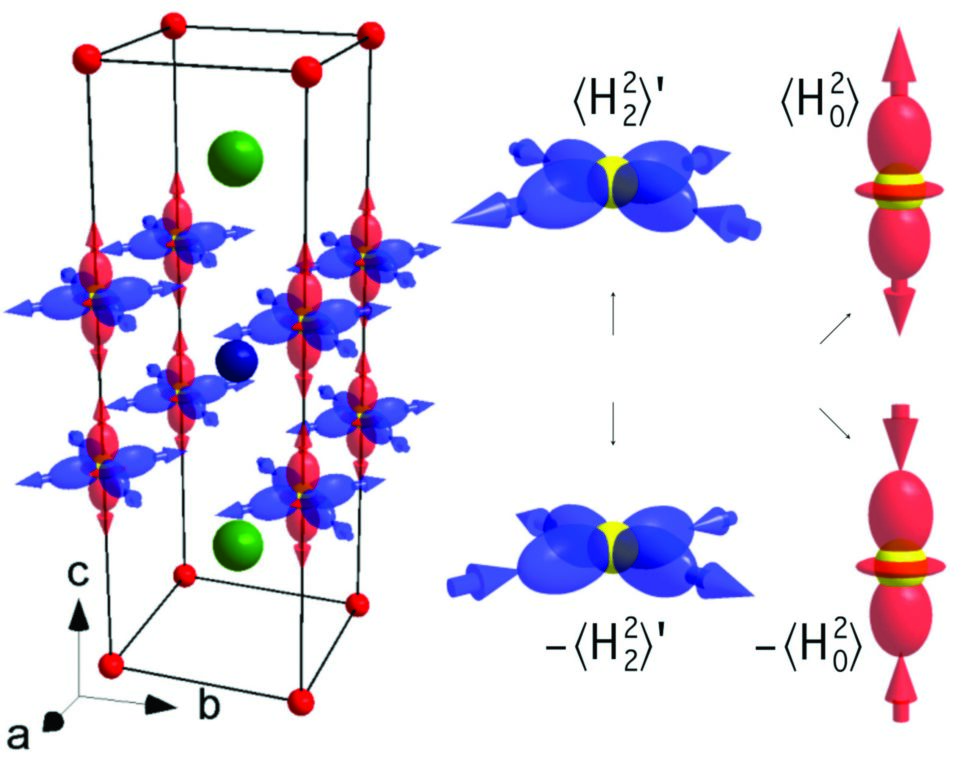 Figure 1: Ferro-type ordering of magneto-electric quadrupoles in CuO2 planes for YBCO in the pseudo-gap phase. Magneto-electric multipoles are constructed from products of the spin and electric dipole operators, S and n. Arrows indicate spin directions in magnetic charge-like quadrupoles (H20) α (3Sz nz - S • n) and (H2+2)’ α (Sx nx - Sy ny), together with their response to spatial or time inversion. Figure prepared by D D Khalyavin 7.
Compelling evidence for long-range magnetic order in the pseudo-gap phase in the underdoped region of the phase diagram has come from elegant Bragg diffraction experiments on crystals of YBCOx (YBa2Cu3O6 + x) with different hole doping, using the technique of neutron polarisation analysis5. A key finding from the studies is that magnetic order in the pseudo-gap phase of YBCO is indexed on the chemical structure. No less compelling is observation of the rotation of polarisation of reflected light (Kerr effect) that is a direct manifestation of broken time-reversal symmetry generally associated with long-range order in which there is a net magnetic moment6. Both sets of observation, neutron Bragg diffraction and Kerr effect, are fully explained by a ferro-type order of magneto-electric quadrupoles that is depicted in Fig. 1. To achieve this new direction in understanding the physical properties of cuprate superconductors it was first necessary to prove that neutrons, like photons, are diffracted by magneto-electric multipoles8.

Inevitable gloss and glitter in welcoming literature for a new family of superconductors has been followed with girth and gravitas in numerous studies. Despite which, a mechanism of superconductivity in iron pnictides and iron chalcogenides is not settled1. Interplay between magnetic and structural degrees of freedom is a central problem, for knowledge of the normal state from which superconductivity emerges is crucial to uncovering its true nature.

A seemingly subtle facet of the electron structure of Ba1 – x Nax Fe2 As2 with x ≈ 0.24 – 0.28 might prove exceptionally insightful. At a temperature ≈ 38 K, well above the temperature where superconductivity emerges (Tc ≈ 25 K), the orthorhombic magnetic material undergoes a structural transition that restores tetragonal symmetry of the parent (paramagnetic) structure. However, the re-entrant tetragonal phase actually hosts two orbital motifs depicted in Fig. 1 and neither one is labelled by a set of ion displacements, relative to the parent structure, that could be picked up by standard Bragg diffraction experiment2. 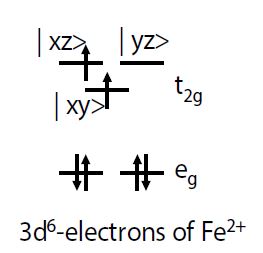 Figure 1: Ferrous ions - Fe2+ (5D) in tetrahedral coordination with As ions - possess degenerate xz and yz orbitals as shown in the picture in the tetragonal parent structure with the I4/mmm1’ symmetry. In the low temperature re-entrant tetragonal phase with either P4/mnc1’ or I4221’ symmetry orbital degeneracy is removed, but the symmetry of the orbital ordering does not allow any coupling to atomic displacements or symmetry-breaking strain components.

A similar, purely electronic, transition has been discovered in neptunium dioxide (NpO2) by exploiting Templeton & Templeton X-ray scattering3, 4. In the case of Ba1 – x Nax Fe2 As2 it has been shown that Templeton & Templeton scattering does indeed distinguish between the three tetragonal structures of interest; the parent (I4/mmm1’) and the two depicted orbital motifs (P4/mnc1’ and I4221’).

Observation of the orbital motifs offers more insight to electronic properties of Ba1 – x Nax Fe2 As2 than meets the naked eye, because they are distinct signatures of the mechanism by which the orthorhombic magnetic phase is created. The two motifs arise from orbital ordering of the iron 3d-electrons that renormalises exchange parameters in the material and triggers magnetic order. Other folk argue that orthorhombic magnetic order is instead created by magnetic fluctuations, but this mechanism does not lead to tetragonal orbital motifs in the re-entrant phase2.

Figure 2: Ba ions in Ba1 – x Nax Fe2 As2 are depicted as large green spheres, and Fe ions coordinated by As ions are red dots with their 3d-orbitals coloured blue.